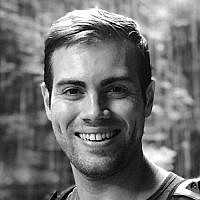 The Blogs
Ariel Bem
Apply for a Blog
Please note that the posts on The Blogs are contributed by third parties. The opinions, facts and any media content in them are presented solely by the authors, and neither The Times of Israel nor its partners assume any responsibility for them. Please contact us in case of abuse. In case of abuse,
Report this post. 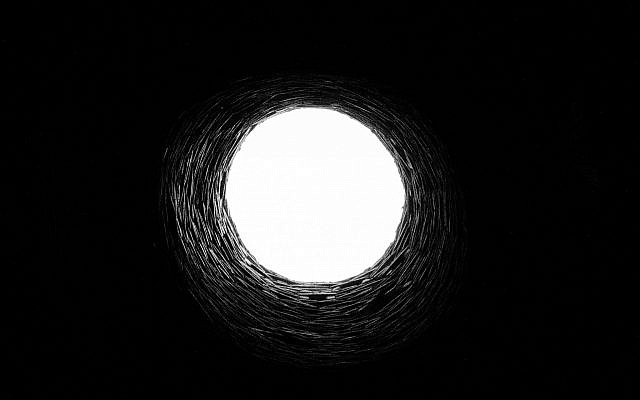 Photo by Valentin Lacoste on Unsplash

I have dedicated years of my life to Israel advocacy and Jewish leadership. Be it by debating Israel’s right to exist on campuses, or extolling the morality of Israel’s military with foreign delegates, I never stopped believing that the most important battle is the war of words.

Until last week, I was certain that Israeli advocacy was the key to solving this conflict; however, I have just come to terms with the fact that the war for legitimacy has ended. Israel lays defeated in the mud of the media’s battlefield.

This has been particularly hard to swallow. As a leader who aspires to be a part of this conflict’s solution, I envision a future where Israel is an inspiring key player in the global arena.

From a young age I understood that leadership is not about personally instigating change; rather, leadership is about inspiring others to join a mission of change. And nothing can be changed without the backing of a movement.

This became especially clear to me in the military. As an officer in a combat unit, being an educator was my primary focus. Preparing troops for battle may be the short-term goal, but my main objective was to inspire them to be exemplar individuals driven to better the world around them.

The group of 18-year-olds I commanded would eventually become the next generation’s parents, educators, and leaders. I had an opportunity to embolden them with a mission of dedication to their country, communities, and families.

Until today, I never took into account that my enemies were doing exactly the same.

As I look at pictures of thousands of people gathering around the globe to promote the destruction of my country, I don’t see a group of disillusioned individuals. I don’t view these inflamed protesters, particularly the younger ones, as confused youth. Rather, I see them as the leaders of tomorrow backing a reprehensible cause of perverted justice.

The anti-Israel movement, more than its pro-Israel counterpart, understands that the youth of today are the leaders of tomorrow. The movement is working tirelessly to inculcate the next generation to hate Israel and, by proxy, to hate Jews.

Israeli activists may counter this rhetoric by sharing videos on Facebook describing the morality of the IDF. They may combat anti-Israel Tweets with messages of Israeli solidarity and may fact-check and report posts on Instagram.

Regardless of truth or facts, this army of motivated and determined youth, hate Israel with a passion. Those who are fervent enough to denigrate Israel will become the next generation’s parents, educators, and leaders.

Currently, the politicians espousing anti-Israel sentiment may be regarded as fringe players or extremists. Yet, within a generation, how many more progressive leaders will deem it right to endorse a terror organization, rather than back the only democracy in the Middle East? And how many of the leaders of tomorrow, from both sides of the political spectrum, will prefer to defend the Jew-beating hooligans, as opposed to the supporters of the West’s greatest ally in the region?

For years we have been teetering on a precipice above a very dark abyss. As an advocate for Israel, I am terrified that this is the final push forward.

I fear that there is no going back. We must come to terms with this horrifying reality. Israel has been defeated by the media and it is only a matter of time before the voices of the fringe extremists become mainstream.

The future looks bleak, yet the Jewish people have survived far worse. Israel must begin building contingency plans to face this new reality head-on. As Israelis and Jews, we must understand that we will always be hated. This hatred will only grow over time, regardless of how many Tweets or Instagram posts we share.

Yet in times like these, leadership is paramount. I may not succeed in convincing the Western leaders of tomorrow that Israel has a right to exist, yet I am obligated to do everything in my power to strengthen the social fabric of my family, community, and nation.

Although Israel will be faced with dark years in the international arena, it is my responsibility, and that of my peers, to band together and lead this nation to a place of love, peace, and unity. A united Israel is a strong Israel. It is up to us, the Israeli leaders of tomorrow, to ensure that we can pull ourselves away from the abyss.

About the Author
Ariel was born in Toronto, Cananda and moved to Israel at the age of 12 with his family. He is currently studying Law and Government at the IDC, Herzeliya and is a Fellow in the Argov Program for Leadership and Diplomacy.
Related Topics
Related Posts
Comments