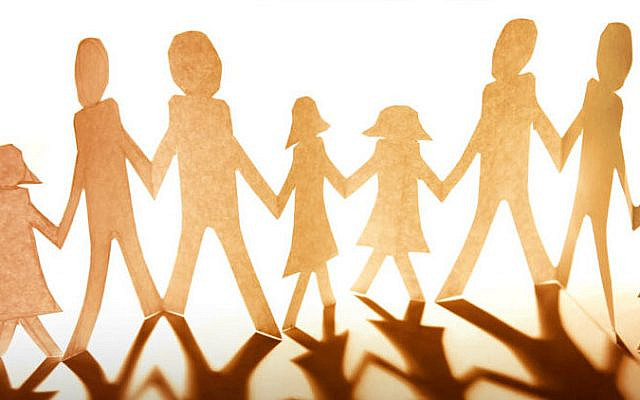 If you want to understand what a book is about, look carefully at how it ends. Genesis ends with three deeply significant scenes.

First, Jacob blesses his grandsons, Ephraim and Manasheh. This is the blessing that Jewish parents use on Friday night to bless their sons. My predecessor Lord Jakobovits used to ask, why this blessing of all the blessings in the Torah? He gave a beautiful reply. He said, all the others are from fathers to sons – and between fathers and sons there can be tension. Jacob’s blessing of Ephraim and Manasheh is the only instance in the Torah of a grandparent blessing a grandchild. And between grandparents and grandchildren there is no tension, only pure love.

Second, Jacob blesses his twelve sons. There is discernible tension here. His blessings to his eldest three sons, Reuven, Shimon, and Levi, read more like curses than blessings. Yet the fact is that he is blessing all twelve together in the same room at the same time. We have not seen this before. There is no record of Abraham blessing either Ishmael or Isaac. Isaac blesses Esau and Jacob separately. The mere fact that Jacob is able to gather his sons together is unprecedented, and important. In the next chapter – the first of Exodus – the Israelites are, for the first time, described as a people. It is hard to see how they could live together as a people if they could not live together as a family.

Third, after the death of Jacob, the brothers asked Joseph to forgive them, which he does. He had also done so earlier. Evidently, the brothers harbour the suspicion that he was merely biding his time until their father died, as Esau at one point resolved to do. Sons do not take revenge within the family while the father is alive – that seems to have been the principle in those days. Joseph speaks directly to their fears and puts them at rest. “You intended to harm me but God intended it for good,” he says.

The Torah is telling us an unexpected message here: the family is prior to all else, to the land, the nation, politics, economics, the pursuit of power and the accumulation of wealth. From an external point of view, the impressive story is that Joseph reached the heights of power in Egypt, the Egyptians themselves mourned the death of his father Jacob and accompanied the family on their way to bury him, so that the Canaanites, seeing the entourage said, “The Egyptians are holding a solemn ceremony of mourning” (Gen. 50:11). But that is externality. When we turn the page and begin the book of Exodus, we discover that the position of the Israelites in Egypt was very vulnerable indeed, and all the power Joseph had centralised in the hands of Pharaoh would eventually be used against them.

Genesis is not about power. It is about families. Because that is where life together begins.

The Torah does not imply that there is anything easy about making and sustaining a family. The patriarchs and matriarchs – Sarah, Rebecca and Rachel especially – know the agony of infertility. They know what it is to wait in hope and wait again.

Sibling rivalry is a repeated theme of the book. The Psalm tells us “how good and pleasant it is for brothers to dwell together.” It might have added, “and how rare.” Almost at the beginning of the human story, Cain kills Abel. There are tensions between Sarah and Hagar that lead to Hagar and Ishmael being sent away. There is rivalry between Jacob and Esau, and between Joseph and his brothers, in both cases coming close to murder.

Yet there is no diminution of the significance of the family. To the contrary, it is the main vehicle of blessing. Children figure as central to God’s blessing no less than the gift of the land. It is as if the Torah were telling us, with great honesty, that yes, families are challenging. The relationship between husband and wife, and between parent and child, is rarely straightforward. But we have to work at it. There is no guarantee that we will always get it right. It is by no means clear that the parents in Genesis always got it right. But this is our most human institution.

The family is where love brings new life into the world. That in itself makes it the most spiritual of all institutions. It is also where we have our most important and lasting moral education. To quote Harvard political scientist, the late James Q. Wilson, the family is “an arena in which conflicts occur and must be managed.” People within the family “love and quarrel, share and sulk, please and disappoint.” Families, he says, “are the world in which we shape and manage our emotions.”[1]

The Torah guides us through areas that have been identified in the 20th century as the most important arenas of conflict. Freud saw the Oedipus complex – the desire to create space for yourself by removing your father – as one of the primary drivers of human emotion. Rene Girard saw sibling rivalry as a, perhaps the, source of human violence.[2]

I have argued that the story of the Binding of Isaac is directed precisely at the Oedipus complex. God does not want Abraham to kill Isaac. He wants him to relinquish ownership of Isaac. He wants to abolish one of the most widespread beliefs of the ancient world, known in Roman law as the principle of Patria potestas, that parents own their children. Once this has gone, and children become legal personalities in their own right, then much of the force of the Oedipus complex is removed. Children have space to be themselves.

I have argued also that the story of Jacob’s wrestling match with the angel is directed against the source of sibling rivalry, namely mimetic desire, the desire to have what your brother has because he has it. Jacob becomes Israel when he ceases wanting to be Esau and instead stands tall as himself.

So Genesis is not a hymn to the virtue of families. It is a candid, honest, fully worked-through account of what it is to confront some of the main problems within families, even the best.

Genesis ends on these three important resolutions: first, that grandparents are part of the family and their blessing is important. Second, Jacob shows it is possible to bless all your children, even if you have a fractured relationship with some of them. Third, Joseph shows it is possible to forgive your siblings even if they have done you great harm.

One of my most vivid memories from my early days as a student was listening to the BBC Reith Lectures in 1967. The Reith lectures are the BBC’s most prestigious broadcast series: the first to deliver them was Bertrand Russell in 1948. In 1967 the lecturer was the Cambridge Professor of Anthropology, Edmund Leach. I had the privilege of delivering these lectures in 1990.

Leach called his lectures A Runaway World?, and in his third lecture he delivered a sentence that made me sit up and take notice. “Far from being the basis of the good society, the family, with its narrow privacy and tawdry secrets, is the source of all our discontents.”[3] It was an important sign that the family was about to be dethroned, in favour of sexual liberation and self-expression. Rarely has so important an institution been abandoned so thoroughly and so lightly.

The consequences have been widespread and devastating. To take one example, the birth rate in Europe today is far below replacement rate. A fertility rate of 2.1 (the average number of children born per woman of the population) is necessary for a stable population. No country in Europe has that rate. In Spain, Italy, Portugal and Greece, it is down to 1.3. The overall average is 1.6. Europe is maintaining its population only by immigration on an unprecedented scale. This is the death of Europe as we knew it.

Meanwhile in the United States, a significant part of the population is living in neighbourhoods with few intact families, disadvantaged children, damaged neighbourhoods, poor schools, few social facilities, and a desperate shortage of hope. This, for sections of America, is the end of the American dream.[4]

People who look to the state, politics and power, to deliver the good, the beautiful and the true – the Hellenistic tradition – tend to regard the family and all it presupposes in terms of fidelity and responsibility as a distraction. But for people who understand not just the importance of politics but also its limitations and dangers, relationships between husband and wife, parent and child, grandparent and grandchildren, and siblings, are the most important basis of freedom. That is an insight that runs all the way through Alexis de Tocqueville’s Democracy in America, summed up in his statement that “as long as family feeling was kept alive, the opponent of oppression was never alone.”[5]

That, surprisingly, is what Genesis is about. Not about the creation of the world, which occupies only one chapter, but about how to handle family conflict. As soon as Abraham’s descendants can create strong families, they can move from Genesis to Exodus and their birth as a nation.

I believe that family is the birthplace of freedom. Caring for one another, we learn to care for the common good.

2. Why does the Torah spend a whole book on Abraham and his family?

3. Why do you think family is such a central value in Judaism?