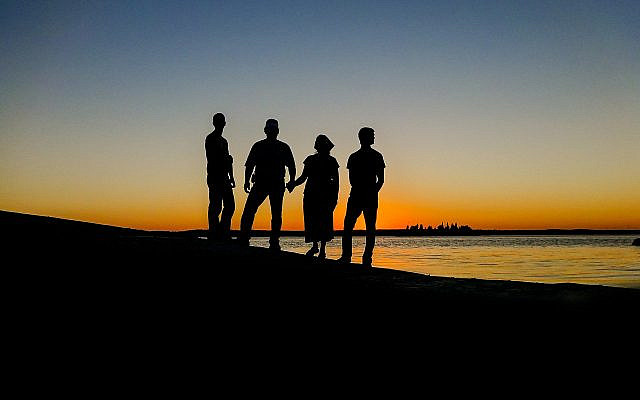 Does the Torah advocate or permit a person to sacrifice obligations to the family if he or she devotes himself or herself to serving God?

This question comes up in the context of the giving of the Torah, which we are about to celebrate on Shavuot. After Moshe receives the Torah, God tells him that the people are to return to their tents, but as for Moshe, “וְאַתָּ֗ה פֹּה֮ עֲמֹ֣ד עִמָּדִי֒ – you stay here with me,” (Deuteronomy 5:28). Everyone else goes back to their domestic abode, while Moshe alone stays with God, leaving his wife and children behind.

For the rabbis, this is what Aharon and Miriam were gossiping about when they spoke about Moshe’s wife (Numbers 12:1-2). Why, they asked, did Moshe leave his wife when we did not leave our spouses? Does God not talk also to us? To which God responds (Numbers 12:7): “Moshe is not like all other prophets.”

We are presented with two models: One, a person who has given him- or herself totally over to God, and who may, and perhaps must, put family second so that this process of dedication can be complete. And two, a person devoted to God, but who also lives in the real world and, as such, cannot ignore his or her this-worldly obligations to family.

We can go further and say that the Moshe-model represents not only total dedication, but also a singular, even unique, person in a generation. There is only one Moshe – for him this choice is the right one. As it would be for anyone else who is also truly unique. For the rest of us mortals, though, no matter how immersive is our service of God, family may not be ignored.

The same dichotomy can be seen in Parshat Emor. At the opening of the parsha, the Torah states that a Kohen may not become impure through touching a dead body. Right afterwards– without even catching its breath–the Torah states that there are exceptions to this rule. If the person who died is an immediate relative, then not only may he become impure, he must do so. The Rabbis tell the following story (Sifra Behar 1:12):

“To her (his sister, or any family member) he shall become impure–It is a mitzvah to do so. If he refuses, we force him to do so. It happened once that the wife of Yosef the Kohen died on the eve of Pesach, and he did not wish to make himself impure for her, so the Sages pushed him and made him do so against his will.”

The Kohen is a person not only dedicated to the service of God, but one who is also part of the vessels of the Beit HaMikdash and even considered a representative of God to the people. Yet such service and such a role do not allow him to ignore his family. He leaves the Beit HaMikdash and excludes himself from re-entry for seven days in order to tend to the urgent needs of his family. 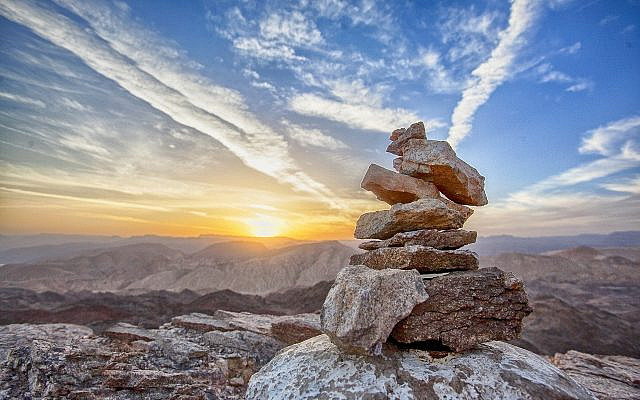 The obligation to live a life that properly balances our religious and domestic responsibilities also emerges from a discussion in the Talmud (Kiddushin 29b) regarding whether a man should first get married or first spend years learning Torah. The Talmud’s conclusion is that if a person chooses to marry first, he needs to be aware that he cannot fully immerse himself in learning. His learning of Torah must be interrupted when his domestic duties call, regardless of how this might compromise his Torah study.

There is one exception to this life of balance. The Kohen Gadol stands in stark contrast to the regular Kohen. He may not become impure for anyone. Even if a wife or parent or child dies, he must remain in the Beit HaMikdash, attaching himself to God and the Temple.

The Kohen Gadol, like Moshe, is a singular person in his generation. There is only one Kohen Gadol, and he is in a category all by himself. Family must suffer so he can be who he was meant to be.

There are indeed some unique people who actually can and should be fully devoting themselves to their mission, even if it means leaving behind a spouse and children. We don’t ask what type of parent Martin Luther King Jr. was. Such a question is irrelevant to his lasting legacy and impact, although it was the furthest thing from irrelevant to his actual family. His singular devotion to his vision is what changed society, and it could not have been any other way.

When I was growing up, I heard stories of such complete devotion told about the Vilna Gaon. Once, his sister travelled hundreds of miles to see him. He stepped out of his study, said hello, and then turned back to re-enter his study. His sister started crying: “We haven’t seen each other in 20 years, and all you have time for is ‘hello’?” To which he responded: “There will be plenty of time to talk in Olam HaBa; now we have to learn.”

Such a choice perhaps made sense for the Vilna Gaon (although even here, one does wonder if he couldn’t have given her a few more minutes!). The problem was that I was told these stories as behavior to be emulated. Not only is such a message unhelpful when someone is not able to live up to that model, it is actually against the Torah’s teaching of a Kohen Gadol in contradistinction to everyone else. The Vilna Gaon can be, and was, the Kohen Gadol of his generation. The rest of us, even the Torah scholars among us, are just Kohanim. For us, when family urgently calls, we may and must leave the Temple.