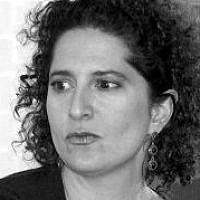 The Blogs
Betty Herschman
Apply for a Blog
Advertisement
Please note that the posts on The Blogs are contributed by third parties. The opinions, facts and any media content in them are presented solely by the authors, and neither The Times of Israel nor its partners assume any responsibility for them. Please contact us in case of abuse. In case of abuse,
Report this post.

The news is rife with stories about the dramatic increase in violence in East Jerusalem and the recycled specter of a “third intifada,” heightening fears while distracting attention from the political complexity of violence in Israel’s disputed capital city. Clashes triggered over the summer by the war in Gaza — and the spate of kidnappings, murders and raids preceding it — have been reignited by the recent death of 16 year old Muhammad Abd al-Majid Sunuqrut, now believed killed by a police issued sponge tipped bullet to the head. In parallel, the virulently racist, anti-assimilationist group Lehava recruits nightly from a stand in Kikar Tzion and Palestinian cab drivers remain the target of brutal racist attacks in West Jerusalem. How we respond to the current upheaval will have lasting implications not only for the city but for the more global relationship between Israelis and Palestinians.

The week before last, the Interior Committee, chaired by Miri Regev, hosted a six hour tour and discussion of violence in the city, the participant roster and itinerary of which reveal how one segment of the Israeli government understands the issue. Included were Likud MK Moshe Feiglin — known for his bold promotion of Israeli sovereignty over the Temple Mount/Haram al-Sharif — Bayit Yehudi MK Moti Yogev; and guests Ateret Cohanim settler leader Mati Dan; Arieh King, city councilor and director of the Israel Land Fund, founded to acquire “all the land of Israel for Jewish People”; and 15 settlers not only invited to ride the bus but afforded a generous speaking platform. The itinerary covered Mount of Olives, the City of David and Kidmat Tzion. Not one Palestinian was interviewed, nor was a stop made to Kikar Tzion, the organizing ground for much of the brutal violence being waged against Palestinians.

Instead, Regev’s tour focused its attention on six families from Beit Yonatan and two from Kidmat Tzion. Beit Yonatan is not just any settlement; it’s a settlement in the heart of Palestinian Silwan, erected without a building permit, against which there is an outstanding order for evacuation and sealing. Despite being incontrovertibly declared illegal by the Supreme Court of Israel in 2008, with the open support of Mayor Barkat six families continue to reside in Beit Yonatan. Kidmat Tzion is located within the Palestinian neighborhood of Ras al Amud. Today it houses only two families but the name is also attached to a plan for 200 new settlement units that likewise enjoys the mayor’s support.

The tour itinerary serves as telling metaphor for how participants draw their map of Jerusalem — what they see and what they deliberately choose to overlook. One might expect an organized tour on violence hosted by public officials to treat the issue comprehensively, attempt to parse out some of its root causes, include a range of voices, invite experts to share a spectrum of strategic responses. Instead, the tour, also attended by Police and Ministry of Justice representatives, delivered a single minded emphasis on punishment and policing of the Palestinian community. Despite a record of 700+ arrests since July 2, the day of 16 year old Mohammad Abu Khdeir’s kidnapping and murder, Regev and crew soundly lambasted District Police Chief Yossi Pariente and senior officers attending the tour for their impotent response to growing tensions in East Jerusalem. Ministry of Justice representatives were likewise taken to task for their leniency by Regev’s team, which advocates ten year sentences for stone throwers.

But fellow MK Yogev’s demand to bring the army into East Jerusalem — the draconian position it represents and the summary refusal to even consider complementary solutions — is only one facet of the picture. The issue is not simply the ill-advisability of drastic force in response to violence; nor that blindness to its root causes — including the role of the Gaza war in inflaming tensions in East Jerusalem and the resultant irrefutability of the national connection between East Jerusalem and Gaza and the West Bank — is sure to keep the futile Habitrail of conflict in perpetual motion. What this tour reveals is that prominent rightwing members of the political establishment will abuse any opportunity to gain a foothold in Palestinian neighborhoods; in this case, exploiting violence as a pretext for promoting a policy of Palestinian displacement and consolidation of land around the Historic Basin.

In other words, this influential segment of the Israeli government proudly endorses the violent use of settlement building to push Palestinians out of their homes and seize their land, further fanning the flames in Jerusalem and deepening the conflict at large.

About the Author
Betty Herschman is Director of International Relations & Advocacy at Ir Amim; She made aliyah from Boston in 2008 to confront issues more personally tied to Jewish identity and conflict resolution and to serve as a bridge between the Jewish American and Israeli worlds; She has more than 20 years of experience in program development, advocacy, communications and organizational development
Comments