The Blogs
Ramón Epstein
Apply for a Blog
Advertisement
Please note that the posts on The Blogs are contributed by third parties. The opinions, facts and any media content in them are presented solely by the authors, and neither The Times of Israel nor its partners assume any responsibility for them. Please contact us in case of abuse. In case of abuse,
Report this post. 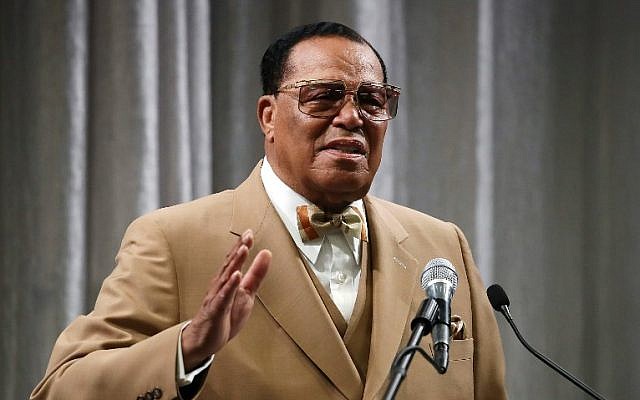 Nation of Islam Minister Louis Farrakhan may emerge as strong as ever from the current controversy, but associations with him are wrecking the internal cohesiveness of the Democratic Party, Women’s March, and Congressional Black Caucus. (Mark Wilson/Getty Images/AFP, via The Times of Israe)

Last week I released my fourth video documenting the shocking statements of Nation of Islam spiritual leader Minister Louis Farrakhan concerning a number of topics. The main focus of the controversy regarding Farrakhan has been his blatantly anti-Jewish attacks, specifically his Saviour’s Day 2018 denunciation of the Jews as “my enemy“. In the course of this project, I have come to discover just how much tunnel vision there is in regards to this topic.

To be fair, I have frustrations with all sides in this matter except ironically Louis Farrakhan. That’s not because I support Farrakhan, but rather with the help of the open-sourced video footage put on the web by some of his followers like Brother Ben X and Saviour’s Helper it is much easier to show the world that beyond Minister Farrakhan’s hateful statements on Jews he has several other nuggets of intolerance that have nothing to do with them.

Anti-Semitism is a form of prejudice, and yes it often includes very irrational and paranoid interpretations of real-world events, but the fact is that the controversy over Farrakhan’s remarks are not reflective of the real contradictions of leaders within the Women’s March and Congressional Black Caucus giving to or accepting support from Minister Farrakhan. In reality, as should be evident by now through the behaviour of progressive left leaders from Jeremy Corbyn to Cynthia McKinney in their minds there is nothing contradictory about supporting the most rabid anti-Jewish organizations and causes in the world and being a feminist, anti-racist, pro-worker progressive. Usually what they will do is frame these positions as “anti-Zionism” and accuse their opponents of being war crimes apologists for Netanyahu.

While I do think that that is a way of dodging the truth and an exercise in cognitive dissonance, anti-Israel demagoguery does not contradict the principles of feminism, anti-Islamophobia, anti-racism, anti-religious bigotry, and workers rights advocacy. But what I’ve struggled to do since starting this project is to show ways that supporting Farrakhan does indeed contradict virtually all of those causes with the exception of workers rights. That is why I have coined the term #FarrakhanFeminism for the completely contradictory position of the CBC, DNC, and Women’s March concerning this topic.

To be clear, I personally have never called for Farrakhan to be silenced, and I stand by his First Amendment rights to say anything he wants as long as it does not threaten anyone directly. 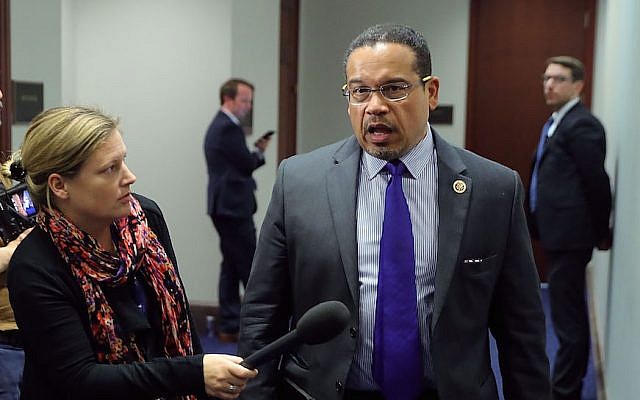 Keith Ellison’s evasive answers to questions over his past with the NOI have only aggravated his political fortunes with group supporters as well as opponents. (Chip Somodevilla/Getty Images via JTA, via The Times of Israel)

So let’s review the areas where I have shown through video footage of Farrakhan himself and his colleagues in the Nation of Islam and his allies that he is much more of a racist than anyone that the Women’s March and CBC condemns. Indeed, once you watch any one of these videos you will come away wondering why on G-d’s green earth Linda Sarsour, Tamika Mallory and Reps. Andre Carson and Maxine Waters even call themselves women’s and gay rights advocates when they won’t explicitly denounce the following:

It is OK in my mind to be indignant personally about only the anti-Judaism part of Farrakhan and the left, but being as we are living in the real world not everyone cares about the Jews. The ADL, or as I prefer to call them the Aiding & Abetting Defamation League, has made a mess of fighting Jew hatred by using the counterproductive method of encouraging social media platforms to employ censorship mechanisms to restrict the free speech of participants.

This has had zero effect on combating Jew hatred, but rather has actually been like pouring gasoline on the fire. Those that are censored on Facebook, Twitter, and YouTube are now turning to alternative technology sites like Gab.ai, Minds.com, and BitChute. There are many who are NOT anti-Semitic like myself (an openly Jewish ex-IDF serviceman) that have also embraced those more open and free platforms while traditional social media is taking a beating in the stock market. 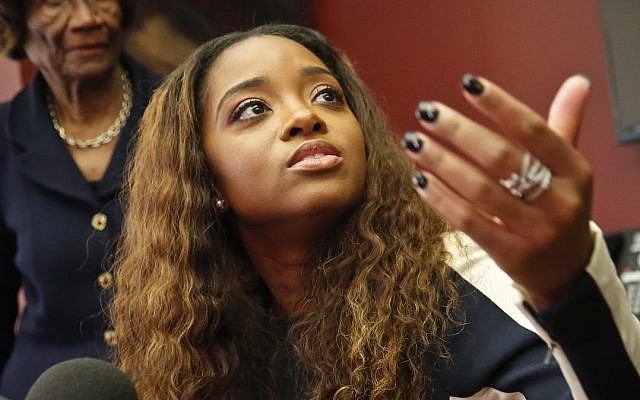 Tamika Mallory’s appearance at the NOI Saviour’s Day helped kick off the current controversy. (AP Photo/Bebeto Matthews, File, via The Times of Israel)

Since this scandal has broken out I have continued to call this saga #FarrakhanFeminism explicitly to call attention to the real issue here: The Women’s March, Democratic National Committee, and CBC have all embraced “Intersectional Feminism” as their public position. For those that do not know, intersectional feminism holds that different social justice causes must cooperate as they are all subject at a certain “intersection” to the same hand of patriarchal, white, Christian oppression. Here are some examples to that point: 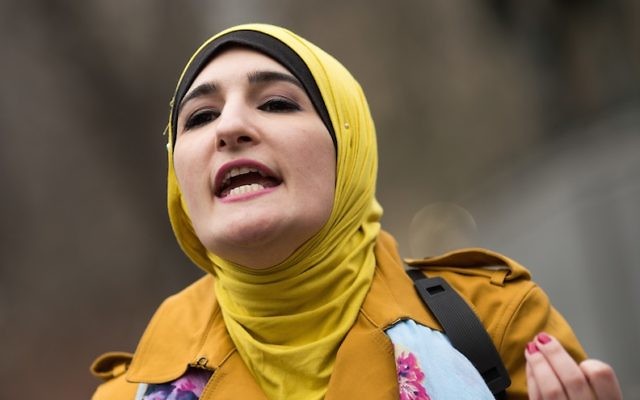 Activist Linda Sarsour speaks during a ‘Women For Syria’ gathering at Union Square, April 13, 2017 in New York City. (Drew Angerer/Getty Images via JTA, via The Times of Israel)

Ultimately, this campaign to hold the Women’s March, DNC, CBC and their leaders to public account is doomed if the focus is exclusively on anti-Jewish activities. Does this mean that hatred of Jews in and of itself should be waved off? Of course not, but the reality is that the thematic contradictions between progressive liberalism and #FarrakhanFeminism extend far beyond Jewish issues to those that include women, gays, Asians, Catholics, white people, and yes even Arabs. The progressive left, paralleling the religious right, has acted for decades to restrict free speech so long as it defines it as “hateful”. By highlighting the comical and creepy ways that Farrakhan’s own statements from the pulpit contradict the very ideals of liberalism regarding all of those groups, we can show that intersectional feminism has always been a smokescreen for the ultimate fake philosophy: #FarrakhanFeminism.