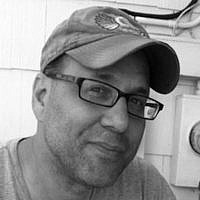 The Blogs
Michael Gold
Apply for a Blog
Please note that the posts on The Blogs are contributed by third parties. The opinions, facts and any media content in them are presented solely by the authors, and neither The Times of Israel nor its partners assume any responsibility for them. Please contact us in case of abuse. In case of abuse,
Report this post.

Believing conspiracy theories must be comforting.

Conspiracy theorists construct a venomous fantasy of an overwhelming threat and they’re believed because they give the believer certainty about who the enemy is.

Believing a conspiracy theory is weakness, a betrayal of your mind’s potential to rationally determine what is truth and what is fantasy.

Farrakhan told that audience the Jewish people “are Satan,” “the enemy of God” and “worthy of chastisement.”

Over the decades, Farrakhan has said about the Jewish people:

Earlier this year, in June, the rapper Ice Cube, a follower of Farrakhan, posted on Twitter a drawing of old Jewish men counting money and playing Monopoly on the backs of shirtless black men who are bending forward with their heads almost between their knees, so the game of making millions by oppressing African-Americans can continue until the end of time.

Unless, the drawing’s caption implies, the black man stands up to the Jewish oppressor.

All this is a license to hurt or kill Jews. If you’re “Satan,” you don’t have any right to live in decent society.

Stephen Jackson, the NBA player, said on Instagram that “Jews are the richest people.”

This would be news to my late father, a small business owner, and my mother, a hospital dietitian, who exhausted themselves to feed their squabbling boys.

Or my grandpa, a Russian immigrant, who had to drop out of school in the eighth grade to go to work after his father died.

The Nation of Islam claims the Jewish people have controlled the slave trade, Congress, the banks, the media.

That’s a lot of work for a tiny minority of 15 million.

And the Jews did all this despite the fact that we got murdered by the Nazis, massacred in Russian pogroms, and intermittently slaughtered in Christian Europe during the Middle Ages.

Along with his admiration of Farrakhan, Ice Cube is a fan of Martin Luther King. He wrote on Twitter: He “was a non-violent peaceful man who taught non-violence.”

Maybe Ice Cube doesn’t know, but Martin Luther King had an important ally in the American Jewish community. Jewish teenagers made up about half the young people who went to Mississippi in 1964 to register African American voters during the Freedom Summer.

In June 1964, two young Jewish men, Michael Schwerner and Andrew Goodman, along with an African American man, James Chaney, were kidnapped and killed, then buried in an earthen dam in Mississippi by the KKK, for trying to register voters.

Also, that June, 16 rabbis helped Dr. King try to integrate a whites-only motel in St. Augustine, Florida. The rabbis marched with King and other protesters, while white citizens in town stood on the sidewalk holding baseball bats, broken bottles and other weapons, screaming that the rabbis were “n-lovers”.

After that, the rabbis prayed in the motel parking lot. Local police arrested them.

The 16 rabbis, all held in one hot and humid little cell during a Florida summer, wrote a letter titled, “Why We Went.”

They humbly wrote: “In the battle against racism, we have participated in only a skirmish.”

Also, they wrote, “We came because we realized that injustice in St. Augustine, as anywhere else, diminishes the humanity of each us…We came to stand with our brothers.”

In partnership with Booker T. Washington, a Jewish philanthropist, Julius Rosenwald helped finance the establishment of public schools for African Americans in the South in the early 1900s, when government wouldn’t provide the funds for minority education. The Jewish community helped found the NAACP.

Does this sound like the synagogue of Satan to you?

Rabbi Hillel said, “That which is hateful to you, do not do to your neighbor. That is the entire Torah.”

About the Author
Michael Gold is a writer living in Pleasantville, New York, a suburb of New York City. His work has been published in The Washington Post, the New York Daily News, The Albany (NY) Times-Union, The Palm Beach Post, The Knoxville (Iowa) Express, The Riverdale (Bronx) Press and other newspapers. He has published four books, including "Suicide Sons," about what would have happened if Abraham had actually killed Isaac, as well as "God In Crisis -- The Destruction of Our Environment and Its Consequences For Our Relationship With God" and "Consumer Culture Is Consuming Us."
Comments