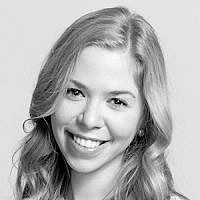 According to Joan Jacobs Brumberg, research suggests that between the 13th and 16th centuries, there were many cases of “pious women” who completely lost their appetites and refused food. These women, in some cases, were of the higher class or belonged to the church.

The concept of self-afflicted fasting, or restriction is one that can be traced back hundreds of years, and yet lacks evidence around whether that fasting could have been categorized similarly to the eating disorders of the past century, specifically Anorexia Nervosa.(Brumber, 1989)

When the concept of fasting is discussed within the Jewish community it is generally related to an upcoming fast day, planning for the pre and post meals, a discussion of how an individual might approach or “get through” the day.

There are times when we fast and have difficulty remembering what that particular day is about and above all why we are fasting; not only related to the history of that day on the Jewish calendar itself, but what the meaning of “not eating” as a religious principle represents.

As a woman who is both recovered from her own struggle with an eating disorder and now a psychotherapist who works in the field of eating disorders, having a day of not eating can feel confusing both with regard to adherence and explanation.

I recently began co-facilitating a group in NYC for women in the Jewish community who are in recovery from an eating disorder. When we met on a recent fast day the participants reported their frustration; wanting to fast but being told they are unable to, not understanding how restriction can be promoted as a religious commandment, guilt or shame around others not understanding their inability to fast at this time, or potentially ever, according to their rabbinic recommendation and/or treatment team.

I took this discussion to a phone call with my father, to explore more about fasting, or not eating, and how to conceptualize not fasting – or fasting – in the framework of eating disorder recovery. Let me begin by saying this: if you’ve opened this article in the hopes of discovering whether or not you as an individual should fast, you will be sadly disappointed. That is a person-specific decision that should include your rabbi and treatment team. Rather, this piece is intended to identify what it means to not eat and how this framework still exists, and can exist, in a world when so many Jewish individuals practice not eating regularly, either related to dieting or weight, or due to mental illness such as an eating disorder.

So what does it mean to not eat? To deprive oneself of food. There is a misunderstanding that even within the throes of an eating disorder, the disorder itself is all about food and weight. This could not be further from the truth. While food and the body can be the focus of someone struggling, the true eating disorder lies in the emotional experience beneath the symptoms; the feelings and the core beliefs about oneself that have twisted together and developed into a full blown disorder. Fasting on one of the 6 fast days is not the same as restricting in the context of dieting or an eating disorder. Not eating on Tish’a B’Av, Yom HaKippurim, Tzom Gedalya, Ta’anit Esther, Asarah B’Tevet, or Shiv’a ‘Asar B’Tamuz cannot be categorized as the same type of restriction, though the behavior of not eating may look the same.

The idea of not eating on one of these days is not the same as the symptom of not eating when one struggles with disordered eating or an eating disorder. And yet, the feeling or experience can feel the same, which can lead to questions like, “does the notion of a fast day support restriction” or “will I ever be able to fast again if I’ve struggled?” During the conversation with my father he reminded me of the reasoning behind not eating on the fast days, and how this reasoning can allow so many who are unable to fast, to still connect with the day and understand the basis for this practice.

When we fast, as adults, we remove ourselves from the material world in the efforts of reminding ourselves of our place in it and of our mortality. While at times fast days become “about the food” the intention is to remind ourselves that even though we know we will survive the day, we are reminded of our fragile, human existence which is so dependent on various factors. In that framework, we are guided to connect to the message of the day itself rather focusing solely on the practice from which we are abstaining. For those in recovery this can be tricky; in general, the person in throes of an eating disorder has an unhealthy relationship with food, and so the notion of abstaining from eating can be feel like encouragement for restriction. We can compare this to the commandment of not wearing leather shoes, which we experience on Yom HaKippurim and Tish’a B’Av. For an individual who owns no leather shoes, this can feel pointless or even easy.

So too for those already practicing, or in recovery from engaging in restriction.

But this does not mean that the idea of the day should be lost. If anything, understanding this idea, and accepting that the individual may not relate at this time can bring ultimate connection to a day that may feel scary, uncomfortable, or triggering.

By understanding the intention of fasting and the history of the fast day, one is able to then connect which may not be possible when the only means of connection is whether or not one eats on this day, and this day alone. I have heard multiple people say, “if there is a value in fasting then I might as well fast more” or “if it’s acceptable to fast then, that’s what I do in my eating disorder so how can you tell me not to?”

The Rambam in Hilchot De’ot states that this attitude in general is misguided; part of the point is the frequency – or moderation – in which the abstinence is practiced. Chazal established these fast days, and fasting should not take place outside the scope of this. This is purposeful; it is so that we may know that fasting whenever, even for the reason of distancing oneself from the physical, is not meant to be practiced. Just as taking too much medicine is not actually good for one’s self if the ailment does not call for it.

So while Brumberg wrote about the connection between religious asceticism and fasting, she also wrote about the disconnection and how Anorexia Nervosa differs than those hundreds-of-year old practices. I too, echo this notion not simply for the sake of intellectual comparison, but to provide some semblance of awareness and validation for all those men and women in recovery whose feelings are stirred up around these fast days. Do what you need to for your recovery, and also practice understanding and self-exploration in accordance with the theme of the day.

About the Author
Temimah Zucker, LMSW is a primary therapist at Monte Nido Manhattan and also works in private practice in the fields of eating disorders, self-esteem, and mental health. Temimah writes and publicly speaking on these subjects and is also an adjunct professor in NYC teaching on the subject of the treatment of eating disorders. For information or inquiries please see her website.
Comments