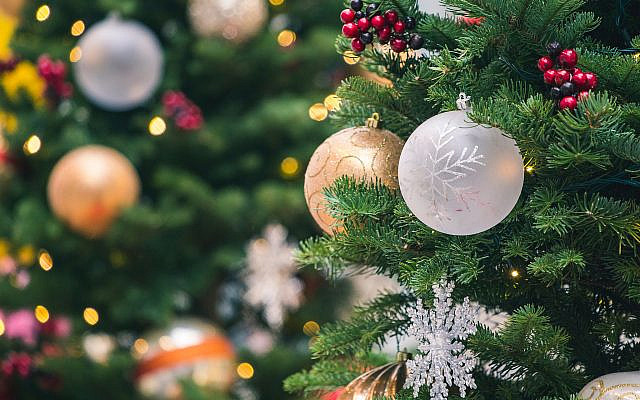 Is My Present Hanging There? (Free for Use Photo by Jimmy Chan from Pexels)

The only thing I am afraid of is fear.

I start with this quotation by Arthur Wellesley, 1st Duke of Wellington. Appropriately enough, he was referring to the 1831 cholera outbreak in London. Not unlike coronavirus, it was carried by sailors with the disease who docked at Sunderland. It did not take long to make its way both north to Scotland and south to London. By the time it was finished, there were some 52,000 dead.

Let us see how the British are dealing with the fear of the coronavirus.

The big news is – Christmas cancelled. Yes, Great Britain’s response to the coronavirus has shown how low this once great country has sunk.

Only last Wednesday, Prime Minister Boris Johnson said it would be “inhuman” to cancel Christmas at such short notice. Yet he has now done just that, Christmas is cancelled. It is not clear how Boris can cancel Christmas any more than he could cancel Tuesday or Friday. Christmas will be there whether he likes it or not but let us not get bogged down in semantics.

Just days from the big day itself, with families cooking up a storm, wrapping presents and decorating the tree, he has left everyone with their pants down, figuratively speaking, of course.

Many people will have booked tickets for a Christmas pantomime. The pantomime is a traditional British Christmas play and gives people an opportunity to visit the theatre. Cancelling pantomimes is the very definition of inhuman.

As in any pantomime, there is the villain, a wicked or evil person, out to spoil the fun. Mr. Johnson has been forced to play this part by the backroom boffins, that’s British slang for a scientist, engineer, or someone in scientific research. The boffins have been putting out scare stories of 4,000 deaths-a-day, with a total of 500,000 deaths to come, accompanied by impressive graphs that no one can understand.

I am reminded of the Duke of Wellington reviewing his troops before the Battle of Waterloo – I don’t know what effect these men will have upon the enemy, but, by God, they frighten me. The scientists don’t seem to be having much effect on the virus, but they have got the entire country in a panic.

Readers will be relieved to hear that in my household December 25 will be the usual festive day and all the family will gather round to celebrate.

No, we have not converted to Christianity, December 25 is my birthday.