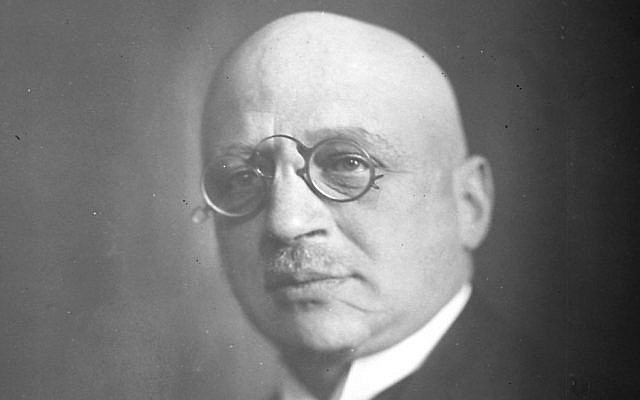 Fritz Haber’s bio page on the Nobel Prize website only mentions briefly in passing his role in advancing chemical warfare used by the Germans so horrifically during World War I. It fails to mention how Haber personally witnessed the Second Battle of Ypres, the first time chlorine gas, that he had advocated for, was used in trench warfare, resulting in the deaths of almost 60,000 British soldiers and thousands of French troops. It does not explain that Haber’s German patriotism led him to state that, “During peace time, a scientist belongs to the world, but during war time he belongs to his country.”

The Nobel Prize committee also makes no mention of Zyklon, the brand name under which Haber’s greatest discovery was sold, and the precursor to Zyklon B, used a decade after Haber’s death to murder so many Jews and others during the Holocaust.

I will not mention any of those things either. Not because I want to whitewash Haber or justify his actions, but because I find no parallel or comparison in this week’s Torah reading that would necessitate a discussion of chemical warfare or mass murder.

To be clear, Haber was not a Nazi. He died less than a year after Hitler came to power and had been very concerned about the rise of Nationalist Socialism. Although he had converted from Judaism to Christianity decades earlier, he resigned from his university position as director of the Kaiser Wilhelm Institute on October 1, 1933, after being ordered to fire all Jewish staff. 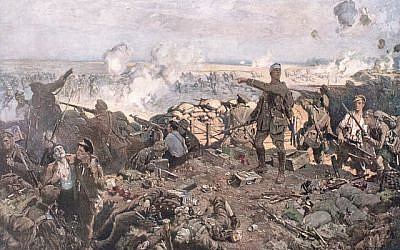 The Second Battle of Ypres. (CC BY, Richard Jack/ Flickr)

On January 29, 1934, Haber died en route to take up a position as director of the precursor to the Weizmann Institute in Rehovot at the personal invitation of Chaim Weizmann. He was only 65 years old. But his discovery changed the world dramatically and impacts our lives to this day.

Haber was born on December 9, 1868, in Breslau, Germany (now Poland). His great-grandfather had been a well-known wood dealer named Selig Haber. Following the edict of 1812, Jews were “to be treated as local citizens and citizens of Prussia,” allowing them for the first time to become businesspeople, lawyers and even politicians.

Haber’s mother, Paula, died three weeks after Fritz’s birth. His father, Siegfried, a merchant who dealt in dyes, paints, and pharmaceuticals, was devastated at his wife’s death, and left Fritz to be raised by various family members.

The Haber family was fairly assimilated into German society, and Fritz identified much more as a German than as a Jew.

As the 19th century drew to a close, there were many problems facing the world, but perhaps none more pressing than how to feed the rapidly expanding global population. There was a limit to how much fields could produce. This could be increased by using guano as manure.

Guano is the excrement of seabirds (and from bats, though that was used more for the manufacture of gunpowder than as fertilizer). Most of the European supply of guano came from remote Pacific islands off the coast of South America. Eventually hundreds of thousands of tons of guano were mined from these islands, often using forced or imported labor. The excrement was shipped around the world, causing unbelievable stench in port towns when the boats arrived. 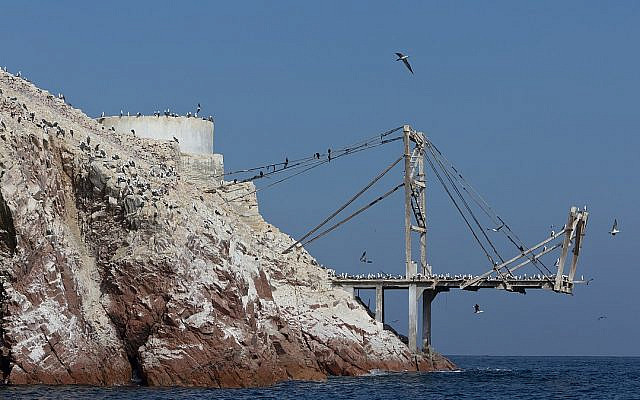 Guano also led to territorial wars. The United States passed the Guano Islands Act in 1856, which allowed it to annex almost 100 uninhabited islands. Other countries, including Britain, Australia, France, Germany, the Hawaiian Kingdom, Japan, and Mexico all claimed guano islands.

The guano allowed farmers to produce greater crop yields, but came at a large human cost. Not only did the excrement miners endanger their lives to harvest the guano, and sailors and port residents had to put up with the stench, but also there were fungi and bacteria that lived in the guano which caused disease in humans and crops. The Irish potato blight leading to the Great Famine has been attributed to a strain of the disease that originated in Peru and was transported with the guano.

And there was an even greater environmental loss as millions of seabirds died off, resulting in damage to ocean life that was sustained by the nutrients in the guano.

In addition to the huge human and environmental costs, guano was a finite resource. By the end of the 18th century, scientists were looking at a potential worldwide famine as guano resources were depleted and farmers would no longer be able to grow crops in the same quantities.

This was the problem to which Haber dedicated himself. 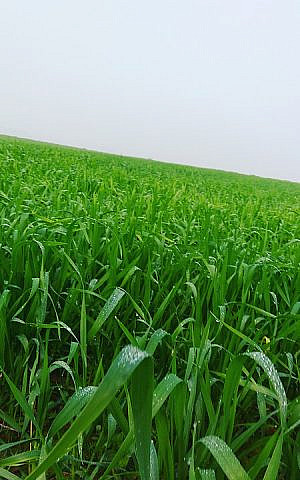 Scientists knew that the nitrogen in the guano was the key ingredient to increased crop yields, but they had no way of making usable quantities of the gas.

From 1894-1911, Haber and his assistant Robert Le Rossignol figured out how to extract ammonia (a compound of nitrogen and hydrogen) from the atmosphere. Since air is approximately 78 percent nitrogen, they now had access to a plentiful supply of the essential element. Unfortunately, Haber’s breakthrough was in a small tube, only 75 centimeters tall. There were no containers large enough for commercial production that could withstand the heat and pressure required to turn air into ammonia.

Haber met Carl Bosch in 1808. Bosch was a metallurgist working for BASF, and he took on the task of developing containers that could use Haber’s method to create industrial amounts of fertilizer. Without Bosch, Haber’s discovery would have remained a scientific curiosity, rather than a world-changing technology. For this reason, the process is known as the Haber-Bosch process. 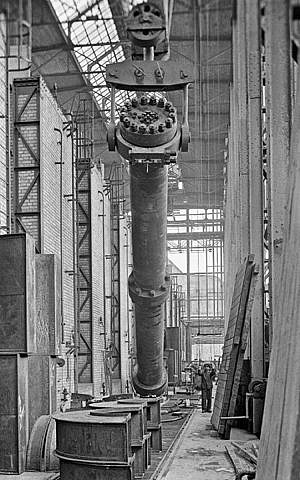 In 1913, Bosch opened the first factory, creating synthetic fertilizer for the first time in human history. Within a short time, guano was no longer needed to feed the world.

As a direct consequence of synthetic fertilizer, crop yield increased dramatically. And with more food available, the human population exploded. In 1900, the world’s population was 1.6 billion. Today, despite two world wars and millions of deaths due to war, disease and starvation, the global population is over 7 billion. Without the Haber-Bosch process, there would have been simply no way of feeding that many people. If average crop yields had remained at 1900 levels, it would take almost half the land on ice-free continents to provide food for 7 billion people, instead of the 15% that is needed today.

Haber won the Nobel Prize in Chemistry for his discovery in 1913 (Bosch won his Nobel prize in 1931). Haber died in 1934 as he was making his way to Israel. In 1981, the Hebrew University established the Fritz Haber Center for Molecular Dynamics in his honor.

This week’s Torah portion, Vayigash, begins with Joseph revealing himself to his brothers and bringing his father, Jacob, and the rest of the family down to Egypt, saving them from famine.

The end of the Torah portion describes the sociological changes that Joseph made to Egyptian society to not only end that famine, but potentially to save it from future famines.

For the past seven years, Joseph had been gathering and storing a fifth of all grain produced by the farmers of Egypt. When the famine began, he had storehouses filled with food that would feed the country during the famine that was about to begin.

However, Joseph took the long view, and used the famine as an opportunity to change the structure of Egyptian society so that the country would never run out of food. The Torah (Genesis chapter 47:14-26) describes how he did so:

So Joseph said, ‘Give your cattle and I will give you [food] for your cattle if you have no money.’

And they brought their cattle to Joseph, and Joseph gave them bread for the horses, flocks, herds and donkeys, and he provided them with bread for their cattle in that year. And when that year was ended they came to him in the second year and said… ‘We have nothing left for my master, only our bodies and our land.’

So, Joseph acquired all the land of Egypt for Pharoah, because every man in Egypt sold his field because of the strength of the famine, and the land belonged to Pharaoh…

And Joseph said to the people, ‘I have acquired you today and your lands for Pharaoh. Take seeds and plant the land. And with your crops, you shall give a fifth to Pharaoh, and four portions will be yours to sow the field and as food, for those in your house and food for your children.’

And they said, ‘You have given us life.’…

Joseph made it a law until this day in the land of Egypt, that a fifth goes to Pharaoh.

Joseph had no technology that would change the world, but he was able to acquire all the land for Pharoah, and levy a tax of one-fifth of all produce grown that would ensure Egypt would have the stockpiles necessary to survive all future famines.

With the food security created by Joseph, the population of Egypt increased dramatically. We know, from the beginning of Exodus that, “The children of Israel were fruitful and multiplied and increased and became very, very great, and the land was filled with them,” (Exodus 1:7). It is possible, or even likely, that the Egyptian population also increased significantly during that time. For example, we find that the Pharaoh of that time was concerned not only about the Israelite population, but that “They may join with our enemies and fight against us and leave the land.” The enemies may have been other populations that expanded rapidly in the centuries following Joseph’s land reforms.

In his fear of rebellion, Pharaoh initially decreed only against the Israelites. But when he tried to curb the population explosion, “Pharaoh decreed to all his people saying, ‘All boys that are born shall be cast into the Nile, and all daughters shall be left alive.’” (Exodus 1:22). He called for all male children to be killed, even those “of his people” to slow the rate of expansion of his nation.

Although the modern human population explosion has taken a huge toll on the environment, causing the extinction of untold numbers of species and destroying forests, oceans and other essential habitats, things may have been far worse if it were not for Fritz Haber and Carl Bosch. Their discovery and technology sustain nearly half the world’s population today.

Similarly, Joseph was able to sustain Egypt for decades and centuries, allowing the population to grow and to flourish.