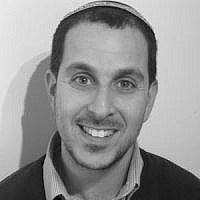 The Blogs
Shaanan Scherer
Apply for a Blog
Advertisement
Please note that the posts on The Blogs are contributed by third parties. The opinions, facts and any media content in them are presented solely by the authors, and neither The Times of Israel nor its partners assume any responsibility for them. Please contact us in case of abuse. In case of abuse,
Report this post. 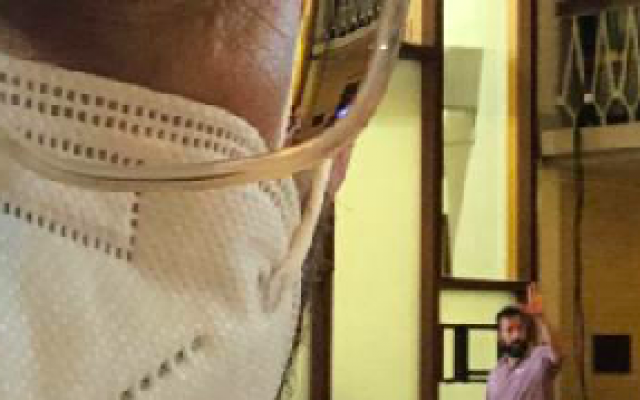 On the set with Adam Sandler at Beth Tzedec.

As a kid, I used to chase after celebrities. I remember as a young teenage boy getting photos, autographs and sometimes even conversations with professional athletes like Eric Lindros, Shaquille O Neal and Charles Barkley to name a few. As a child, I used to be an extra in movies and got to meet some big actors of the time. I’ll never forget spending the day with Tony Danza when Who’s the Boss was one of the top shows of the late 80’s. I was an extra as a Brooklyn Chassidic kid walking the streets of New York. I also got to see John Ritter of Three’s Company and had a fun time with Leslie Nielson both on different sets. I chased after anyone famous I could.

I’ll never forget my last trip to Israel when I met John Bon Jovi. The timing was perfectly planned from Above. So was the place, I was at the kotel after all! He was my favorite rock star when I was ten years old. I’m sure that growing up with mandatory daily tefilah in Day School, I must have asked God at some point to meet Bon Jovi and God answered that prayer from 1989 in 2019 – thirty years later!

I don’t chase celebrities anymore. However, if I could meet one famous entertainer at this stage in my life it would be Adam Sandler: the SNL Jewish icon. I grew up on Adam Sandler. I imitated Billy Madison so many times as a teenager – I actually took that a bit too far sometimes. I say that one of the reasons why I went into education was to go back to school like Billy Madison did. I played the Hanukah Song at my wedding as a love song for my beautiful wife. Instead of singing about so many Jews in showbiz, I sang : “So She’s British, who would have thought? As long as she’s Jewish my zaidy always taught”! We watched 50 First Dates together when we were engaged and of course Billy Madison. I just watched it again with my eight year old son on a special father son trip. I had to skip a few inappropriate scenes but laughing with my son at Adam Sandler felt like (North) American Jewish tradition.

I am a licensed Israel tour guide and some of my greatest moments as a guide have been leading Sandler’s Hanukah song for Birthright participants after lighting the Hanukah candles. For many American Jews, the song is more familiar to them than Maoz Tzur and I have a Little Dreidel. The song gives many Diaspora Jews a boost of Jewish identity and pride which is an important first step for a meaningful Jewish life. Adam Sandler is a celebrity whose Jewish identity is a big part of who he is. As a Jewish educator, that is very important to me.

I heard that Adam Sandler was in Toronto for his new film, You are so NOT invited to my Bat Mitzvah. My google news feed every day on my phone was about different Adam Sandler sitings in the Toronto area. Everyone was posting how friendly and nice he has been to his fans literally everywhere in the city. His reputation as a mentsch seems to be surpassing every other way to describe him. My sister posted in a family WhatsApp chat that her two kids are going to be extras in Sandler’s new film. I asked how I can get Tehilla, my adorable 13-year-old daughter on set. She has no plans and loves Adam Sandler! One thing led to another and there we were on the set with the real life Happy Gilmore. After sharing this story with others I heard that many parents tried but were unsuccessful to get their kids in this film. In contrast, my daughter got the call and it was basically effortless.

So, what does this story have to do with God? I am a modern Orthodox rabbi – Jewish educator. The laws of Shabbat is not something I compromise on. We were originally told that Tehilla was going to be an extra on Wednesday and she was ecstatic for a week leading up to that day. But then the plans changed and we were told Tuesday night that Wednesday won’t work out, but she can be an extra on Thursday and Friday. The problem with the new schedule is that Tehilla would have to commit to working both days without any time limitations including after sundown. Friday sundown is when Shabbat begins and that would force Tehilla to break the rules of Shabbat that we follow. When I heard of the new schedule, I knew that I was going to face a very difficult conversation with my daughter. I feared that she would resent Shabbat observance as it is the reason why she can’t be in Sandler’s upcoming film.

Thankfully, I was so impressed with my daughter’s response, she understood without question that Shabbat is more important than the chance of meeting Adam Sandler and being an extra in his upcoming Jewish film. It was a very proud moment in Jewish parenting for me. My wife and I like many Jewish parents in North America make a big financial investment in Jewish education and this was a moment that we saw the fruits of our hard labour. Living a Modern Orthodox life can often bring tension between Western culture and Jewish values. Ideally, Jewish values come first however that is not always the reality. Tehilla was indeed disappointed when she heard about the new plan that would cancel her Adam Sandler experience but immediately understood the value of Shabbat observance and did not even complain once about it.

The next morning after our difficult conversation, we end up getting a last minute call to be on set for Wednesday!! This means that Tehilla could still be in the film and not have to compromise on Shabbat observance. It felt to me like it was an instant gift from God for passing what could be a challenging test for many kids in her position. I believe that God rewarded my daughter instantly for showing her dedication to Shabbat even at the expense of one of the most exciting opportunities for a 13 year old North American Jewish girl. After all, Sandler has been making comedies for over thirty years, but Jews have been keeping Shabbat for over thirty centuries. We quickly packed our bags, filled out some forms and got to the set. It was filmed at Beth Tzedec; Toronto’s oldest and largest Conservative shul. Not only did we get to watch Adam Sandler direct his daughter star as the Bat Mitzvah girl in the film, but it was in a shul and the catering was strictly kosher.

Adam Sandler is one of many Jewish celebrities. He stands out from most others as he has throughout his career embraced his Jewish heritage and support for Israel. His reputation as a mentsch has left an impact on Toronto and beyond. He decided to do a great chesed for the Toronto Jewish community this summer. There must be hundreds of Jewish kids who are in this upcoming film and had similar experiences similar to my daughter’s. It seemed as though he wanted to reach out to fellow Jews of Toronto to give them a fun experience to work with him on a movie about a Bat Mitzvah. I also got to be on the set as Tehilla’s chaperone and got to watch my favourite Jewish celebrity live in action all afternoon. During the whole experience, as I watched Sandler in the same room as me direct a scene about a challah sale, I felt close to God. I also felt close to God when my daughter and I had that difficult conversation, too. Through the ups and downs of the whole experience, I enjoyed feeling God’s love and care in this once in a lifetime opportunity He gave to me and my daughter. In contrast to my childhood years of chasing celebrities, it seemed as though this special father daughter spiritual memory chased after us.

About the Author
Rabbi Shaanan Scherer currently lives in Toronto, Canada with his wife and 5 children. After spending over a decade living and learning in Israel, Shaanan brings his Israel experience to both his classroom and on his child- centered Israel tours that he guides during winter and summer breaks.