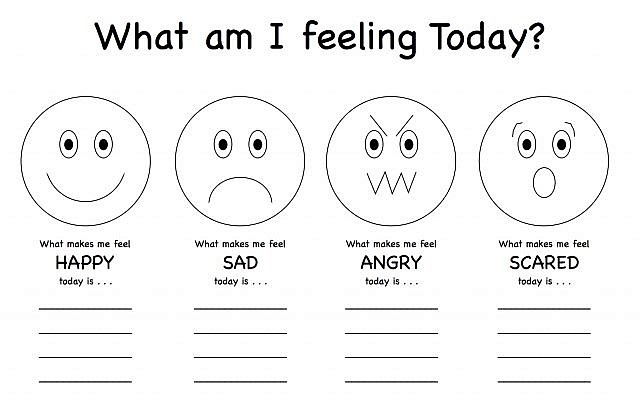 Last night, I devised a scale to express one’s feelings and mindset about them. Every time when I woke up slightly, over the night, I had more ideas about such a scale, and most of them came now, now I’m fully awake. It stays more personal because it doesn’t standardize. It gives a lot of information in a few figures and letters.

I don’t know it’s value. Only time may tell.

The MM (pronounce em-em) Scale has many more possibilities and details than just “how do you feel on a scale 0-100 if 0 is absolutely lousy and a 100 is absolutely fantastic.” First of all, it also expresses how feelings sit with you – what kind of an (un)emotional person you are.

The /time addition says how long you felt like this. And /now is an option.

A /o means that it’s not (only) about yourself but from an observer.

A list of these numbers gives a nice impression of their fluctuation and not only of how you feel but how you see those feelings.

I was feeling good for the last couple of days already, really happy, when I got the bad test results that I had not expected. Not only did it hit me like a ton of bricks. It set off a cascade of doom thinking. What if I can’t compensate this? What if this will show on my final papers? As a result, I may not get the dream job that suddenly could open up. My life in ruins forever. I felt a real panic and when my friend asked how I was doing, I burst into tears. After that, I felt much calmer. Still not so happy and a bit tired and hungry but not in a panic anymore. My brains went into gear and forward. My bad test result was still not great but I could speak to the teacher to learn what happened, see if it is final, maybe I can retake the test or ask what she advises me as repair. In any case, life goes on and I’ll make the best of it.

At the end of a nice day, our daughter got her usual spasm of laughter. I knew that after that, she usually bursts into tears and then calms down, getting very peaceful and relaxed, ready for a bottle and bed. And that’s what happened.

For weeks, I felt nothing, numb. And that was no fun.

Suddenly, I felt so sick, I couldn’t focus, I had pains everywhere, I thought I was dying. I must have eaten something that didn’t agree with me. After I threw up, I felt much better.

Then I’m very sad and then I cheer up a bit but I always fall back to very sad. I know that I’m a very emotional person but I can’t dim it.

I just feel great, whenever I’m aware of my feelings. Sometimes, I’m a bit worried or stressed or annoyed for a couple of minutes but overall, that plays no role in my life. I know how to feel good.

I’m not into feelings. I’m a precise person.

I liked my job. Now, I’m on pension already for a decade and I have no hobbies, nothing to do – I don’t like it. My wife and I have more chance to do something useful, which is nice, like yo shop together, or on a trip, but most of the time, I’m in her way at home.

Would such a scale prove useful?

About the Author
MM is a prolific and creative writer and thinker, an almost daily blog contributor to the Times of Israel, and previously, for decades, he was known to the Jerusalem Post readers as a frequent letter writer. He often makes his readers laugh, mad, or assume he's nuts—close to perfect blogging. He's proud that his analytical short comments are removed both from left-wing and right-wing news sites. * As a frontier thinker, he sees things many don't yet. He's half a prophet. Half. Let's not exaggerate. He doesn't believe that people observe and think in a vacuum. He, therefore, wanted a broad bio that readers interested can track a bit about what (lack of) backgrounds, experiences, and education contribute to his visions. * To find less-recent posts on subject XXX among his over 1550 archived ones, go to the right-top corner of a Times of Israel page, click on the search icon and search "zuiden, XXX". One can find a second, wilder blog, to which one may subscribe, here: https://mmvanzuiden.wordpress.com/. * Like most of his readers, he believes in being friendly, respectful, and loyal. Yet, if you think those are his absolute top priorities, you might end up disappointed. His first loyalty is to the truth. He will try to stay within the limits of democratic and Jewish law, but he won't lie to support opinions or people who don't deserve that. He admits that he sometimes exaggerates to make a point, which could have him come across as nasty, while in actuality, he's quite a lovely person to interact with. He holds - how Dutch - that a strong opinion doesn't imply intolerance of other views. * Sometimes he's misunderstood because his wide and diverse field of vision seldomly fits any specialist's box. But that's exactly what some love about him. He has written a lot about Psychology (including Sexuality and Abuse), Medicine (including physical immortality), Science (including basic statistics), Politics (Israel, the US, and the Netherlands, Activism), Oppression and Liberation (intersectionally, for young people, the elderly, non-Whites, women, workers, Jews, LGBTQIA+, foreigners and anyone else who's dehumanized or exploited), Integrity, Philosophy, Jews (Judaism, Zionism, Holocaust, and Jewish Liberation), the Climate Crisis, Ecology and Veganism, Affairs from the news, or the Torah Portion of the Week, or new insights that suddenly befell him. * His most influential teachers (chronologically) are his parents, Nico (natan) van Zuiden and Betty (beisye) Nieweg, Wim Kan, Mozart, Harvey Jackins, Marshal Rosenberg, Reb Shlomo Carlebach, and, lehavdil bein chayim lechayim, Rabbi Dr. Natan Lopes Cardozo, Rav Zev Leff, and Rav Meir Lubin. * He hopes that his words will inspire and inform, and disturb the comfortable and comfort the disturbed. He aims to bring a fresh perspective rather than harp on the obvious and familiar. He loves to write encyclopedic overviews. He doesn't expect his readers to agree. Rather, original minds should be disputed. In short, his main political positions are among others: anti-Trumpism, anti-elitism, anti-bigotry and supremacy, for Zionism, Intersectionality, and non-violence, anti those who abuse democratic liberties, anti the fake ME peace process, for original-Orthodoxy, pro-Science, pro-Free Will, anti-blaming-the-victim, and for down-to-earth, classical optimism, and happiness. * He is a fetal survivor of the pharmaceutical industry (https://diethylstilbestrol.co.uk/studies/des-and-psychological-health/), born in 1953 to parents who were Dutch-Jewish Holocaust survivors who met in the largest concentration camp in the Netherlands, Westerbork. He grew up a humble listener. It took him decades to become a speaker too. Bullies and con artists almost instantaneously envy and hate him. * He holds a BA in medicine (University of Amsterdam) – is half a doctor. He practices Re-evaluation Co-counseling since 1977, is not an official teacher anymore, and became a friendly, empowering therapist. He became a social activist, became religious, made Aliyah, and raised three wonderful kids non-violently. For a couple of years, he was active in hasbara to the Dutch-speaking public. He wrote an unpublished tome about Jewish Free Will. He's being a strict vegan since 2008. He's an Orthodox Jew but not a rabbi. He lives with his library in Jerusalem. Feel free to contact him. * His writing has been made possible by a (second-generation) Holocaust survivors' allowance from the Netherlands. It has been his dream since he was 38 to try to make a difference by teaching through writing. He had three times 9-out-of-10 for Dutch at his high school finals but is spending his days communicating in English and Hebrew - how ironic. G-d must have a fine sense of humor. In case you wonder - yes, he is a bit dyslectic. If you're a native English speaker and wonder why you should read from people whose English is only their second language, consider the advantage of having an original peek outside of your cultural bubble.
Comments