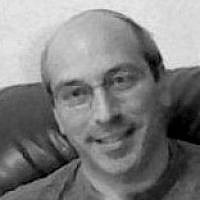 The Blogs
Ron Allswang
Apply for a Blog
Advertisement
Please note that the posts on The Blogs are contributed by third parties. The opinions, facts and any media content in them are presented solely by the authors, and neither The Times of Israel nor its partners assume any responsibility for them. Please contact us in case of abuse. In case of abuse,
Report this post.

When the mud-slinging was getting the best of us during the Nine Days, Ilene Bloch-Levy came to bat with a great ‘picker-upper’…..enjoy.

I got into matchmaking, in a matter of speaking, in a very small way.  It started with a chance encounter with a newly widowed architect.

There were others along the way. I speak to a friend who has been avidly working at this for over two years, a Rabbanit who devotes tens of hours a week to this, a mechutan who runs a summer program for hundreds of singles to meet.

My efforts are small compared to their’s, but our results are, ‘gulp’ pretty much the same.  There is success here and there, but in the end they do not add up to the fingers on one hand.

I have not given up, however. Nor have they. In spite of the frustration, disappointment and sometimes even anger — “I just sent you her phone number why didn’t you call?” —  we continue.  The question is why?

I think there are two explanations. Actually goals.  The immediate one: to find a spouse.  And, then the long-term one: to ensure the continuity of the Jewish people in this land.

Today is Tu B’Av.  “And the daughters of Jerusalem would go out and dance in the vineyards located on the outskirts of the city…” Their immediate goal: to find a spouse.

The focus on women and marriage is based on two enactments made on the fifteenth of Av.  One was a result of the ruling regarding the daughters of Tzelafchad.  Because there were no men in the family, the five girls approached Moshe and asked to inherit their father’s land in Israel.  Moshe hesitated, so Hashem stepped in.  The daughters should not be excluded, with one proviso: they must marry within their tribe.  Once the Jewish people were actually settled in Israel this ruling was lifted.  On the fifteenth of Av.

The second enactment was a result of the tribe Binyamin’s punishment. After having killed a woman, the other tribes launched a war against Binyamin and forbade their daughters from marrying into the tribe.  This prohibition was cancelled at a later date. On the fifteenth of Av.

In both cases, our sages were ever so wise.  They had their eyes on the long-term goal:  to prevent the extinction of the Jewish people; to ensure our continuity in this land.

And how can we do this?  It’s more than matchmaking.  It’s also about ahavat chinam.

I have blips along the road with my so far futile efforts at matchmaking — he is overseas, she is in the middle of exams, can I see a picture on Facebook, a friend of a friend thinks she knows him, I’m seeing someone now, and the list goes on.  But, I take a deep breath and keep my eye on the long-term goal.  To prevent our extinction.  To ensure our continuity as a people and as a nation in this land.

One more house, will that do it?

Depends on the foundations upon which it is built.

The foundations, as illustrated in the stories told above are rooted in what makes the Jewish people living in this land so extraordinary — our love for the land and our desire to live here, our yearning to be part of a greater purpose, and our moral underpinnings.

When we forget about our love of the land, being part of the Jewish people, and the moral underpinnings that revolutionized mankind, that’s when we lose the thread of our life.  We cannot build our home in Israel when we speak disparagingly about each other.  We cannot call one Jew Amalek or another a parasite.   We cannot decide to disavow our relationship with Jews because of where they live, what they believe, or whether they view their service to the country as greater than another’s.  We cannot separate ourselves from one Jewish group because of our strongly held, often biased beliefs. That led to our expulsion from this land for thousands of years.  This has to stop.  Now, we’re back.  So let’s try and focus on the antithesis —  “ahavat chinam” — and let it be the reason for our extraordinary future in this land.

Let’s begin with one house.  Start with your own.  Then help another one.