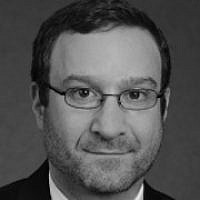 The Blogs
David Schenker
Apply for a Blog
Please note that the posts on The Blogs are contributed by third parties. The opinions, facts and any media content in them are presented solely by the authors, and neither The Times of Israel nor its partners assume any responsibility for them. Please contact us in case of abuse. In case of abuse,
Report this post.

By opening kickoff of the 2022 Soccer World Cup, the International Trade Union Confederation estimates that 4,000 mostly south Asian foreign workers will have died constructing stadiums in Qatar. Sadly, Indian and Nepalese laborers won’t be the only expatriate casualties of the World Cup.

Between now and 2022, the relationship between senior Qatari Football Association officials and the US-designated Palestinian terrorist organization Hamas all but certainly will contribute to the deaths of dozens of innocent Israelis.

Notwithstanding ongoing strategic cooperation between Washington and Doha, Qatari assistance to Hamas remains an irritant in the bilateral relationship. This past summer, in fact, more than twenty US Congressmen sent a letter to the Qatari Ambassador, questioning his state’s “expanding diplomatic and economic ties” with the terrorist organization.

In Europe where it remains de rigueur to distinguish between fictional “political” and “military” wings of Hamas, Doha’s support for Hamas elicits fewer complaints. Still, the connection between Qatari football and the terrorist organization seems gratuitous.

Why, for example, did Sheikh Hamad bin Khalifa bin Ahmed al Thani—a Qatari Royal with no official title other than President of the Qatar Football Association—meet in April 2013 with Hamas Prime Minister Ismail Haniyeh? They weren’t discussing the Palestinian Authority football club’s bid for the World Cup.

According to press reports, Haniyeh and al Thani were taking about “Qatar-Hamas relations.”

Hamad, of course, is not merely a Palestinian bureaucrat. He is a senior Hamas official responsible for coordination between his ministry and Hamas terror squads. As Hamad described it to the Palestinian news agency SAFA in October 2009, his mission was to “protect them and make their jihad operations [against Israel] easier to carry out.”

In addition to his central role in managing Hamas operations in Gaza and establishing terror cells in the West Bank, Hamad’s Qatar-funded interior ministry is also responsible for providing security to Palestinian citizens. Alas, according to an October 2013 Human Rights Watch report, Palestinians in Gaza “face serious abuses in the Hamas criminal justice system, including arbitrary arrest, incommunicado detention, torture, and unfair trials.”

From bribery to vote rigging to ticket scalping, FIFA’s catalogue of ethics scandals is impressive, if not unrivaled among international sports federations. To date, however, the organization has avoided implication in terrorism. But now, the Qatar Football Association’s close working relationship with Hamas threatens even this modest FIFA accomplishment.

For Doha—which overcame damaging claims by the FIFA secretary general that the wealthy island state had “bought” the 2022 World Cup—criticism related to its provision of funding to one of the Middle East’s most lethal terrorist organizations will have little impact.

For FIFA, however, the relationship between Qatari football and Hamas should be of more concern. Corruption and bribery are one matter; linking the World Cup even tangentially to the killing of Israelis does a disservice even to the morally tarnished FIFA.

About the Author
David Schenker is director of the Program on Arab Politics at the Washington Institute for Near East Policy.
Related Topics
Related Posts
Comments