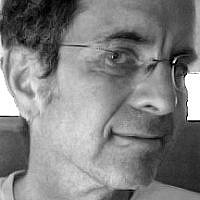 I don’t know if he actually does it, but Palestinian President Mahmoud Abbas should send Bibi a dozen roses every day of this war.

After all…we’re fighting it for him.

Abbas can be heard, read, and seen denouncing Israel for its barbaric aggression, and threatens to turn to the International Community for intervention to protect the Palestinians in Gaza against the Israeli aggressor.

And after he leaves the microphone, he calls Israel’s prime minister on his private cellphone and says with a wink and a nod, “You know I was kidding about all that…right?”

Israel didn’t start this war. We put up with over 200 rockets launched into Israel by Hamas before our government said, rightly so, that enough was enough. It wasn’t a coordination between Israel and the Palestinian Authority. But once this war was started, an end game became quite clear.

The PA is sick of Hamas. The majority of Palestinians living in Gaza are sick of Hamas. While Gaza is being turned to rubble, the Hamas leadership isn’t doing too badly. (see their poverty stricken private jet, below) 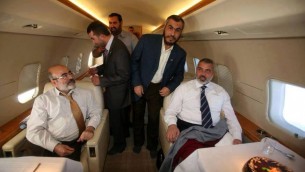 Everyone, except Hamas, wants Hamas out of Gaza. If Hamas is weakened to the point where they no longer have the force to keep their population captive, Abbas can ride in on his white steed and free the people of Gaza. I highly doubt we will get a thank you note. We’ll have to settle for another wink and a nod.

What’s in it for us? First of all, we’ll be rid of Hamas. Second of all, with Gaza in his back pocket, Abbas will be much easier to deal with.

Abbas is still corrupt, a thief, and he runs his organization like the mafia. He is not a peace partner. If there was a Palestinian state, the PA would have to become more transparent and the people might want to know where all their money is going and where all their money has gone. He doesn’t want that.

But the nice thing about Abbas is that we can do business with him, if it means more money for him and his cronies.

Gaza has oil. Gaza has natural gas. Gaza has a port. These are three things that are attractive to both the PA and to Israel.

So, as Israel is busy demolishing Hamas and trying to do it with pinpoint accuracy so as not to incur civilian casualties, while trying to keep us safe…we should keep in mind that there is a greater good at stake here.

Freeing the people of Gaza is not a bad thing. It’s a humanitarian quest, but it’s also in Israel’s best interest.

About the Author
Charley Warady is an author/writer/stand-up comedian, living in Israel since 1996...and surviving.
Related Topics
Related Posts
Comments