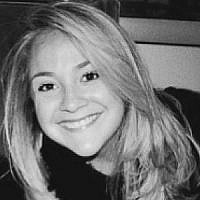 We have showed support for the combat soldiers fighting in Gaza but it’s time to also publicly say kol hakavod (job well done) to those fighting the viral war. To those soldiers tweeting all hours of the day, updating Facebook statuses, posting videos on YouTube, and using Instagram to share photos- you’re doing a great job and the world is noticing.

The presence of the IDF on social media is significantly greater now than during past conflicts and the results are evident in the world of public opinion. Polls show that in the United States, twice as many people blame Hamas for the current violence, and close to 90% of Jewish Israelis support the IDF’s current operations. There are many factors that can be taken into account when looking at these numbers, but social media is undeniably one of them. Peter Lerner, Spokesman for the Israel Defense Forces, can be seen on television numerous times throughout any given day, and even major US media outlets are showing one of the short videos that the Israeli army has created that explains to the world what kind of an enemy Hamas really is. The army has become more accessible, its mission and goals more clear.

The strong social media presence is not only reaching Jews in Israel, but people of all religions, all over the world. I have seen people from nations in different parts of the globe, people who are not directly connected to Israel, engaged with each other in conversation on the IDF social media pages. This is having a positive effect because the IDF has lowered its barrier and, even though it seems impossible, the army is showing the world the personal and touching side of war. For example, in addition to posting graphics of Hamas’ chosen storage rooms for their weapons or the terrorist organization’s abuse of civilians, the IDF is sharing the names and ages of soldiers lost too soon, of Israelis donating their time to prepare meals for those in battle, and of a plumber who set up a mobile shower for fighters to use in between missions. They have posted pictures of the graves of dogs lost during the quest to find tunnels, and of funerals of lone soldiers with tens of thousands of people in attendance. They have even uploaded videos of tunnels being discovered and of forces operating on the ground in Gaza.

Despite being a military organization, the IDF has connected to people all over the world, as it is being honest about its mission and what it seeks to defend. The last time I checked the Israel Defense Forces Facebook page had 1,158,414 likes and their Twitter handle had 353,000 followers. But, on social media, a user’s “faithful” presence, meaning how often they post and share thoughts with the world, is just as important as the number of people following them. For those who “like” the IDF Facebook page or who follow the IDF on Twitter (@IDFSpokesperson), they count on knowing that they will find frequent updates about missions and injured soldiers, and the status of the operation as a whole. They will find military strategy, words of love, and pictures that touch the hearts of everyone who sees them. They are relying on the information because they have come to trust the source.

The soldiers sending out these messages, taking pictures on the battlefield, and maintaining all of these publications deserve a pat on the back. The world is reading your words and seeing your faces and hopefully, starting to understand.

We are forever grateful.