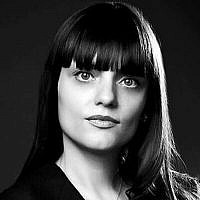 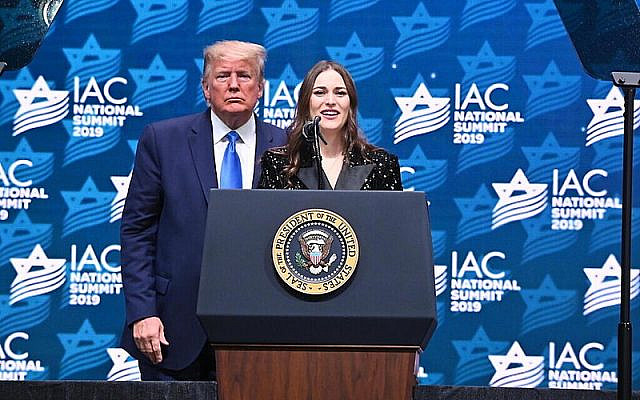 In her article in the New York Post (December 14, 2019) about her fight against anti-Semitism on New York University’s campus, pro-Israel Jewish activist Adela Cojab Moadeb explains the difficulties she encountered due to a strong BDS movement that was gaining momentum on the NYU campus.

BDS is a political campaign, popular on many college campuses, in support of the Palestinian cause. (See www.BDSmovement.net) It calls for countries around the world to disengage with trade with Israel by imposing “Boycott, Divestment and Sanctions” upon Israel. The apparent logic behind this movement is to apply international pressure upon Israel to enter into discussions with the Palestinians and arrive at a more livable solution. The BDS movement found its inspiration in the antiapartheid movement and economic pressures applied on South Africa by the international community during the 1980s and 1990’s. The leaders of this movement claim to similarly use nonviolent means to apply pressure upon Israel to negotiate with the Palestinians, and ultimately withdraw from the West Bank.

In reality, however, as Adela Cojab Moadeb and the Maccabee Task Force, the organization to which she belongs, point out, the BDS movement unfairly targets Israel rather than being a peace building mission in the Middle East and facilitating a more productive discussion among the Israelis and the Palestinians. (See https://www.maccabeetaskforce.org/) In her 2019 New York Post article and other interviews, Adela describes how uncomfortable she felt as a pro-Israel Jewish student on the NYU campus, due to the BDS protests that targeted Jewish students and groups on campus. Viewing these protests as creating an unwelcoming environment for pro-Israel Jewish students led Adela to sue the university for discrimination, invoking the Title VI of the Civil Rights Act of 1964, which prohibits discrimination based on race, color and national origin on any program and activity that receives Federal funds or other Federal financial assistance.

Adela, a Syrian-Lebanese Jew born in Mexico City, was raised in the U.S. in Deal, New Jersey. At New York University she studied at the Gallatin School of Individualized Study with a concentration in Diaspora Structures and Social Exclusion. But she didn’t study social exclusion only in her courses. She saw it with her own eyes and experienced it personally when she noticed that, as she puts it in the New York Post article, “diversity and inclusion applied to everyone except my community. After years of overt protests, boycotts and direct aggression toward Jewish students from NYU’s chapter of Students for Justice in Palestine (SJP), the university honored the organization with the President’s Service Award for ‘outstanding contribution to NYU life.’”

Adela goes on to describe what SJP did to “earn” this honor from the university. They “organized a 53-group boycott against Realize Israel, a non-political student organization, depicting assault rifles on flyers calling for a revolt.” One of their members burned the Israeli flag and another assaulted a Jewish student at the 2018 Rave in the Park event, which celebrated Israel’s Independence Day. These activities created a hostile environment at New York University for Adela and other Jewish students. Instead of accepting this overt bias quietly, Adela decided to fight for the right of Jewish students to go to NYU and other universities without feeling discriminated against and harassed.

She first tried to communicate her concerns to the NYU administration, but didn’t get far with that. As she recounts in her article, she “spoke with eight administrators from multiple NYU departments—the Office of Student Affairs; Center for Student Life; Office of Public Safety—about the rising hostility against the Jewish community on campus. My concerns were brushed off, and after the arrests, I was asked not to draw attention to this issue.”

Facing a dismissive attitude from the administration, Adela decided to file the Title VI lawsuit against the university as well as to attract national visibility to her cause. In December 2019 she triumphed. She stood next to President Trump on stage at the 2019 Israeli American Council (IAC) National Summit to call for—and celebrate–the protection of Jews on college campuses. In large part due to her activism, President Trump signed an Executive Order to include religion—and thus include Jewish students—under the Title VI of the Civil Rights Act. In reality, Jewish students should have been covered by Title VI already at NYU and other public educational institutions. After all, Jews are not only a religion. They are also an ethnicity, a nation, a culture and even, according to some, a race. But to give President Trump credit where credit is due, this presidential decree made bias and discrimination against Jewish students, faculty and staff at public universities and colleges more difficult. For Adela and other Jewish students, it meant, in her own words, an affirmation of “the rights of Jewish students to a harassment-free environment on college campuses.” Since graduation, Adela has served as the official representative of Jewish Students at the United Nations and is Northeast Campus Coordinator for the Maccabee Task Force, an organization created in 2015 to combat the spread of anti-Semitism in American colleges and universities.