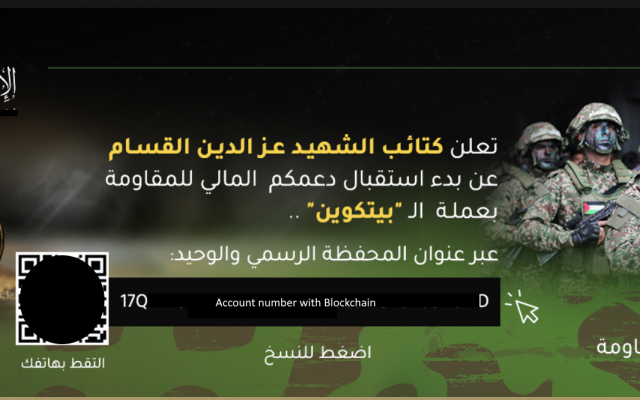 Well, if not their stash, then the virtual pipes through which their stash flows on its way to their computers, after which it is impossible to touch. In our modern digital age, money no longer has to be kept in banks. People can store bitcoin on their personal computers. The trick is to catch it before it gets there.

There is a new campaign being waged to the prevent Palestinian Arab terrorist groups, Hamas and the Popular Resistance Committees (PRC) from fund-raising using unsuspecting Internet websites.

An earlier victory was reported on December 21, 2018. Shurat HaDin (The Israel Law Center), operating with information provided by the Office of Strategic Affairs (under Minister Gilad Erdan), convinced the donation-collection website Donorbox to shut off the taps and block efforts of the Ramallah-based BDS National Committee (BNC) to use their platform for raising funds.

The rationale for freezing their access to the site was based on evidence that BNC had falsely represented themselves as an American charitable organization. The BNC serves as an umbrella for dozens of BDS groups in Ramallah, including some who have been declared terrorist organizations by the United States. Other groups under the BNC conduct operations seeking to boycott Israeli banks, to convince foreign performers not to appear in Israel, and more.

Now a new campaign is being waged to stop the flow of Bitcoin into the coffers of Hamas and the PRC by freezing their Blockchain account.

Screenshot of request for donations to be deposited in Blockchain account. Number of account, Hamas website and QR code blocked out by me. The website is not accessible from Israel but I was able to open it using a proxy server site.

In letters to Blockchain in Europe, Betzalmo pointed out that Blockchain’s own Terms of Service state clearly that their site is not to be used for promoting criminal or terrorist activities. Their website declares that funds held in an account with them are safe: 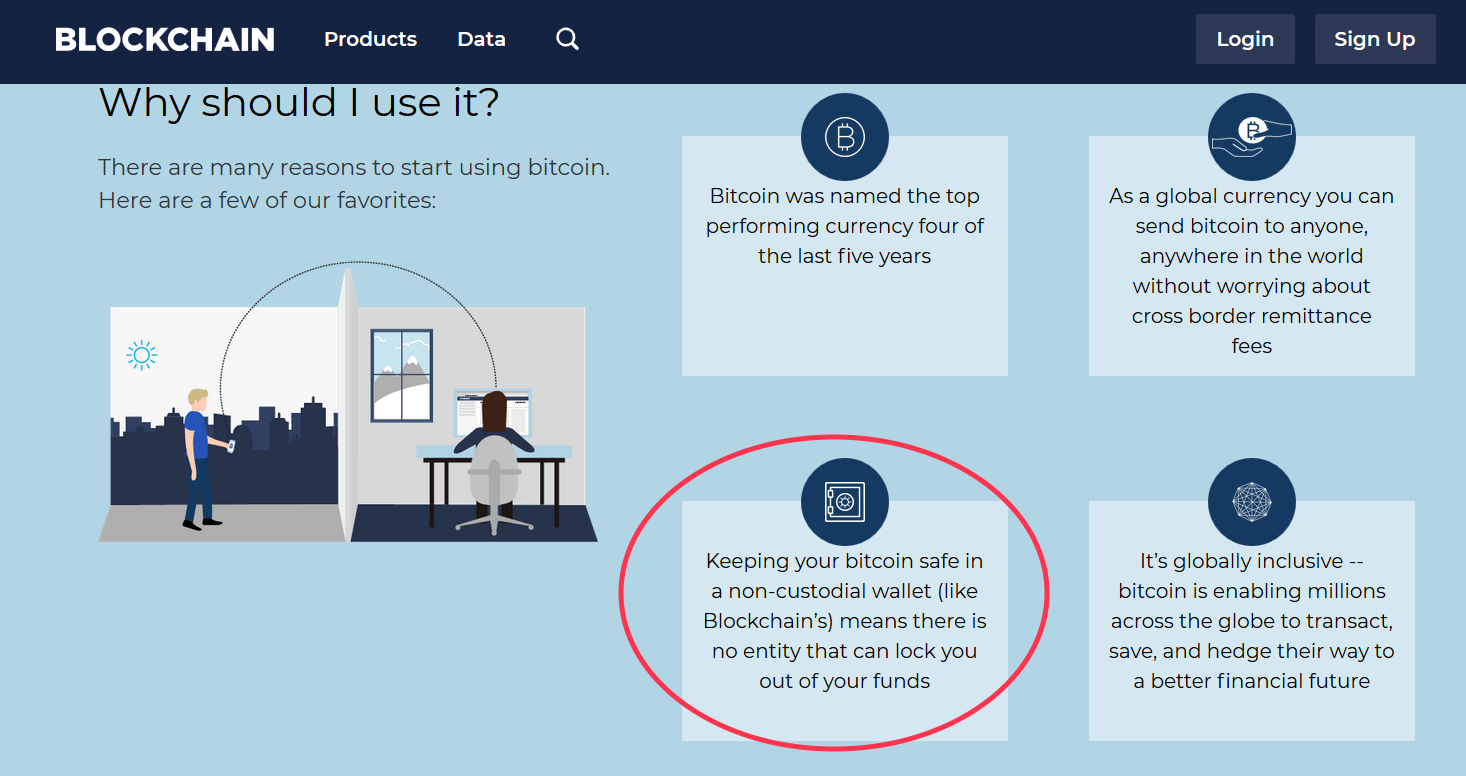 Blockchain promises account holders that their accounts are free from outside interference.

But if the account holder is engaged in unlawful activities, and therefore, also in violation of Blockchain’s own Terms of Service, this should no longer be true. Money already collected in the Blockchain account can be transferred elsewhere before the account is locked, but at least continuing use of the site for fund-raising can be prevented. Blockchain has not yet responded to my request for comment or further information.

American online and print business magazine, Fast Company, suggests that, to be fair,  Internet companies, such as Donorbox and Blockchain, that find themselves embroiled in cases such as these, may have no idea they are being exploited:

The web is becoming ever more automated, and online service companies may have no idea who their customers are until someone else comes asking questions.

A spokesperson from the Bitcoin Israel Association said that the Association is ready to provide the government with technical assistance and know-how should they be asked for help.

Former Defence Minister Avigdor Liberman set up a Counterterrorism Finance Unit under the auspices of his ministry in order to dry up sources of funding supporting terrorist activities. Together with the Office of Strategic Affairs and Shurat HaDin, these form a powerful team combating the epidemic of terrorist organizations operating against Israel with the goal of wiping her off the map.

Office of Strategic Affairs spokesman told me this is a mission with no end in sight – it is like fighting the flu virus.

You develop a vaccine to fight the virus and then it mutates into another form and another vaccine has to be prepared, and so on, ad infinitum.