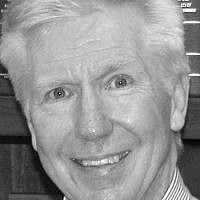 The Blogs
Garry Sturgess
Apply for a Blog
Advertisement
Please note that the posts on The Blogs are contributed by third parties. The opinions, facts and any media content in them are presented solely by the authors, and neither The Times of Israel nor its partners assume any responsibility for them. Please contact us in case of abuse. In case of abuse,
Report this post.

The making of my film Barry Jones In Search of Lost Time – A Film Story about the remarkable Australian polymath politician Barry Jones focused my attention on the power of film to implant politics as a vocation in the mind of fledgling politicians.

While pinning motivation is a problem path, there are headline accounts of films tipping people’s lives to politics or to paths leading to politics. Dreams sown by film stories are values-free with both light and dark outcomes and there are startling examples of particular films capturing the imagination of young minds to positive or negative effect. 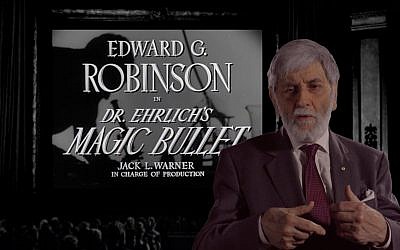 Barry Jones on the importance of film when growing up: ” I could list more than 50 memorable films that I saw in quite a short period as a child.”

A recent trip to Russia made me more curious about President Vladimir Putin’s path. Putin is a gripping example of the power of film to capture the imagination of a character in formation and engrave it with a future direction. Steven Myers plots Putin’s path in The New Tsar: The Rise and Reign of Vladimir Putin wherein he cites the movie adaption of a popular patriotic espionage novel The Shield and the Sword as enticing Putin to spycraft and changing “his childhood dreams to become a sailor, as his father had, or maybe a pilot.”

Now his dreamscape featured him as the hero-figure Major Aleksandr Belov, the Soviet secret agent and undercover Nazi Johann Weiss in the prelude to the Great Patriotic War. For the book had become a more than five-hour film. Myers gives this account:“It was the most popular movie in the Soviet Union in 1968, a black-and-white homage to the secret service—to what had by then become the KGB. Vladimir Putin, then almost sixteen, was enchanted. He and his friends watched the movie repeatedly. More than four decades later he could still remember the lyrics to the film’s sentimental theme song, “Whence Does the Motherland Begin.”

Allow me to slide from Putin to the 37th President of the United States, President Richard Nixon. His love of films is well known and shared with other Presidents, from John Kennedy’s installation of a film projector in the White House to Ronald Reagan’s projection of his Hollywood acting career into the Presidency. But it is not Nixon directly that I focus on here, it is the role of film in shaping the career of his nemesis at The Washington Post, its film-enamoured editor Ben Bradlee.

Bradlee is a fascinating study in politics pursued by other means – journalism. And here is where film enters the frame in his case and with the longtime outcome of finally engulfing or certainly helping to engulf Nixon’s Presidency. Here the role of film is in the magnetism it cast on the younger Bradlee.

He recounts it in his memoir A Good Life: Newspapering & Other Adventures and,  importantly, in the film The Newspaper Man: The Life & Times of Ben Bradlee that grew out of the memoir and which Bradlee narrates. I say importantly as it is the film that first brought the story to my attention and, as is often the case, seared it there for future storage.

In both accounts, book and film, there emerges a psychiatrist’s account of Bradlee who (just turned nineteen and in his sophomore year at Harvard) had voluntarily submitted himself for “The Grant Study of Adult Development” examining the factors which “led to intelligent living.”

It’s a fascinating report that Bradlee openly unearths but, more to the point, it is here that we learn of Bradlee’s life-changing brush with film. To quote from the psychiatrist’s report about Bradlee: “ . . . he often cries rather openly in a movie . . . he often puts himself right into the shoes of the actors and actresses, and . . . he enjoys this. He states, too, that he has a strong desire and emotional feeling toward [the film] ‘A Foreign Correspondent.’ As a matter of fact, he has seen this picture four times and is looking forward to seeing it again. He feels that a foreign correspondent is one of the most ‘romantic’ and ‘glamorous’ persons that live today. He is looking forward to doing this sort of work. My general impression is that this boy has a rather immature, emotional, and romantic outlook on what he wants to do.” 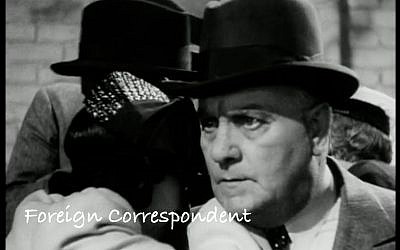 Frame from Foreign Correspondent (1940). An accident or pushed? –  a man falls from a building to his death  in front of horrified observers.

Immature, emotional, romantic…maybe but with little doubting the power of film to ignite Bradlee’s career – foreign correspondent, Newsweek reporter with the unique poll position as next-door neighbour and friend of JFK, editor of The Washington Post at the time of the Pentagon Papers and then, even more sensationally, at the time of Watergate.  It is here where this blog again catches up with the Nixon Presidency and its inglorious end.

Bradlee’s story also illustrates the power of film to project upon itself with Bradlee himself becoming a major film story – his part being played by Jason Robards in All The President’s Men (1976) and Tom Hanks in The Post (2017). And when we reflect on film’s ability to infinitely progress one may think only of the many careers created from the caul and thrall of Watergate and the filmography it gave rise to.

But for those who are thinking that journalism is a diversion and are unconvinced by my calling it politics by another name, let’s get back to where it all started for me with the film I made about that amazing Australian Barry Jones and, indeed, on the influence of film in creating and melding politicians.

When speaking of Jones, I say amazing realising he may only be known by a small number of Australians living here in Israel and why should even they, or Israelis that know nothing of him, care? Well, they care or can be made to care because his life – in life, in film, in memoir and in the massive public record of a huge career, and even in his ventures outside of Australia, as an internationally celebrated author and thinker, is an archetypal life of a type that anyone living anywhere can draw instruction, inspiration, wisdom and learning.

And the question asked by Australians and hopefully others, is where did this one-of-a-kind public figure come from? Well the answer is partly, at least, from film and this is a part answer that can be applied to many politicians, and hence the general interest in bringing the subject back to just one particular politician.

In Barry Jones In Search of Lost Times – A Film Story Barry tells us that the first film Jones went to on his own was Warner Brothers Dr Ehrlich’s Magic Bullet. As he notes of the film biography about the man who discovered Salversan, the arsenical compound used as a treatment of syphilis:

“It seemed an odd choice for a small boy but the combination of magic and bullet in the title might have proved irresistible.”

But what seems to have enthralled Jones for years to come was how Paul Ehrlich’s precarious path through the mire of “jealous rivals, anti-Semitism and meagre resources” was eased by the facilitating and sympathetic presence of the Minister for Science, Althoff, played by Donald Crisp who, in Jones’s narration, “listened sympathetically and gives orders: ‘Give this man everything he needs’.” 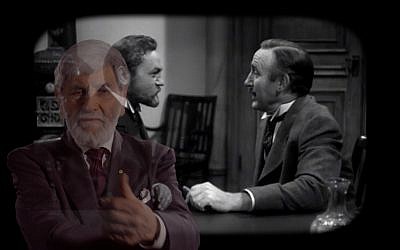 The Minister for Science Althoff (right) to Dr Ehrlich: “Magic bullets, well I can’t go to a budget committee and talk about magic bullets but I’ll convince them that your work is valuable, you shall have your laboratory to do with it what you will, cut out paper dolls for all I care.”

But where this story rounds out is more than 50 years later when Jones says he saw Dr Ehrlich’s Magic Bullet again on commercial television.  “I had not consciously thought about it for years, and yet the action all seemed oddly familiar, the Minister for Science was very appealing.  I wonder whether the minister’s role as a facilitator had stuck in my eight-year-old mind because the minister in the film was playing exactly the role that I cast for myself later when I was Minister for Science in the Hawke government. (Barry Jones is Australia’s longest serving Minister for Science (1983-1990).

There is many a riff and stored insight in Jones’s telling insights into the power of film in his political journey and in the shaping of his life. One beautifully encapsulated critique on life imitating art is Barry’s developed film criticism of Charlie Chaplin’s The Great Dictator (1940). Acute in its rendering is Barry’s speculative inquiry into the way Hitler may have modelled himself on the actor he despised and propagandised as a Jew.

“Chaplin used the physical resemblance between his little tramp and Hitler/ Hynkel as the rationale for the Jewish barber’s role as a double. That is obvious. But was there a deeper significance  – that Hitler had seen and built on Chaplin’s tramp as a symbol, a man without status, skills or powerful connections, who had, in the infancy of film, with a new technology, developed a unique influence to reach out to the masses? Hitler’s moustache, a distinguishing mark, was the moustache of Chaplin’s tramp.” 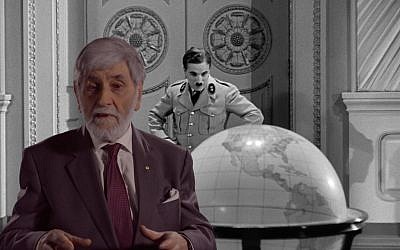 Barry Jones: “Hitler’s moustache, a distinguishing mark, was the moustache of Chaplin’s tramp.”

For a fuller account of how this critique and comparison is developed and for the influence of film on politics as a vocation I would urge you to see Barry Jones In Search of Lost Time – A Film Story during its one-time special screening on the 31 December 2018 at 7pm at Jerusalem’s iconic Lev Smadar Cinema. For bookings follow this link.

About the Author
Garry Sturgess is an Australian lawyer, broadcaster, publisher and film maker. He worked as a legal correspondent in Australia and America and in television - Labor In Power (senior researcher) and Liberal Rule (as originator and co-writer). Since 2010, Garry has been an an oral history interviewer for the National Library of Australia. He recently directed and edited a feature film on the Australian polymath and politician Barry Jones.
Comments