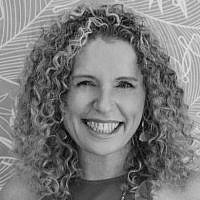 The Blogs
Lisa Starr
Apply for a Blog
Advertisement
Please note that the posts on The Blogs are contributed by third parties. The opinions, facts and any media content in them are presented solely by the authors, and neither The Times of Israel nor its partners assume any responsibility for them. Please contact us in case of abuse. In case of abuse,
Report this post.

I had just woken this past Friday when my son returned home.

Despite the early morning cold, he was barefoot, and his mud-stained sneakers and sodden socks lay abandoned at the front door.

There it was….that all-too-familiar combination of grief and pride.

A unique element to parenting in Israel.

Merutz Lashir is a commemorative marathon that is held annually in memory of four, fallen soldiers who were all graduates of Hadarim High School in our hometown of Hod Hasharon.

Two were lost in the devastating helicopter accident of 1997; a third was killed in Lebanon a few months later; and the fourth tragically died in 2010 in an IDF exercise in Romania.

Since 1998 – a year after the helicopter disaster – their memories have been kept alive through this unique, memorial run.

Grade 12 students – who have met early to train every Sunday for months – are bussed to Moshav Sha-ar Yashuv where one of the two helicopters that crashed fell.

They divide up into teams and, over the course of 3 days, flag-waving participants run noisily through fields, country roads, and icy streams.

The group stops in hostels along the way by night, where they are joined by the family and friends of the fallen soldiers, who share stories of the young men’s growing-up years, hobbies, and unfulfilled hopes for the future.

It’s some years since my son graduated from Hadarim High School, but he was one of multiple, past students who joined the marathon runners on the final lap back to Hod Hasharon.

It’s a life-shaping event that many choose to participate in annually, and I am so grateful that both my children had the opportunity to experience this.

Much is being made of newspaper reports that declare Tel Aviv the most expensive city in the world.

However, while there’s certainly truth in the tired joke that the only way to make a small fortune in Israel is to come with a large fortune, it’s uniquely Israeli life lessons like this that carry the most value.

This year marks 25 years since the Merutz Lashir tradition began yet, despite the fact that these beloved soldiers died years before the runners were even born, there is not a single graduate of Hadarim High School that doesn’t know the names and life stories of Lior, Shiko, Yiftach, and Ronen, whose names are intertwined in the title of the race.

And that is the real currency of Israel. 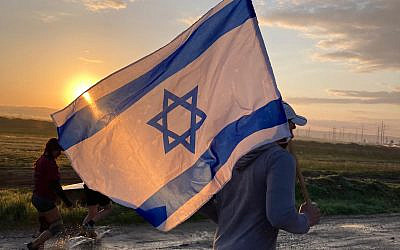 Photograph by my son Sam Brink – Merutz Lashir 2022
About the Author
Lisa is a not-so-new South African olah who manages, for the most part, to see the bright side to life in Israel. Always happy to inspire, inform, share, and entertain, she's easy to track down hanging about her 'Israel 101' Facebook group. Consider this an open invitation to meet up there.
Comments