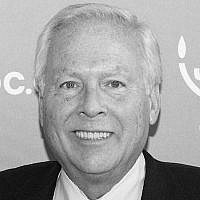 The Blogs
Mark Sisisky
Apply for a Blog
Please note that the posts on The Blogs are contributed by third parties. The opinions, facts and any media content in them are presented solely by the authors, and neither The Times of Israel nor its partners assume any responsibility for them. Please contact us in case of abuse. In case of abuse,
Report this post.

“This is the bread of our affliction.”

We recite this phrase every spring at our Passover meals when we start to consume matzah, the unleavened bread which symbolizes our journey from slavery to freedom.

In many ways, matzah is an affliction. It is a tasteless and unappealing cracker-like bread that is eaten throughout Passover’s week-long duration in place of the favorite carbs. It is a gnawing souvenir not just of the exodus from Egypt, but, as any Jewish person will tell you with a wink, challenging to digest.

It is also a fitting food for our pandemic times, when we’re forced to endure much sacrifice—time with family and friends, jobs and financial security, and our sense of stability and well being—to live another day.

As we experience our first Passover in the age of the coronavirus, it is worth remembering that matzah has always been a transcendent force for hope throughout Jewish history. Snapshots of our work from both past and present, are evidence to this fact. 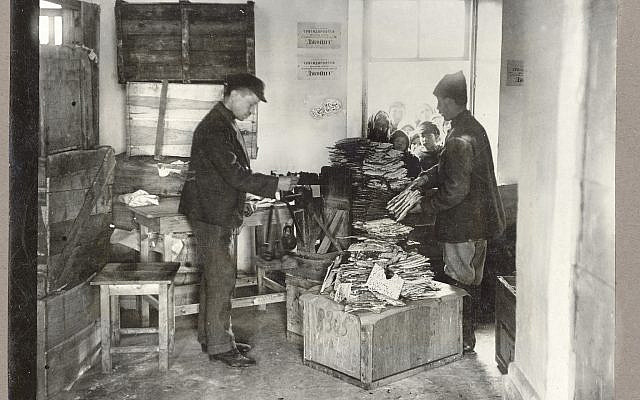 Take this photo from 1923. It’s black and white, slightly grainy, and taken at a makeshift matzah-factory in Ukraine. One man is working a small machine producing the matzah while another collects the finished product to hand out to a group of needy Jews collecting outside a cramped shop window. You can make out the faces of children curiously looking in and an older woman patiently waiting for her portion. The practice of providing matzah and other Passover items to the poor is not unknown, but the context here is important.

It was the height of the first of several famines in Ukraine. Hunger was rampant, death abounded, and Jews were among millions who perished as a result of the cruel actions taken by the Soviets. (Ironically, Jews were later collectively blamed for the measures taken by the Communist regime that resulted in the Holdomor famine in the 1930s). And yet, here even amidst a plague, the bread of affliction became the food of life, sustenance, and the possibility of another tomorrow.

That connection between matzah and life’s affirmation is found again in Austria in 1947. A rare film (above) we released in recent years recalls efforts providing Passover goods to Holocaust survivors and Jewish refugees in postwar Vienna. They can be seen among the smiling faces that the camera has captured. They are receiving matzahs, wine, and preparing for Passover just two years after the Nazi extermination ended. They carried deep wounds and faced an unfathomable absence – of family, of homes, of normalcy – that was ever-present.

Of the two seders featured in this film, one for hundreds of Holocaust survivors is particularly poignant. Why? Because it included many children who were experiencing, for the first time, the taste of matzah, the routines of the seder, and the tale of Jewish liberation. In essence, it was a mirror to their own lives, the matzah a gateway to a freedom that once seemed nearly impossible.

Today, in two overlooked corners of the world, these matzah traditions continue.

In the former Soviet Union, matzahs are the fortifying brick​s of community life. For the third decade since the fall of communism, boxes of matzah have been distributed to scores of poor, elderly Jews around the region who have no family to help them celebrate Passover. 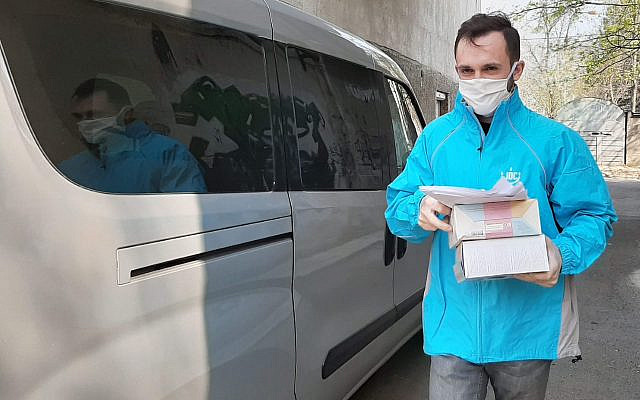 For a generation of seniors who were cut off from such Jewish traditions by the Communists, matzah can be a taste of childhood or a memory of Yiddish-speaking generations past. But at the same time, in the guise of a young volunteer delivering the box (this year in mask, gloves, and other sanitary gear), matzah is a symbol of Jewish communities, miraculously rebuilt out of the ashes of history, that care for them.

So too in Egypt where the Jewish community is made up of only a dozen people. Here the provision of matzah and more than 150 pounds of other Passover staples serves as a bridge to the global Jewish community. Every year on Passover, as well as on the Jewish New Year, we honor this remnant community by ensuring they can celebrate holidays still dear to their hearts.

The Jews in this Arab land are the living legacy of a once large and proud community and their continued existence enriches the Jewish experience and wider Jewish people. But most touchingly, they are also descendants of the very Hebrew slaves who once toiled under Pharaoh. The matzah they eat is overflowing with historical resonance and a reminder they are never alone.

Throughout this week, we’ll recall our collective deliverance and pray for continued good health. We will do it at family tables markedly smaller and sadder than years past. We will rely on sterile, but critically-needed technologies to connect us to those we love. And we will mourn those we have lost to COVID-19.

We might despair in these circumstances, uncertain of the fate we all face. But instead, we should savor the matzah before us and eat it with newfound relish. After all, these unleavened cakes of unassuming quality have always been, and will always be, our promise for better days.