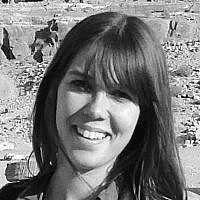 The Blogs
Pessy Katz
Apply for a Blog
Please note that the posts on The Blogs are contributed by third parties. The opinions, facts and any media content in them are presented solely by the authors, and neither The Times of Israel nor its partners assume any responsibility for them. Please contact us in case of abuse. In case of abuse,
Report this post.

I found the alte heim — the old home — in the Hungarian countryside, right along the Koros River, this past summer. I did not know that I was looking for the alte heim, I no longer even believed it had ever existed as it does in the romanticized collective memory of the Hassidic community in which I was raised. But then I found it, more complex and vibrant than a Hassidic girl could ever have dreamed it to be, at Camp Szarvas, an international Jewish camp in Hungary.

Growing up in the Satmar Hassidic community in Boro Park, my world was enclosed but I was lovingly provided with everything I needed to grow into a modest, poised young woman who would marry a good learned man and build an ultra-Orthodox home that in my young imagination was always filled with a gleaming chandelier, pious sons and daughters that would carry on the traditions, and sounds of Yiddish wafting through the air mixing with the delicious aroma of freshly made kokos (babka).

Indeed, I knew from a young age that the sign of a talented hassidic balabusta (housewife) is the stuffed cabbage she lovingly prepares twice every year, once for Simchat Torah and once for Purim. I would watch my aunt as, on every Friday in the winter time, she would roast gesztenye (chestnuts) to serve after Shabbat dinner when her husband and sons would sit around the table and sing beautiful Shabbat melodies. My paternal grandmother would prepare large pans of rakott krumpli (potato casserole) for my aunts, uncles and many little cousins as a special treat for the yearly Chanukah party she would host, and my maternal grandmother would remind us at every bris, engagement party or other special occasion to praise her for standing over the stove to prepare hundreds of beautifully thin palacsinta (crepes) which she served filled with cheese, cocoa or nuts.

Long before I knew how to prepare these foods, they created the pattern of Shabbat and Jewish holidays through which our year revolved around in Boro Park. To me they became the representation of love, warmth and special Judaism. I knew that these foods and rituals were tied to the alte heim, much as everything we did was encouraged to be. We were at turns inspired and admonished to emulate the actions, clothes and emunah p’shuta (simple faith) of our not-too-distant ancestors back in Europe. Thus, even in our modern-day Hassidic lives in America, the alte heim, with the images our teachers would invoke of women in head-scarves knotted under their chins and somber men bringing freshly slaughtered chickens home for their wives to salt and kosher was very distant but also very real. It lived in our collective memory and in our aspirations of the insular Orthodox utopia we sought valiantly to recreate right here in New York City.

But as I grew older, I came to understand that insularity does not make one more virtuous, that piety as a woman did not have to be measured by what I wear, and that a broad education may be full of spiritual pit-falls but is also filled with joy. Though surrounded with love and food, I learnt that I could expand my experience as a woman, and as a religious woman, beyond the Hassidic community in ways richer and more meaningful than I had previously been allowed.

My pursuit of intellectual independence and greater religious expression as a woman – whether it was receiving a college education, completing political internships, or becoming an active participant in progressive Orthodox institutions – was from the beginning coupled with the desire to maintain not just a loyalty to halakha but the purity of the joyous traditions with which I was raised. I knew early on that this challenge would by no means be a simple one, that of trying to mesh traditions so rooted in a specific and enclosed world with a reality that strives for open-ness and intellectual honesty. But then, this past summer, this challenge found reprieve in the most unexpected, yet beautiful, of places.

It was while completing a year-long fellowship in Israel that I first visited Budapest. In Budapest the stuffed cabbage of Simchat Torah was sumptuously displayed in the Christmas markets; the many foods of my childhood literally filled the streets. The language I had heard only through the mutterings of my elderly bacsi’s (uncles) and neni’s (aunts), which we all delighted in, was now all around me, spoken by young and old in bars and in museums, and the humor and the sensitivities of the people in this foreign European country were intimately familiar to me. I knew after that first visit that I had to return and indeed, when I did this past summer as a staff member at Camp Szarvas, in the south of Hungary, I understood why. Camp Szarvas was my past and future melded in one perfect place in the present.

Every summer, 1,500 campers from over 25 different countries participate in Camp Szarvas, sponsored by the Ronald S. Lauder Foundation and the American Jewish Joint Distribution Committee.  Under the clear Hungarian sky and searing sun, my days at Camp Szarvas with Jewish teenagers from all over the world, were filled with international sports competitions, art projects, peulot (educational activities), bonfires, talent shows and of course, as every Szarvas-er will tell you, the iconic wandering Jew, who led many educational and entertaining activities throughout each two-week long session. I was fascinated and delighted to see how in its unique, dynamic and joyous way Camp Szarvas allows each participant, whether Hungarian, American, or Latvian, to live and choose their own Jewish identity, while ensuring the possibility of finding community.

As a staff member for the Szarvas Fellowships, the American cohort at Camp Szarvas, it was a constant thrill to be able to facilitate these experiences for my campers. But one morning at camp I could not contain my enthusiasm and joy when we walked in from morning mifkad (line-up session) and I noticed the breakfast set on the tables. My campers looked on in confused amusement as I exclaimed excitedly over the bowls of steaming hot tejberizs. This special oatmeal broth, I explained, was the same breakfast that had previously been served to me only at the Hassidic girls’ camp I attended for eight consecutive summers in the Catskills, in New York. This food, to me, evoked warmth and Judaism and sincerity. It conveyed home.

At home now at Camp Szarvas, however, I sang and danced with people from all over the world, discussed ideas and thoughts, wore what I wanted, and explored Jewish identities, preferences, meanings and affiliations freely, as I once could have only imagined. And most thrilling of all, I could not only bond with them over our shared love of palacsinta (crepes), but I could share who I was, as a woman, as an American, as a Jew, as a Hungarian, and as a fellow human being, along with everyone else at the camp. And I knew this experience of open-ness, of sharing and of joy was shared every day by each of campers and the staff from all over the world there with me.

Somewhere along the way, between learning the camp cheers of Bulgarians and of Romanians, between facilitating discussions about the role of Israel in the lives of Jews worldwide and between dancing to Yaakov Shwekey’s v’hee sh’umdah and to Hava Nagila, my image of the alte heim began shifting. At Camp Szarvas, with the familiar foods and personalities around me, I knew that the alte heim was very real and in its own, even better way, continues to exist. It is filled not with black-hatted followers, but with Jews of all sorts who are vibrantly working to mesh their Hungarian lives with their dynamic Jewish identities and are creating their own niche in Jewish culture.

And as I was learning about my new-found Hungarian community, my Hassidic community was coming into focus too. On Friday night, a week into my Szarvas experience, we gathered our campers on an outside terrace. Campers and staff members of many different countries joined us as, swaying in unison, we sang Shabbat melodies together under the shooting-star filled Hungarian sky. Sitting at that circle I held a book of zmirot (Hebrew songs) that my mother had given me to take along on my trip. It was a special book because in addition to the traditionally found Hebrew zmirot, this one included old Yiddish songs too, and one Hungarian song. The song of szol a kakas, about a bird lost in the forest and longing to find its way out. This song, which also tells its metaphor of Jews in exile longing for the Land of Israel, is one that all the men and boys of my Hassidic community know.

My brother learnt to sing szol a kakas in both Hungarian and Yiddish when he was a bright eyed three-year old boy at cheder. During Jewish holiday meals he and my cousins would proudly sing the song in Hungarian along with my grandfather, who’s face behind his long beard would have a wistful look every time they sang this song. Was he truly yearning for the Land of Israel, as the bird in the song? As a child, I could never tell. But as I sang szol a kokos on Friday night at Camp Szarvas along with my many new Hungarian friends, I understood that my grandfather was longing too for the land of this song. A land that I too had come to love.

When moving beyond the Hassidic community in which I was raised, I understood that I was choosing to live a life of choices, of inter-weaving my Judaism with other facets of my identity.  When I came to Camp Szarvas with a community vastly different than the one in which I was raised, yet right near where it began, I found that it was a choice and challenge that many of my international Jewish peers share. But what I came to understand most deeply was that, like me and my peers at Camp Szarvas, my grandfather and the community he sings for has in their own way made those choices too.

About the Author
Pessy Katz was a 2011-2012 Dorot Fellow in Israel and currently works at SAR High School. To learn more about Camp Szarvas and the Szarvas Fellowships please visit: www.szarvas.org.
Comments 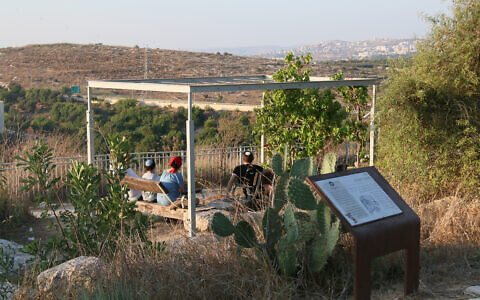 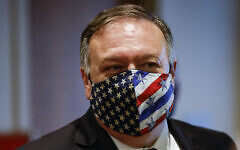 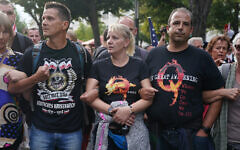