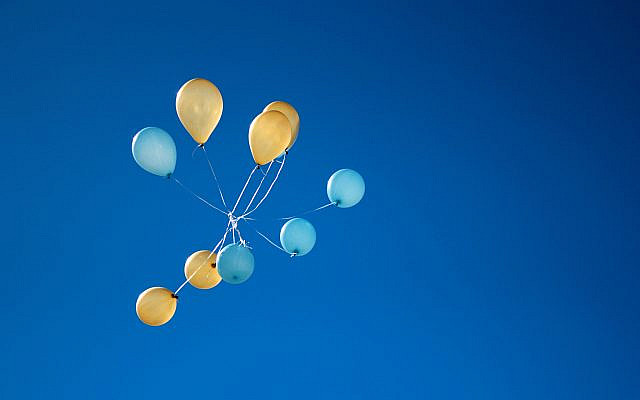 Just balloons ? (Free for Use Photo by Marilee Macilroy from Pexels)

We tell ourselves that we have one of the most powerful armies in the world. In fact, according to Global Firepower 2021, Israel is ranked at number 20. This is way below countries such as Japan, Brazil or even Italy.

We tell ourselves that, for all their in-fighting, our politicians have the safety and security of the state and its inhabitants as their first priority. And yet ……

We watch in horror as incoming fire balloons set light to large areas around the Gaza border. Crops, planted for the good of all of us, burnt to ashes by something as simple as a child’s balloon.

No hi-tech is needed. Helium-filled balloons, condoms, or even plastic bags, carry a piece of burning string or a cigarette. Can it really be that Zahal, the Israel Defence Force, is powerless in the face of a children’s toy?

Perhaps our all-powerful army could learn from a wise saying that dates back to the middle 1800s – Fight fire with fire.

To fight fire with fire means to use against an aggressor the same weapons that they are using on you. Not a difficult concept to understand.

So how do we fight fire with fire? I offer two options.

The New Testament had a somewhat different outlook.
“Vengeance is Mine; I will repay, says the Lord.” Romans 12:19

But, while our fields burn, we do not have time to wait for the Lord. And we are not looking for vengeance, we just want to protect our fields. If they stop sending balloons, we will have no need to take any further action.