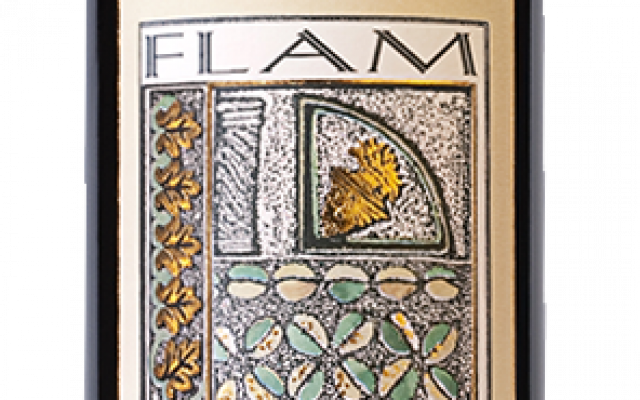 Flam Classico with its beautiful mosaic label. The vintage discussed in this article is 2019 not 2017. Courtesy Flam Winery website.

The Jewish Bible (the Torah) is often thought of as a story of the patriarchs and about men. Feminist readers (women and men) decry the secondary roles played by women in the text. As usual, when we look more closely this simple understanding unravels. In fact, men in the Torah usually mess up everything: they lie (Adam), one nearly kills his own son (Abraham), they are blind and easily fooled (Isaac), they deceive (Jacob), they try to kill their own brother and then lie to their father (all of the Joseph’s brothers), they massacre the entire population of Shechem (Simeon and Levi), they nationalize entire governments (Joseph) they start wars (Korah), they are endlessly angry (Moses) and, most egregious, the most powerful “man” of all (God) keeps trying to destroy the entire world and has to be convinced time and time again not to do so. Women, on the other hand, generally save the day. They are enlightened and adult (Eve), they are not afraid to question or laugh at ridiculous ideas (Sarah), they are generous and kind to strangers (Rebecca), they are selfless (Leah), they are clever and beautiful (Rachel), they bring music and life (water) to the community (Miriam), they preserve family (Tamar) and they are just (Mahlah, Noa, Hoglah, Milcah, and Tirzah, the sisters of Zelophehad, ).

The Flam family are pioneer Israeli wine producers. And their story is, in part, a story of a farsighted woman. Kami Flam. Kami’s husband, Israel Flam, came to Israel in 1947 when he was a small boy. He graduated from boarding school specialized in agriculture.  And, after that, was the first Israeli to attend UC Davis California. Israel worked in Stellenbosch, South Africa (one of South Africa’s most important vineyard regions and where Golan Flam was born) and was the head winemaker at Israel’s great Carmel Winery.

Carmel Winery labels from two centuries ago when the winery and wine company were new and established with help from the Rothschild family. Images courtesy Carmel Winery website.

Israel’s and Kami’s two sons were born in the wine trade. They are not recent converts to wine! Golan Flam, winemaker, studied winemaking and oenology in Italy and in Jerusalem, trained in Italy and Australia. Gilad Flam, Business Manager and Director of the company’s import company, Hagefen, had his Bar Mitzvah in the Napa Valley and visited his brother, Golan, in Italy in the early 1990s. From those visits, the idea of an estate winery was born. Israel Flam was skeptical and concerned that the venture would be too expensive. Kami Flam, a trained MBA, saw the future and encouraged her sons. And her daughter, Geffen Flam, too. In doing so, Kami Flam followed in the footsteps of the great biblical matriarchs. The winery was born in 1998.

Gilad and Golan Flam with the author on the terrace of Flam winery in front of the beautiful vineyards of the Judean Hills. Photo courtesy the Jerusalem Post with thanks to Adam S. Montefiore.

Flam Classico 2019 is a delicious wine grown on the estate vineyards of the winery. The name, “Classico” is an homage to Golan’s training in Tuscany (Italy) at the Carpineto Winery and although the wine is blended from Bordeaux grape varieties (and some Syrah), the wine brings to mind the rich and deeply flavored wines of Tuscany’s Mediterranean coast, the Maremma, home to many of Italy’s “Super Tuscans”. The wine has the beautiful aroma and flavor of very ripe, dark fruit (blackberries, currants, red grapes, plums).

Drink this lovely wine with grilled salmon (the smoky flavors of a wood grill marry beautifully with the richness of this wine), white bean soup (Tuscan!), salty sheep milk cheeses or, as always, with whatever you like, whenever you like and with whomever you like!

Flam Classico 2019 is widely available in many markets and sells for around $30.00 or equivalent.  The wine is Kosher and Kosher for Pesach (Passover).