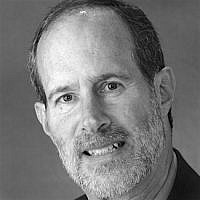 Detroit, Michigan’s Jewish community has stepped up to help its neighbors who are a one hour drive north, in Flint, folks that are in the midst of a serious water crisis.  The world media has reported on the rise in lead levels, especially in children, the spike in Legionnaire’s disease, the rashes and the foul smelling and looking water in that community since it switched its public supply to the Flint River to save on costs.

Now the Jewish Federation of Metropolitan Detroit has opened a special fund to support the people there.

100% of all funds raised are being donated to The Flint Jewish Federation to assist people with any and all needs, as well as to The Flint Child Health & Development Fund to ensure that children are afforded the resources and interventions to overcome this population-wide exposure to lead and other ailments.

Also, Detroit’s Hillel Day School is accepting unopened cases of water for delivery to Flint. And in conjunction with The Flint Jewish Federation, suburban West Bloomfield’s Temple Shir Shalom and Temple Israel congregations have joined together to bring much needed water to the residents of Flint. Unopened cases or gallon jugs of water are being collected with the goal of filling a semi-truck. The National Council of Jewish Women, Greater Detroit Section too is having a bottled water drive. Donations will delivered to Flint.

As always, Detroit’s Jewish community is committed to the principal of Tikkun Olam, or ‘Repair the World,’ and stands ready to assist whenever urgent needs arise in our local or global community.

To educate the broader community, Detroit’s Jewish Community Relations Council has posted on its website (www.detroitjcrc.org), some excerpts from a recent article which asks if Israel’s experience with water conservation can be of use to Flint and other Michigan cities.  The state of Michigan already has official agreements with Israel signed by Michigan’s governor and environmental authorities in Israel to work together on water technology. This article explains the advantages of working with a country which is some 8,000 miles from Michigan’s great lakes shorelines.

Written by Ruth Shuster of Israel’s Haaretz, the article covers everything from holistic management to advanced toilets, as Israel is a pioneer in dealing with water sources. Shuster writes that the world’s problem with water isn’t that it’s disappearing. The problem is that in many areas, growing populations have less and less water per capita because of crumbling infrastructure leading to massive leaking, and short-sighted and self-interested water management, leading to egregious waste and other problems, such as those being experienced in Flint, Michigan. What Israel has is holistic, centralized water management, designed over decades. Israel could also help Michigan by training plumbers and engineers. In Israel. pipe leakage is only 9% to 10%. She has smart technologies to find leaks and solutions that don’t involve tearing up whole streets to replace pipes. And Michigan and other U.S. states could do as Israel does and subsidize dual-flush toilets, which are the only type available in the Jewish State. “Does one flush make a difference? No. But multiply by 8 million Israelis (or 10 million Michiganians) peeing six times a day and we’re talking about real water savings.