Israel and the Eastern Mediterranean are experiencing an extreme storm in late April. Twelve people, mostly teenagers, have already died from flash floods stemming from intense rainfall and hail. Most were hiking in a riverbed, and swept away before they could return to their vehicle. In some places, the rainfall of the past two days alone totaled about a third of what is normal in a year. The Tomb of the Patriarchs and Matriarchs in Hebron flooded. The airport in Eilat shut down after the flooding eroded the runway.

According to a consensus view of climate scientists, human-caused climate change is making storms more extreme. On a hotter planet, there is more water vapor in the atmosphere, and when storms come, they are able to pack a stronger punch by unloading greater amounts of rain and hail. Extreme weather events like this storm occur more frequently, because we have ‘loaded the dice’ for such events, as Dr. James Hansen puts it.

The tragedy of the loss of life can give us pause to consider why climate change is occurring. Some people who experience storms understand that something is out of balance; others are able to explain it away by saying that heavy rains do occur. This allows people to continue to engage in the behavior that is causing the problem.

Posted by The Interfaith Center for Sustainable Development on Thursday, 26 April 2018

One key driver of climate change is cars. People drive cars, and cars drive climate change. Humanity is now adding another billion cars to the roads despite the fact that scientists have been saying for 40 years that this type of behavior will destabilize the planet on which we live. The automobile has a strong grip on humanity and we are having a difficult time breaking free of it.  In the 25 years between 2010 and 2035, the number of cars people own will likely go from one billion to two billion. And these cars are mostly not electric or hybrid, they’re mostly cars that burn gas, cause greenhouse gas emissions, and contribute to climate change.

When my son was 4 years old, he asked me, “Daddy, when am I going to get a car?” To me, this was a surprise because I never told him he was going to get a car. I realized how much we are educating our children to own and drive cars. How did he come to want a car? Since he was an infant, many of the stories that we read him were about cars, and many of the toys that he played with cars. Some shirts worn by other kids said, ‘When I grow up, I’m driving a fast car.’ ‘Eat, sleep, cars.’ ‘Plays with cars.’ ‘Still plays with cars.’ Here are some of the kid shirt images. 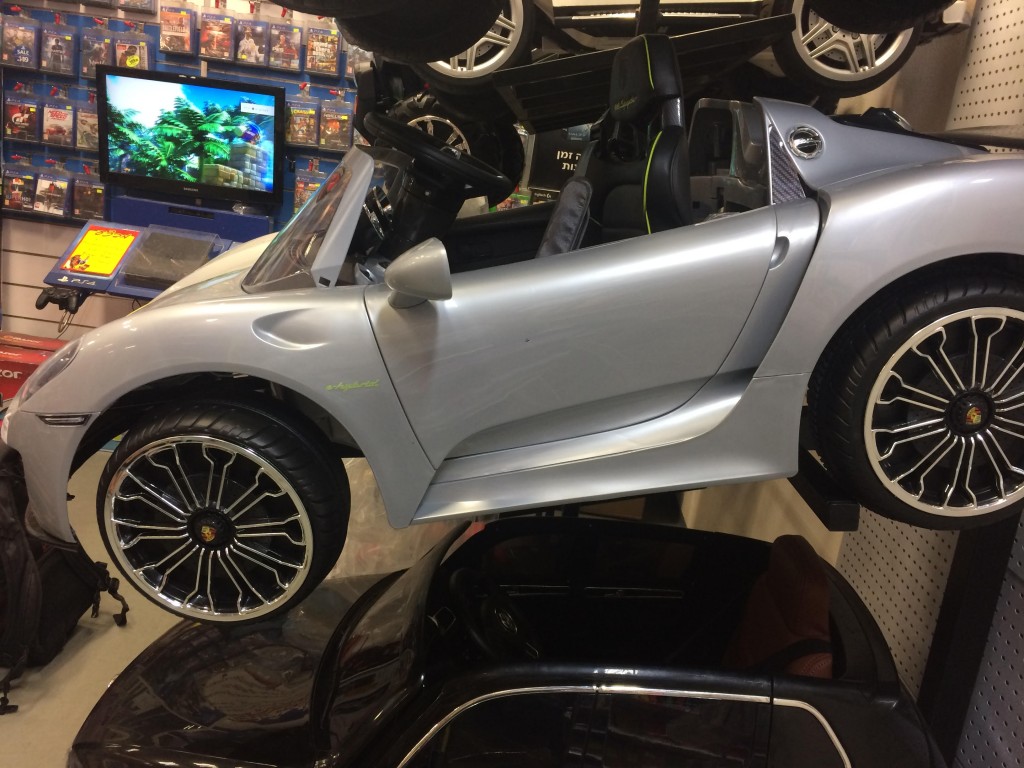 One toy store in Jerusalem has over 100 types of cars in it for kids of all ages. Cars for babies, for toddlers, 4-year-olds, 6-year-olds, 8-year-olds, 10-year-olds. Big cars for little kids. Why do little kids need big cars? In order to teach them the importance of having a car. Because having a car means power. Control. Convenience. Comfort. Because we are addicted to cars, we teach our kids from a young age how important they are even though we need to reduce their use for the sake of our collective futures.

I’m trying to teach my kid to be a spiritual being in a physical reality. I’m trying to educate him with values of moderating consumption, thinking long-term, and caring for other people and for all of creation. At some level, the values of owning a car and the values of a sustainable planet are on a collision course. Over 2,000 years ago, Alexander the Great asked the Jewish sages, ‘who is wise’?  They replied, ‘the one who can foresee the long-term effect of their action.’ As the human population rises to 10 billion people, the number of cars on the planet rises as well. If climate change is a problem with one billion cars, can you imagine what type of climate instability we are creating with two billion cars? 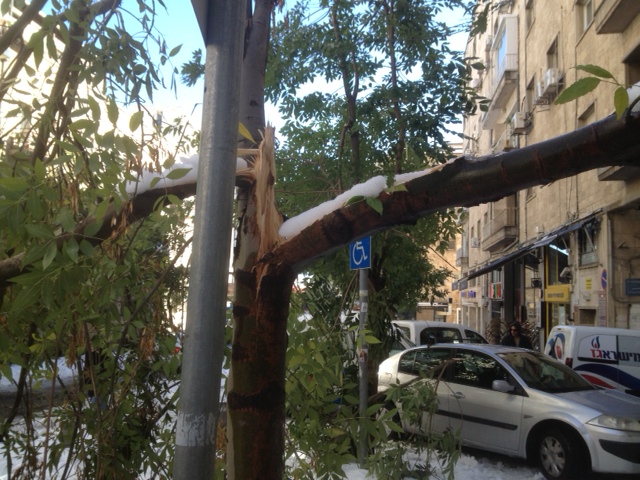 We are on the cusp of a revolution in the use of personal automobiles. In the coming decades, self driving cars will likely replace personal automobiles. But before that happens, the number of personal cars will double, as car analysts predict. If we do so, we may lock in catastrophic climate change. If we wait for self-driving revolution to come in the next decades, it will likely be eclipsed by the climate instability two billion cars unleash on our planet. As today’s tragedy shows, in the face of climate chaos, cars and trucks are powerless to save us from the instability they and we have set in motion.

If we’re going to be serious about curbing climate change and ensuring that the next generation  inherits a livable planet, we will need to rethink owning personal automobile.

What are we supposed to do about this?

In some places, like Beijing, the government restricts owning a car— to a select number  who can get a license plate in a lottery. This is one approach — which as a draconian measure is anathema to many people. The Beijing government enforced this to rein in what Justin Gillis and Hal Harvey called in a recent New York Times oped ‘the tyranny of the automobile.’

Consciousness change is a different approach. I think that we need to question the given of personal automobile use. Parents can choose what toys to give their children. And beyond that, kids learn more from what parents do than from what parents say.  Here are some transport alternatives to owning your own car:

My hope and prayer is that we will make the right choices now, while we still have time to act.