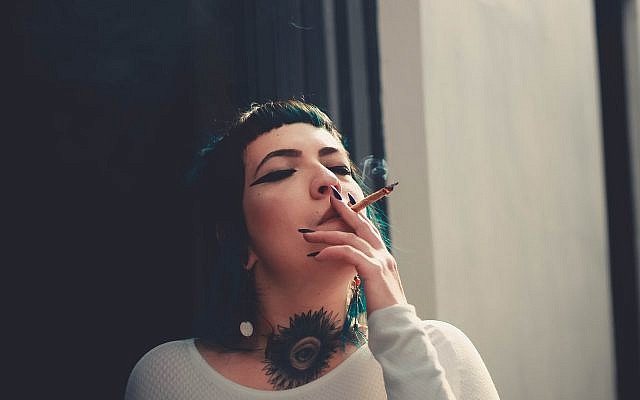 Smoking (Free to Use Photo by Carla Medeiros from Pexels)

After an evening watching the latest episode in my favourite TV series, I had to open all the windows. In every scene, both the hero and the villain were smoking cigarette after cigarette.
A recent study by a US anti-tobacco watchdog found that over 92% of TV shows featured someone smoking.

Stranger Things, an American science fiction horror series on Netflix, was one of the worst offenders. Netflix says they will only allow smoking in programs aimed at younger people if it is necessary for “reasons of historical or factual accuracy”. But they went on to say that in other shows smoking will only be shown if “it’s essential to the creative vision of the artist or character-defining”. That covers just about everything.

So, when we watch the exploits of Father Brown or the vet, James Herriot, it is not difficult to guess who is paying to have a cigarette in everyone’s hands. It seems that the cigarette companies, banned from advertising back in 1970, when President Richard Nixon signed the Public Health Cigarette Smoking Act banning cigarette ads on both television and radio, have found a way round the law. In fact, the anti-smoking announcements proved effective, and to the dismay of the tobacco companies, the number of U.S. smokers began to decline sharply. Something had to be done and Big Tobacco did not hesitate to take any steps necessary to protect its interests.

Here in Israel, watching the mobs of foolish protesters who cannot wait for democratic elections to make their choice of prime minister, we are reminded of TV’s cigarette smokers and their hidden, off-stage paymasters.

It is not cheap to hold a “spontaneous” demonstration. No-one is going to turn out, day after day, to scream meaningless slogans calling for the outing of our elected representatives unless someone is paying them. Even if they are out of work and have nothing better to do, they would quickly get bored. And demonstrators need to eat. Demonstrators need equipment. Demonstrators need to be organised. Someone must pay for the hundreds, even thousands, of professionally printed banners the protesters wave so enthusiastically. Megaphones must be paid for. Someone is paying for this, someone with a hidden agenda.

With mask-less protesters crowding together to bring down our duly elected prime minister and defeat Israeli democracy, we are all going to pay a price; their ill-considered actions will cost us dearly.