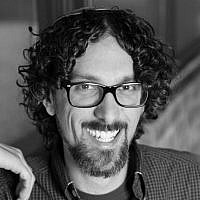 The Blogs
Aryeh Bernstein
Apply for a Blog
Advertisement
Please note that the posts on The Blogs are contributed by third parties. The opinions, facts and any media content in them are presented solely by the authors, and neither The Times of Israel nor its partners assume any responsibility for them. Please contact us in case of abuse. In case of abuse,
Report this post. 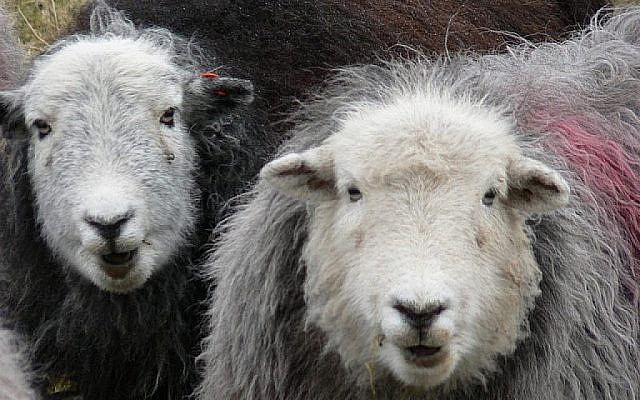 Against the backdrop of international erosions of political freedom and human rights, many people are feeling heightened relevance this year of Tisha B’Av the Jewish day of grief observed this Saturday night and Sunday. In particular, the words of Lamentations, chanted Saturday night, ring in especially haunting tones in the context of the exploding global refugee crisis and the grotesque cruelty and small-mindedness of our Administration and most wealthy countries in the world to the most desperate of people. At Farm Forward’s Jewish Initiative for Animals, we implore you: pay attention to the food system. Our Tisha B’Av literature and practices remind us of something we know intuitively: all oppression is connected, and it passes through the most basic need of all living beings, our food.

Tisha B’Av is about many themes: homelessness, shame, guilt, and shock; indignity, exile, trauma, Temple worship, anger, and fear. It’s about alienation from God, community, and future. It’s about being a refugee in a place that used to be one’s home. It’s about brutality and violence. Throughout the poetry and theater of Tisha B’Av, running through all of this drama is the human relationship with food.

“All her people are moaning, seeking bread; they gave up their precious things for food to restore life” (Lamentations 1:11, translations based on that by Rabbi David Seidenberg).

“My priests and my elders wasted away in the city, seeking food for themselves to bring back their life” (ibid., 1:19).

“Lift up your palms toward [God] for the life of your babies stretched out by hunger at the head of every street” (ibid., 2:19).

They that fed on delicacies are desolate in in the streets; those nursed on scarlet hug trash heaps” (Lamentations 4:5).

The focus in Lamentations (Eikha, in Hebrew) on hunger and food trauma forces the reader to confront desperation in a raw way, to resist the urge to philosophize or theorize the day excessively. Tisha B’Av may be largely about abstractions like national self-determination, occupation, and religious worship, but those concepts are, themselves, extensions of basic, human stability and security or privation and rupture. Politics are always about food. Where food is secure, culture and politics are possible; where food is corrupted, national collapse is inevitable. Fasting, of course, is central among the practices of Tisha B’Av, dramatizing that even those of us with privilege and power, like priests and elders, may be just a hair away from wasting away in city center searching for food. Even those of us accustomed to eating delicacies can be reduced to scavenging through trash heaps, embracing garbage as our sustenance.

Factory farming, which now accounts for more than 99 percent of all farmed animals raised and slaughtered in the United States, relies upon torture of animals, denying them their most fundamental needs, such as clean air, sunshine, freedom from chronic pain and illness. Moreover, the Food and Agriculture Organization of the United Nations has concluded that animal agriculture is the single largest contributor to global warming—outstripping even the transportation industry in its production of greenhouse gases. To maintain animals in dangerously cramped quarters filled with disease, the factories pump up many animals with immense quantities of antibiotics, leading to “epidemics of antibiotic-resistant foodborne illness,” as chronicled by Maryn McKenna in her book, Big Chicken. Not surprisingly, these same factory farms practice and rely upon cruelty to their human laborers. Oxfam America’s 2015 report, “Lives on the Line: The Human Cost of Cheap Chicken,” and numerous other studies document the low wages and exceptionally high injury and illness rates among employees in factory farms. The Southern Poverty Law Center has documented that no state or federal statute limits line speeds standards for the purposes of worker safety. The Bureau of Labor Statistics, predictably, reports that meatpackers face an illness and injury rate two and a half times higher than the national average.

Processing the wreckage of the ransacked city and the ravished people, the poet in Lamentations exclaims that “the iniquity of my people grew greater than Sodom’s sin” (Lamentations 4:6). It’s not hard to see why the poet in Lamentations connects the contemporary destruction to Sodom: Sodom was previously the Torah’s only body politic to be deemed so irreparably wicked and devoid of righteous dissidents that it merited being singled out for destruction (Genesis 18-19). It was a famously lush region, rich in natural resources, “like the Garden of YHWH” (Gen. 13:10), but a place where one hospitable resident had to urge two travelers, anxiously, that it was too dangerous to camp out in public, a place where a lynch mob demanded that these non-citizens be turned over to be abused sexually. The Rabbis capture the cultural economy of Sodom like this: “The people of Sodom said: Since food comes out from our land, and gold and silver come out from our land, and precious stones and pearls come out from our land, we have no need for other people to come to us. They come to us only to empty us out. Let us take a stand to make visitors forgotten among us. The Omnipresent said to them: Since with the goodness that I provided you, you have made visitors forgotten among you, I will make you forgotten from the world” (Tosefta Sotah 3:12).

In other words, Sodom’s sins were entitlement, greed, hatred of outsiders, and the use of Divine gifts and human creativity for hoarding wealth and abusing the vulnerable. The consequence, of course, is that not only do all the people of Sodom die, but the animals and ecology of the area are destroyed, too. When profits and wealth are hoarded by the few, on the backs of immigrants, as in today’s factory farms, everything will eventually go up in flames. No one is safe.

The Rabbis, processing a world of oppression, compel us to dwell in the darkness for this day, not to avert our gaze from the totality of the cruelty, and the interconnectedness of all things. But they always look forward, too. A midrash posits that the destruction of Jerusalem was an echo of primordial Adam’s original exile from the Garden of Eden. Noticing that phonetically, the opening word of Lamentations — “Eikha” (“How could it be!?”) — is identical to God’s challenge — “Ayeka” (“Where are you?!) — to the original human after that first rebellion against care for the planet, “the Rabbis link the particularistic story to the universalistic story,” as Rabbi Arthur Waskow puts it, “giving us the seeds to link what has been a holiday about the particular suffering of Jews with the need for a day of mourning for the universal suffering of the Earth and all its peoples and life forms.” It’s all one.

As we enter the fast of Tisha B’Av, the Jewish Initiative for Animals invites us all to follow the lead of the tradition: focus on particular grief and destruction. Practice radical empathy to understand how that particular grief is located in a web of oppressions. Pay attention to food, at the center of all abuse and potentially at the center of liberation. Facing the wreckage of our Sodomite immigration crisis, of our health care crisis, of racism and misogyny, of animal abuse and factory farms, cry out: “Eikha”, “How could this be?!” Follow the tradition’s lead in recognizing our own cry as God’s challenge to all of us: “Ayeka?” — “Where are you?” How will you take responsibility? The Jewish Initiative for Animals (JIFA) organizes Jewish communal resources toward ending suffering on factory farms, in large part by helping institutions align food practices with Jewish values. Please join our work.

About the Author
Aryeh Bernstein is Staff Educator for Farm Forward’s Jewish Initiative for Animals and teaches on Judaism and social justice in several other Jewish organizations, including Avodah, the Jewish Council on Urban Affairs, and Mishkan Chicago.
Related Topics
Related Posts
Comments