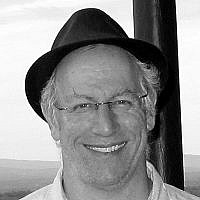 The Blogs
Jonathan Schorsch
Apply for a Blog
Advertisement
Please note that the posts on The Blogs are contributed by third parties. The opinions, facts and any media content in them are presented solely by the authors, and neither The Times of Israel nor its partners assume any responsibility for them. Please contact us in case of abuse. In case of abuse,
Report this post.

It is painfully obvious that in order to prevent the most extreme predictions of global climate change from becoming a reality we must reduce and ultimately end our use of petroleum for fuel. But how we do so makes a big difference. Biofuels, both conventional (corn ethanol, fuel from sugar cane, palm oil, soy biodiesel, grain sorghum) and advanced (so-called cellulosic biofuel: made from plant waste materials, wood chips, restaurant grease, and even municipal waste), were thought to generate somewhat less carbon dioxide and other greenhouse gases than petroleum-based gasoline. By law, therefore – under a program called the Renewable Fuels Standard – gasoline producers in the United States must blend a certain amount of biofuel into their product, sold as either pure ethanol or blended fuels featuring different percentages of gas and biofuel.

Since advanced biofuels remain mostly experimental or not yet scaled to market production, and since agricultural lobbies possess great power in Washington, corn ethanol has become the biofuel source of choice in the U. S. Washington bestows generous tax benefits and direct subsidies for the production of corn ethanol. For 2013, the Environmental Protection Agency proposed, just last week, to require producers to use 14 billion gallons of it, which comprises 80 percent of the total biofuel mandate. Sounds commonsense and environmentally friendly, right? Anything but. Estimates show that around 40 percent of the U.S. corn crop now goes to ethanol. The price of corn has risen significantly, since farmers know they can sell it to fuel refiners.

The results are disastrous, as a growing chorus of scientists, environmentalists and policy makers realize. In search of more income, farmers have been led to plant corn on marginal virgin land, often fragile wetlands and grasslands, which releases stored carbon dioxide into the atmosphere. Most of these farmers, by the way, are large corporate entities, not the small-scale family farms we might romantically imagine. Research by the Environmental Working Group, in Washington, D.C., suggests that more of these fragile ecosystems have been destroyed due to ethanol corn in the last four years than in the last forty. Growing corn by conventional methods means heavy use of fertilizer and pesticide, which seep into rivers and seas. (Ever heard of places, such as where the Mississippi River flows into the Gulf of Mexico, that so lack oxygen and living things they’re known to marine biologists as dead zones?) The same goes for sugar cane, which is the source of most ethanol from Brazil.

In addition, many studies have shown that burning corn ethanol produces more not less greenhouse gas emissions than petroleum fuels, when considering the complete life-cycle of growing and harvesting the corn, producing the fuel, distributing it and burning it in engines. This problem is compounded by the fact that ethanol yields less energy than conventional gasoline. In 2009, California declined to regulate ethanol use in recognition of its bigger carbon footprint. A 2010 paper in the Proceedings of the National Academy of Sciences found that Brazil risks building up a 250-year carbon debt by 2020 if deforestation from expanding production of sugarcane ethanol and soybean bio-diesel continues at current rates. According to the National Association of Clean Air Agencies, which represents air pollution control authorities across the U.S., ethanol also results in more smog than regular gasoline.

One of the most troubling consequences of corn ethanol is social, not environmental. Already a 2008 study by the World Bank showed that global food prices rose along with the higher cost of corn. For this reason the U. N. Food and Agriculture Organization has consistently opposed the use of food crops for fuel. In early 2012, the UNFAO noted that corn prices had tripled over the past decade. The math is simple: increased competition for the same resource, with shrinking availability of farmland due to soil exhaustion, erosion, and climate change (yes, already) means higher prices. According to Scientific American, researchers from the University of Kassel in Germany found that 90 percent of Brazil’s sugarcane expansion from 2005 to 2010 displaced cattle rangeland, forcing ranchers to push into the forest. They concluded that Brazil’s planned expansion of biofuel cropland over the next decade will push displaced rangeland into more than 47,000 square miles of forest and another 17,760 square miles of other native habitat — an area the size of New York and New Jersey combined.

Corn is heavily used for animal feed. Livestock producers in the U. S. now pay higher prices for feed, leading consumer prices for poultry to have doubled. In Guatemala, as detailed in separate pieces in the New York Times and Scientific American last month, small farmers are being bought and even forced off their land by corporate interests wanting to grow crops for fuel, while the price of critical staples like corn rise, making basic foods such as tortillas more difficult for poor or struggling people to afford, not to mention the growing pollution from barely-regulated agricultural chemical use.

These problems will only worsen if policy is not changed. The only sane solution is to ban food crops from going into biofuels. Mandates, subsidies and tax credits that reward the use of food crops must be terminated. Non-petroleum alternatives should only be permitted to come from waste products, agricultural and otherwise, or crops that do not compete with land for growing food crops. It is the non-food crop biofuel sources whose use should receive governmental support. The U.S. is in many respects the engine of global policy-making. If it can be convinced to change course, real harm will be avoided and the strong signal will resonate internationally.

In Israel, which as of 2012 unfortunately derived more energy from highly-polluting coal (43%) than from gas (37%), exploration of biofuels is far behind even the minimal efforts to generate electricity from renewable sources. The one venture known to me sought to use farmed algae, but the recent discovery of natural gas offshore will likely dampen this project’s progress and general interest in biofuels. Nonetheless, Jews and Israelis live throughout the world, alongside the rest of its citizens. If the price of basic food staples continues to rise, many poor people will suffer; even now hunger remains a truly urgent crisis.

The Torah forbids us to look the other way while blood is being shed (Vayika 19:16). If climate change grows severe, all of us will suffer the unpredictable consequences together. I am reminded of the midrashic parable (Vayikra Rabbah 4:6) of a group of people in a boat. When one of them begins drilling a hole, the rest question him and beg him to stop. Says he: “What is it to you?! I’m making the hole only under my own seat!” If only. When the possibility of harming the collective is privatized, we all live in grave danger.

The EPA is taking comments regarding its proposed renewable fuel standards until March 25th; register your opposition by sending an email to a-and-r-docket@epa.gov or submit your comment at the Federal rulemaking website, which lets you comment on Federal documents.

You can go here for EPA information about its renewable fuel regulations.

In addition, I have started a petition, to be delivered to President Obama, the Secretary of Agriculture and Secretary of Energy, that you can sign here and help circulate.

About the Author
Jonathan Schorsch has taught Jewish and Atlantic World history at Emory University and Columbia University and writes frequently on environmental topics and on Judaism and the environment.
Comments