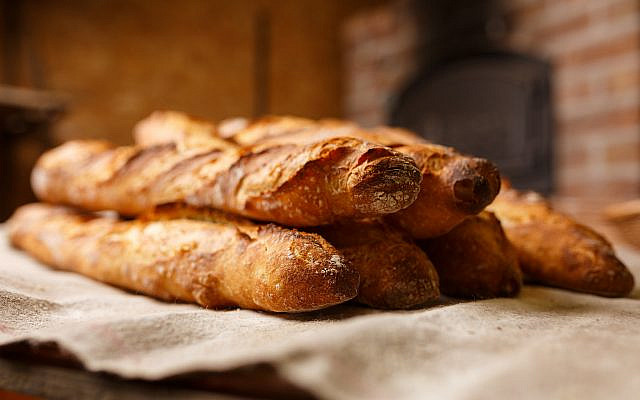 Some Tasty Baguettes (Image Free for Use from Pixabay)

The UK’s Telegraph ran a curious article on March 1 — The curious origins of the baguette, and why the French are obsessed with them. (By Anthony Peregrine)
In the middle of a long and not very interesting article about bread we find:

We’ve had bread since the Natufians (of whom I, too, have only recently heard; they were in present-day Palestine)

I had, of course, heard of the Natufians long before Mr. Peregrine, but was puzzled by the reference to present-day Palestine. Where does he think this ‘Palestine’ is?

A quick consultation with Google brought up a map of Natufian sites. Most are in present-day-Israel.

The Natufian culture, at its height some 15,000 years ago, extended from Syria in the north down to the Sinai in the south, and into the Jordanian desert in the east.

Evidence of the Natufians has been found at dozens of sites in Israel. To take just a few examples, there are Natufian burials at the Raqefet Cave on Mount Carmel, in the Hula Valley and the Negev.

Is Mr. Peregrine writing from simple ignorance or does he have a more malevolent motive for placing these Israeli sites in his imaginary Palestine?

Does this really matter?

I’m afraid the answer is, yes. Many people, with little knowledge or interest in the Middle East, read these articles, ostensibly about food, and are exposed to all sorts of lies and misconceptions about Israel. You could say that they are given food for thought and the thoughts they are given are not complimentary to Israel.

One might expect the highly respected Telegraph (located in present-day Londinium) to employ writers who know what they are writing about.