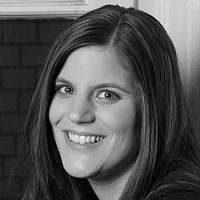 The Blogs
Simone Horst
Apply for a Blog
Advertisement
Please note that the posts on The Blogs are contributed by third parties. The opinions, facts and any media content in them are presented solely by the authors, and neither The Times of Israel nor its partners assume any responsibility for them. Please contact us in case of abuse. In case of abuse,
Report this post.

I was looking forward to a nice vacation. My little brother was getting married to his girlfriend of eight years. All I wanted to do was fly home to Germany, meet my friends, watch some World Cup games, eat a lot of good bread and cheese, drink good beer and celebrate a wonderful wedding. In between I wanted to work a bit on my Master Thesis until also my cousin will step in front of a civil judge to declare that she wants to spend her whole life with her boyfriend. Then I wanted to fly back to Israel and see the Backstreet Boys in Ra’anana Stadium.

While we were celebrating my brother’s best day of his life, the first message of Rocket Alarms in Beer Sheva reached my Whatsapp inbox. Well, I live in Beer Sheva for two and a half years now…one rocket alarm, bitch please! For real Beer Shevians, as which I consider myself after living for such a long time in the Negev’s Capital, this is not even worth mentioning in the news. But then the news kept coming, the three Jewish kids were dead, the young Palestinian was killed in revenge, riots in East Jerusalem, riots in other cities, rockets, rockets, IDF strikes Gaza, rockets, IDF strike, rockets….. Oh Hello, Welcome back vicious circle. I wondered where you were in the last one and a half years. Needed a little break after the last Operation “Amud Anan”? I see you rested well and are back in your whole glory. I already missed you.

I know, you might think, what do I care? I am sitting in Germany right now and do not have to run into hiding within a minute or worse, like people in Sderot, within 15 seconds. Yes you are right, I do not have to run. But that does not mean, I do not know what that feels like. My post-traumatic-syndrom which makes me jump from every sound that is louder than the ‘peep’ of a mouse, is a sign that I know. And this situation makes me realize every time how much I live in two worlds and how much Israel has become my home. My mind is constantly with my boyfriend, his family, my friends, their families, my friends that were already called to Army duty and everyone else I know. But I can also laugh about the competition on Facebook trying to post as many songs with “Boom” in them as possible. My favorites so far “Boom Boom Boom, I want you in my room” by the Venga Boys and “Boom Boom Boom let me hear you say Hey-oh” by these two guys who had this one hit back in the 1990s.

Yes the situation is bad right now and I keep myself updated by reading Israeli and German newspapers and then double checking the news with my friends in Israel. I am in contact with them and check every few hours if everything is ok. And that is all I want to do!

What I do NOT want to do is discuss this topic with every person that crosses my way, especially here in Germany. People that watch one news report or read one article and think they have it all figured out. People that sound like it is my fault what is going on when they ask about it. What can I do about it? All I can do is check if everyone is ok and hope that it will be over soon. Discussing the matter with everyone does not help, because people are stupid. All these horrible discussions on social networks…

Yesterday I saw a cartoon video on Facebook in which Israel and Hamas are shown as children in a kindergarten. The boy with the green bandanna (representing Hamas) is constantly provoking the tall, blond, much stronger kid (representing Israel) and never gets caught. After many incidents the blond kid hits the bandanna kid and of course he gets caught by the teachers and blamed by the rest of the class. Well, there might be a tiny truth in this cartoon but the biggest truth about it is, that the Middle East is like a Kindergarten. A big bloody Kindergarten. I do NOT want to see these stupid Pro-Israel stuff, like this video. I also do NOT want to see the stupid Pro-Palestine stuff. I do NOT want to read stupid racist comments from both sides. I do NOT want to read these stupid comments on Facebook (by Germans) accusing German news of being Anti-Semitic, only because they said that there are no bomb shelters and no alarms in Gaza. Guess what, there are not. People in Gaza who suffer most from this are people that have nothing to do with this. And no, I am not an Anti-Zionist, anti-Semitic German. I am just realistic. I understand why Israel is reacting to the rockets and I think it is necessary…pushing my pacifistic general attitude aside… and I do not think that the Israeli army is aiming for children and women. I also know that Hamas is putting their weapon stocks into populated areas or schools, just to blame Israel for killing children. I do know that, but that does not change the fact that children and innocent people die and that the humanitarian situation in Gaza is much worse than in Israel. I can still show empathy with these people, as much as I have empathy with Israelis living in fear. And it is the duty of the German news to report about both sides. By the way, the same news show also said that Hamas brought this misery on the Palestinians themselves and that they sacrifice their own population by provoking this war with Israel. So please spare the internet with your comments.

Despite all that, the biggest topic on German television right now is the World Cup. Actually I think News anchors are a bit annoyed that they have to make the news about Israel the first priority while they would prefer reporting only about the fact that Germany will be World Champion 2014 soon.

It is crazy how different two countries can be, even though they are just four hours apart from each other. The World Cup is THE big thing on people’s minds. Sometimes I wonder, how can that be? How can people (me included) care so much about a stupid black and white ball rolling into a net? But then again, after seeing Iranian fans celebrating with Israelis visiting Brazil (on Israeli news) I am assured in my opinion that football can save the world. Why can’t we solve every conflict in the world with a fair and sportive football match? Hamas in green, Israel in blue…only players that really want to be involved in this conflict will actually be fighting it and the rest of the population can watch, instead of being dragged into it. Only the ones being on the field will be the ones getting hurt and the worst you can walk off with is a broken vertebra.

Is there a place I can turn this proposal in to? UN, is that your job? Or FIFA?

And by the way if the Backstreet Boys will be scared off and cancel their concerts in the Holy Land, Israel and Hamas will face a whole new common enemy… a very forceful one…90s-Teenage-now-Thirty-Somethings-girls…and we show no mercy!!!

About the Author
Simone came to Israel from Germany in 2012, as an exchange student and decided to stay for her M.A. in Israel Studies at Ben Gurion University, where she is currently writing her thesis about the image of Israel amongst Germans. Before starting her life in the desert, Simone was a Stage Manager at German musical productions, completed a degree in Acting, worked in a bookshop and finished her B.A. in Jewish and Islamic Studies in Heidelberg.
Comments