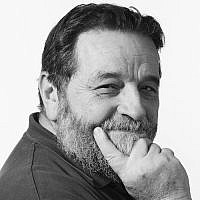 The Blogs
Konstanty Gebert
Apply for a Blog
Advertisement
Please note that the posts on The Blogs are contributed by third parties. The opinions, facts and any media content in them are presented solely by the authors, and neither The Times of Israel nor its partners assume any responsibility for them. Please contact us in case of abuse. In case of abuse,
Report this post. 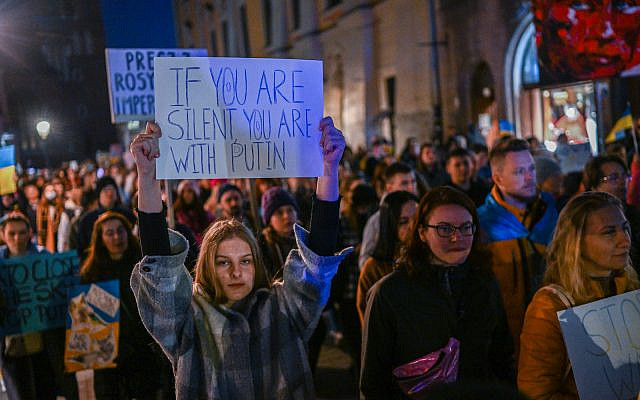 JTA — As a Jew growing up in Poland, I participated in the Polish democratic opposition of the 1970s, then the pro-democracy Solidarity movement and finally the anti-Communist underground of the 1980s. I was very painfully aware that some of my fellow militants were antisemitic, and that at times this antisemitism, not a love of freedom, could be the main motivation of their actions.

Yet I had no doubt that if we won and secured freedom for all, antisemites included, it would have been well worth it. Thirty years of an independent and free Poland have given me no reasons to question that commitment, even though antisemitism remains a visible presence, occasionally threatening and always obscene.

When Russia first invaded our eastern neighbor in February, some around the world were puzzled about how Jews could so easily support Ukraine, given what Jews suffered there during the Shoah. Neither have Poles forgotten about the fierce Ukrainian-led massacres of World War II, which claimed the lives of 120,000 Poles, and they remember the Russian occupation up to World War I and after World War II.

But here in Poland, and in neighboring countries in Central Europe, there was no question about supporting Ukraine. Figures and institutions like the chief rabbi, the Union of Jewish Religious Communities, the Polin Museum and local Jewish communities centers, as well as other Jewish institutions and organizations, immediately expressed solidarity with Ukraine.

To understand this, you need to consider the value of freedom.

Freedom is something many outside observers take for granted, having, like their parents, enjoyed it all their lives. Even I, though I have spent more than the first half of my life deprived of its blessings, I no longer think twice about writing and publishing what I think, under my own name, and without fear of repression.

Similarly, the Ukrainians, despite the dysfunctional, heavy-handed and corrupt state that emerged after independence, eventually won their freedom, paying a bloody price, during the Maidan Revolution of 2013–14. This is the freedom Russia would now take away from them.

The yearning for freedom is why I publicly endorsed the Ukrainian Orange Revolution of 2004. Some other Jewish observers, no less knowledgeable about East Central Europe, criticized me by stressing that “Ukraine is not Poland.” In other words, they reasoned, the Polish experiment in democracy could not be expected to succeed in its eastern neighbor — and, given the heavy legacy of Ukrainian antisemitism, did not deserve to be supported there.

Their fear was legitimate, but has proven unsubstantiated: There is less antisemitism in Ukraine today than in Poland, even if the organized presence of extreme nationalists there gives grounds for serious concern.

Set aside the fact that Jews and Poles taking a common position on anything since World War II — or 1989, to be more generous — is in itself a stunning development. Those who do not understand our support for Ukraine overlook another fundamental thing: This is not about the past. It is about the future. As Marta Kubica, executive director of the Poland office of the European Leadership Network, an NGO dedicated to strengthening European-Israeli relations, has said: “Political quarrels have been set aside, and we’re finally looking in the same direction: the future. It’s regrettable that it took a war for this to happen, but hopefully we can remember this feeling and use it to strengthen our future relationship.”

To be sure, Ukrainians have not yet fully owned up to the unspeakable suffering they inflicted on Jews and Poles alike, if not equally, during World War II. But Poles, too, have yet to fully acknowledge their own role in the violence against Ukrainians and Jews before, during and after the second world war.  Ukrainians, Poles and Jews who lived under the former Soviet Union will, like the Russians, have to make a reckoning of their roles as both victims and servants of the bloody Soviet system. This is not to say that history is just a cruel mess, full of unacknowledged and unpunished crimes everybody is guilty of. We can make sense of history, and different crimes are not equal to each other. But in order for this reckoning to take place at all, we need freedom.

And freedom is what the war is all about. You might have seen the brief scenes, bravely recorded on smartphones in occupied territory, of a Ukrainian woman in Sumy explaining to the Russians manning a military checkpoint that, under the Ukrainian constitution and the country’s privacy laws, she is not obligated to show them her ID. Or unarmed civilians in Melitopol blocking the way of a Russian army convoy, chanting “Go home! Go home!” — and not stopping or scattering even as a nervous infantryman starts firing into the air. Or elderly ladies singing the Ukrainian national anthem in front of the Russian-occupied city hall in Berdyansk.

Only after denying Russians their freedom could Putin send his army into Ukraine to deny Ukrainians the same. Poles and Jews support Ukrainians under the old Polish revolutionary slogan, “For our freedom and yours.” The Russian army could adopt a counter-slogan: “For your oppression and ours.” Russia had become a corrupt and lawless dictatorship just as Ukraine was ceasing to be one. Their smaller Western neighbor was becoming, to Russians, an alternative to their dictatorial present. The only way to protect that present was to destroy the alternative. Hence the missiles against Kyiv.

The Polish Jewish community has prepared reception centers for Ukrainian refugees near the border, and in Lublin, Łódź and near Warsaw. Thousands of people have already been assisted. “How many of them are Jewish?” a journalist from a haredi publication asked in a phone interview with Poland’s Chief Rabbi, Michael Schudrich. “I don’t have the faintest idea,” answered Schudrich, “but I know they were all God’s children.” The journalist hung up, and a minute later called again – not to apologize, but to angrily comment that he “doesn’t need to be preached at.” “Oh, but he does,” Schudrich told me.

Freedom is never given once and for all. Shameful democratic backsliding, not just in Poland but in Hungary and Slovenia, demonstrates this all too clearly. And there is no guarantee that Ukraine, if it manages to repel the Russian onslaught, will become a democratic showcase, happily engaging in debate about the sins of its past. It is legitimate to be skeptical.

But there can be no doubt that if Putin wins, freedom will not have a chance. Just look at Russia today (or at Russia Today, before it abruptly shut down). Or imagine Poland after such a victory, say, 10 years from now. Between Putin’s brutal terror, and our homegrown autocrats, freedom would not stand much of a chance.

Should Jews care? If this were a Monopoly game, and if there were a “Get out of history free” card, I wouldn’t blame those who would grab it in order to show it to the next jackbooted thug who came to break down their door. But good luck to anyone who thinks the men with guns will play by the rules of the game. Or believe it’s a game at all.

About the Author
Konstanty Gebert is a veteran Polish journalist, Jewish community figure and former underground activist in Warsaw.
Comments