The Blogs
Ross Singer
Apply for a Blog
Please note that the posts on The Blogs are contributed by third parties. The opinions, facts and any media content in them are presented solely by the authors, and neither The Times of Israel nor its partners assume any responsibility for them. Please contact us in case of abuse. In case of abuse,
Report this post.

My wife loves to tell the story about how I led the Birkat Hamazon (grace after meals) in our Yemenite landlord’s home. When they tried to give me the honor, I demurred at first, saying I didn’t know how to recite it according to the Yemenite custom. They insisted I could lead in whatever fashion I knew. Half joking, I spat out, “Rabosai mir villen bentchen” (the call to grace in Yiddish). Their faces lit up and without missing a beat, they chanted the traditional response.

That’s the way it always was with them – their customs, their foods, and their home were exotic to us, but our Ashkenazi practices were old hat to them. The man of the house had learned in Yeshivat Hevron – a bastion of Lithuanian orthodoxy – and could chant every parasha to the Ashkenazi trope. Though I knew practically nothing of the uniqueness of their Yemenite background, they could pose as Ashkenazi better than I. And while my unfamiliarity with their practice was good for a laugh, there is a much more serious side to my ignorance of non-Ashkenazi traditions.

A couple of years ago, Dr. Chezi Cohen, instructor of Bible at Bar Ilan University and Yeshivat Maale Gilboa, a dear friend and colleague, stirred up some controversy with his article, “I am in the west but my heart is in the east” (published in “Deot”). In the article, Chezi lamented the absence of Sephardic tradition in the mainstream religious Zionist world.

Clarifying the exact nature of his critique, Chezi acknowledged that he has experienced little to no discrimination personally due to his Sephardic ethnicity, and that in fact there are leaders of religious Zionism who hail from the edot hamizrah. Yet, he insisted that the discourse and religious practice in the religious Zionist circles draws its inspiration almost exclusively from Ashkenazi sources. Religious Zionist Torah is for all intents and purposes Ashkenazi Torah. Chezi argued that there is a wisdom in the Sephardic tradition from which religious Zionism could gain.

There was a healthy debate over the degree to which the claims that Chezi was making were true. I intuitively felt that Chezi was on to something. The more I explored the traditions and resources that Chezi was referring to, the more I realized how much I had to learn and how much my community had to gain.

This past summer I traveled with Chezi to a number of communities to raise money to publish his manuscript analyzing the sermons of Rabbi Yosef Chaim of Baghdad, commonly known by the name of his popular work – the Ben Ish Chai. Other than some scattered halachic positions, I knew very little of the biography or worldview of this major Jewish authority and thinker. As I sat and listened to Chezi expound upon his Torah I became intrigued. On the most basic level, I found the Ben Ish Chai’s sermons to be masterful. They are peppered with anecdotes that speak to the “common man” with their simplicity, and yet inspire the finest of hearts with their profundity. Speaking with a rabbinic colleague just before the High Holidays, I said that if I were still in the Rabbinate the first place I would now go to for inspiration to write a sermon would be the Ben Ish Chai. 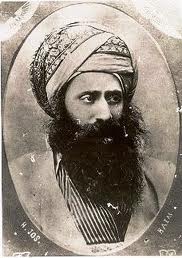 Yet, behind the elegance of the sermons, Chezi uncovered an approach in the Ben Ish Chai’s writings to the secularization of modernity that presents a stark alternative to the one prevalent in contemporary Orthodoxy. Chezi portrayed a scholar with deep insight into the human condition, who preached tolerance and acceptance of fellow Jews whose observance and connection to the community had lapsed. Unlike many of his Ashkenazi counterparts, here was a rabbinic leader of indisputable piety and scholarship who didn’t view modernized, non-observant Jews with antagonism. For the Ben Ish Chai, there was no sharp division — so typical in contemporary Orthodox parlance — between those “off the dereh” and those “on” .

Now, it is no great revelation that Sephardic culture has a different way of negotiating non-observance in its midst. I had come across historical and sociological analyses that noted that the Sephardic experience of the enlightenment was radically different from that of Europe, and that these different circumstances could account for the less antagonistic position in Sephardic society toward “secular” Jews. However, I was not aware that there was a body of literature consciously advocating this approach with great pathos.

I imagine that I am not alone in my ignorance of these writings – Chezi tells me that even in the Sephardi/Iraqi modern communities these aspects of the Ben Ish Chai’s Torah are neglected. For the religious Zionist community striving to create a Torah and culture that can speak to all of the Jewish People, and not just a sub-section of the most pious among us, these texts could be a tremendous resource. This for me was a very tangible example of the unfamiliarity of Sephardic wisdom in my circles that Chezi was describing.

Yet, an even more powerful example of the untapped potential of Sephardic wisdom came from my own independent reading. Inspired by Chezi’s classes, I began to read some of the Ben Ish Chai’s sermonic works on my own. In his book, “Od Yosef Chai” (Joseph Yet Lives), he includes a number of prefaces. The first addresses the place of human reason in interpreting the meaning of the Torah’s commandments. The Ben Ish Chai articulates major reservations about the capacity of human reason to fully explain the meaning and purpose of mitzvot. He suggests the primary justification for the mitzvot is transcendent and beyond the capacity of the human mind to fully comprehend. At best, rational explanations for the mitzvot can serve as a supplement to the heavenly significance of mitzvot.

Yet, before closing this essay, the Ben Ish Chai notes that his hesitations over the capacity of the human mind are limited to the explanation of mitzvot. When it comes to scientific exploration, human rationality is the perfect tool. We absolutely must study the world around us, and of course this study is grounded fully in human intelligence. He goes on to deride those who belittle or avoid this type of study. It is a slap in God’s face not to take advantage of the great gift of the intellectual capacity that God granted us.

Being so moved and inspired by these words of appreciation for the human intellect, I began to wonder why I didn’t know of the Ben Ish Chai’s endorsement of the study of science. I have spent decades in Modern Orthodox circles where the debate about the value of secular study is a major polemic. Here was one of the leading lights of his generation articulating a religious argument for the study of science, and I had never come across it before.

I ran to my bookshelf and took down a classic work on the place of secular study in Orthodox thought – a book I found formative and essential in my religious growth. I looked in the index and found no reference to the Ben Ish Chai. I reviewed the book and found that all the modern Ashkenazi advocates of secular study — Rav Reines, Rav Kook, Rav Hirsch, Rav Hildesheimer, and Rav Soloveitchik — were there, but I couldn’t find one reference to the Ben Ish Chai.

My religious education omitted the thought of the Ben Ish Chai on a topic of great importance to me, and it’s hard for me to imagine that I am alone. The Sephardic world has so much to offer the Israeli religious Zionist community and its American counterpart — Modern Orthodoxy. Of course there is nothing wrong with Ashkenazi Torah, but there are tremendous resources beyond this Torah that we can draw upon to enrich our discourse and worldview. Knowing how to lead Birkat Hamazon only in Ashkenazi custom has not made me much worse off, but I have no doubt that my horizons are so much richer having encountered the Torah of one of the great scholars of the east – the Ben Ish Chai.

About the Author
Ross Singer lives on Kibbutz Maale Gilboa and works as a tour guide and educator.
Comments 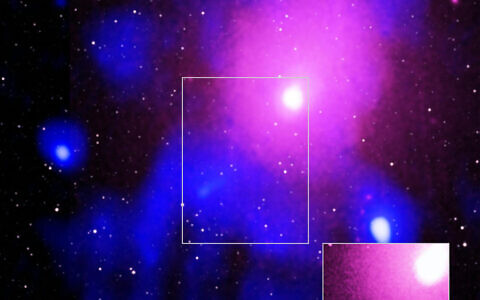 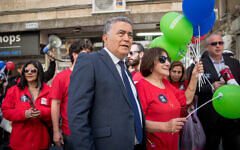 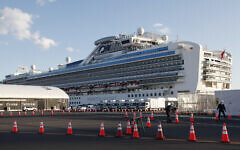