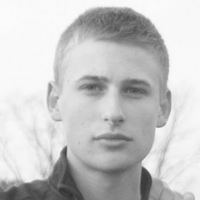 The 19th Maccabiah Games officially opens soon, and will not only welcome 21 new countries and the most athletes ever, but also the return of ice hockey. I am a member of the USA Juniors team, and we have been in Israel for a week now, touring around and seeing as much as we can in so short a time.

Last summer, I was lucky enough to be a part of a tour from my congregation from Washington DC and come to Israel with my mom and younger brother. We had a fantastic tour of the country, and I will forever remember when it dawned on me that the soldiers sharing a meal with us were just a few years older than I was, and if I lived here, I would be called upon to serve as well. My brother, Ethan, also had a second Bar Mitzvah ceremony and was twinned, through Yad Vashem, with a boy his age who did not survive the Holocaust and was never able to have his Bar Mitzvah. It was a great, and moving trip, but it is very different to be here with a team of hockey players.

We come from all over the US, and most of us did not know each other beforehand. Some of us have played together or against each other previously. Most of us have usually been the lone Jew on our respective teams. So it is a completely different feeling to share the
locker room, share the ice and see this country with an all Jewish team.


Hockey players often use the expression “for the boys.” It is a sport which requires a huge time commitment and a significant amount of travel. We have all given up weekends, holidays, sleep, and much more, to spend playing the sport we love. Why? For the boys. We have put ourselves out there on the ice to block a 90 mile an hour slapshot. Why? For the boys. Hockey teammates consider each other brothers. There is nothing you would not do for your brother. It is an amazing feeling to be a part of this Jewish brotherhood and see all of the other athletes in the other sports as well.

We have come to Israel to represent the USA and lace up our skates.  Why? For the boys.

So let the Games begin.

About the Author
Connor Roth attends the Hotchkiss School and is a 6'5" defenseman for Team USA juniors ice hockey at Maccabiah 2013.
Related Topics
Related Posts
Comments