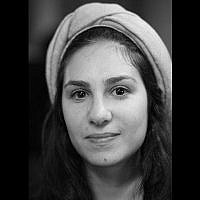 Let me explain, with the help of these (translated) lyrics to my favorite Yom HaZikaron song. Warning: it’s very, very sad.

We are the children of Winter, ‘73:
You first dreamt us at dawn, as the battles ceased.
You were tired men that thanked their good luck;
You were worried young women and you wanted so much to love.
When we were born the Land was wounded and sad;
you looked at us, hugged us, and tried to find solace.
When we were born the elders blessed us with damp eyes, said, May it be, that these children will not go to the Army.
And your faces in the old photograph prove that you spoke from the heart, when you promised to do anything for us;
To turn an enemy to a friend.

You promised a dove…

Some context: 1973 was the year of the Yom Kippur war, the worst war Israel has fought so far. It was one of the worst blows Israel has had to suffer. And those who survived handed their children an Israel where wars still had to be fought, no matter how badly they wanted and needed peace.

There’s a famous Hebrew song that goes like this: “Protect/guard the world, child, because we can’t any more (or something along these lines).” While it’s a beautiful song, those lyrics don’t sit well with me. We cannot bring children into the world and expect them to carry on the fight, to win the fight, to understand the fight. We cannot hand our children the fragments of our conflict, with the faith and expectation that they will be the ones to fix it. We cannot look at babies and see future warriors.

We cannot do this any more.

But the show must go on. And go on it will. The State of Israel is unconditionally the Home of the Jewish People. The State of Israel is an absolute, revealed miracle. The State of Israel is why I cry when I hear 12,000 people asking God to guard over “the sting and the honey:” the sweetness and the bitterness are both equal blessings. And the State of Israel stands upon the holy memory of the soldiers who shot a bullet and prayed Mashiach would come before it hit its target. Who prayed they’d missed. Who wanted peace more than anybody else, more than the most vocal peace activists. As the Gunner’s Dream goes: “In the corner of some foreign field/ The gunner sleeps tonight/ What’s done is done/ We cannot just write off his final scene/ Take heed of his dream.”

One more thing because Yom HaZikaron is also Memorial Day for Victims of Terrorism: please keep in mind that a large number of victims of terrorism in Israel were a part of the Ultra-Orthodox community, which is often accused of not serving or otherwise contributing to the State. This occurred to me recently and I’ve been thinking about it a lot. Also, Israel memorializes Palestinian victims alongside Israeli ones.

About the Author
Shira is a non-angry feminist living in Jerusalem. She loves red wine, good books, unpopular music, and Shir Ha'Shirim.
Comments