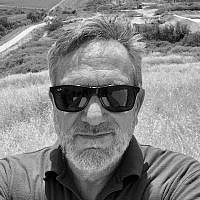 The Blogs
Jay Shofet
Apply for a Blog
Advertisement
Please note that the posts on The Blogs are contributed by third parties. The opinions, facts and any media content in them are presented solely by the authors, and neither The Times of Israel nor its partners assume any responsibility for them. Please contact us in case of abuse. In case of abuse,
Report this post.

“Egypt will emerge from its perilous drift only when everyone… takes responsibility for the commons, rather than just grabbing their own.  That’s where the environmentalists have such an advantage over the politicians, because all they think about is the commons — resources that have to be shared.”

Environmentalists, from the conservations of the 19th century up until today , have been concerned first and foremost with the common ground — the public space and common resources that belong to us all and we all share.  A country’s natural resources are a bounty to be enjoyed responsibly by all, including future generations. The societies that do this best – the places where beaches and forests and rivers and wadis are open and accessible for public enjoyment, and where development is managed sustainably – are the nicest places to live. The cities that do this best – manage development sustainably while nurturing vibrant public spaces – are the cities to which people will flock, ultimately leading the way to global sustainability.

Policies relating to public space — the commons — increasingly and inevitably resonate far beyond environmentalism, reflecting, informing and often determining the flow of greater historical and social trends. Norway has used it natural gas bonanza of recent decades to build a society of great social justice. Costa Rica has turned its lush jungles into a magnet for eco-tourism and ecological practice.  New York has expanded and improved public spacesalong major streets and squares with pedestrian plazas, parks and seating, and  you can almost feel the city relaxing. Here in Tel Aviv, a great city is defined by great public spaces, including the wavy boardwalk of the port, the leafy boulevards that criss-cross the city, the seductive  beachfront and its promenade.

Conversely, a society ignores the commons, or exploits it, at its own peril.  One of the most important things a society can do with its common space is to provide good, affordable public transportation. The current mass protests in Brazil were triggered by a rise in the price of bus tickets. Prime Minister Erdogan of Turkey has been an aggressive builder, but went one grandiose project too far when he tried to uproot ancient trees in Gezi Park, the last green space in Istanbul’s urban heart, finding himself with a public awakening shaking the foundations of his rule. When you pave paradise to put up a parking lot, people take notice. The Occupy movements across the globe were a wake-up call where the 99% put our leaders on notice that we are watching what you do with our common resources and spaces.

In Israel, the social protests of the summer of 2011 came and went, but not before bequeathing to Israel a re-invigorated sense of common ground. Among the demonstrable direct successes of the protests have been the reprioritizing of issues in Israel’s public opinion and agenda – allocation of its natural gas, advancing public transportation, and preserving open spaces. Over the past two years we see in Israel a society energized to improve public transportation for all, and to activelyin fight development threats to our beaches.  One historical battle is being won now: the people are forcing the government – against the recommendations of the professional committee it appointed – to keep most of the natural gas produced in Israel, towards improving our health and environment, rather than export it for private profits.   Further,  our Finance Minister has just convened a committee to reassess how we as a nation divvy up profits from our natural resources.

Tom Friedman, discussing Egypt’s challenges today, used the stock deterioration in the Red Sea as an exemplary case in which environmental organizations acted in cooperation with local fisherman, local government, and businesses to solve a problem where the central government was powerless to help.Friedman’s conclusion for the broader Middle East, and societies beyond, is worth repeating:

“I have no illusions… about how hard it would be to bring this kind of “shared commons” thinking to the national level here, but the absence of it is what ails almost every one of these Arab Awakenings today, where one group or another thinks it can have it all and too few people are thinking about the common good and how it has the potential make them all better off… Egypt needs an inclusive, long-term, sustainable plan for national renewal. And..those who say that the Arabs have tried everything — Nasserism, socialism, Communism, Baathism, liberalism and Islamism — but that nothing has worked, are wrong. There is one ism they haven’t tried: environmentalism. The only way Egypt and the other awakening states will have sustainable democracies with sustainable economies is to elevate an environmental ethic to the center of political thinking.”

Let us have no illusions that elevating the “environmental ethic” to the national political agenda is the need and challenge only of “Egypt and the other awakening states.” It is time for us all to awake, in every society, in every city, because in our shared commons, our shared values find their most resonant expression.

Let’s start locally, in our neighborhoods and cities.  Here in Israel, nationwide municipal elections in October offer an opportunity to highlight for the local agenda the issues that most concern us. A healthy, just, fun and lovely place to live doesn’t just happen. It is determined by the our approach to the commons, natural resources and public spaces – not just the approach of our elected officials , but our approach,  we the public, we the commoners.

About the Author
Jay Shofet is the director of partnerships and development at the Society for the Protection of Nature in Israel, the oldest and largest environmental nonprofit organization in Israel. He previously served as the executive director of the Jerusalem-based Green Environment Fund.
Comments