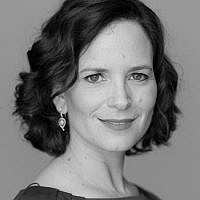 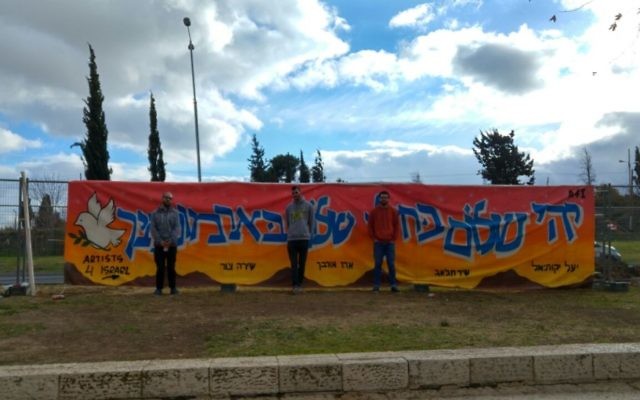 'There should be peace within your borders, serenity in your palaces.' (Facebook)

“For the sin we have sinned before you…”

Over the High Holidays, we recite an extensive list of Al Chet to ask for forgiveness.

This year, I began to ask myself: what about sins we commit as groups, especially as it relates to other groups?

At the end of the summer, the month of Elul comes on the heels of the Ninth of Av, when we mourn the destruction of the Temple. We enter the period aware of the baseless hatred embroiled in Temple ruins, a theme we witness repeatedly in Jewish history.

Through repentance, prayer, and charity, we delve into the soul, making time for confession and asking for forgiveness. This opportunity to apologize to people we hurt, without feeling embarrassed or inappropriate, provides space to heal old wounds.

From disagreement to a rift

Over the past two decades, a rift has cut into the foundation of Israeli democracy, as two camps relentlessly compete, and Israelis remain unfazed by what we have to lose. This penetrating battle is deteriorating basic trust and decency required to support the common good. The problem is that we cannot afford to let anyone of these camps win, as the price will be too high.

With the holidays approaching, I began to contemplate the place of reconciliation as it relates to sins we have committed against groups.

Judaism teaches us that both “these and those” (elu v’elu) words of God are alive, encouraging pluralism of ideas — in 70 different ways. So why are we unable to hold this valuable truth? What is our coping mechanism to allow differences to remain disagreement, instead of cutting unforgivable rifts between groups?

Distributing power between Kehuna (priesthood), Nevua (prophecy), and Melucha (kingship) during the First Temple, and Kehuna, Melucha, and Sanhedrin during the Second Temple teaches the importance of allowing for difference of opinion to foster space that encourages compromise and mediation between groups. This is a fundamental pillar of democracy, and throughout Jewish history, when one authority gained too much power, that is when we get into trouble, like the end of the Second Temple. Judaism’s rich lessons on the importance of the separation of power into three parallel authorities grant a universal framework for differences in opinion permeating the Judeo-Christian world until this day.

We have inherited clear instructions for how to foster healthy debate, however we lack the social-emotional infrastructure to ensure that disagreement between groups remains just that without it becoming so identity-defining that it destroy us.

The insidious nature of group sins allow individuals to claim plausible deniability. As we enter the holidays, I believe it is critical for us to revisit this tendency — examining whether our behavior, as it pertains to groups we are not part of, is informed by respectful disagreement. After all, “elu v’elu.”

Drawing on ancient wisdom, this is a framework through which I hope to examine my own actions this year.

For the sin we committed when we defined who we are and who from within our society is “them.”

For the sin we committed by mocking a group that is different from us.

For the sin we committed with racism.

For the sin we committed thinking that we are always right and the other is always wrong.

For the sin we committed when we thought we were better than they are.

And for all of these, God of forgiveness, forgive us, clean us of our sins, grant us atonement.

About the Author
Rachel Azaria is s social entrepreneur, who served as a Jerusalem deputy mayor and city council woman, and member of the Israeli parliament, currently promoting democracy renewal in Israel.
Related Topics
Related Posts