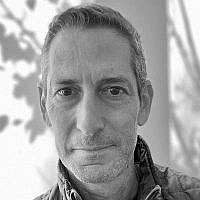 “I’m just surprised you’re going. I mean it is the Jewish holidays. Plus, it’s kind of insensitive of your friends. Anyway, have a nice trip.” That’s how the conversation shortly before my flight to Greece ended. It wasn’t terribly surprising, but it was still annoying.  Of course, like so many things that mothers say to their children (even when the children are middle-aged men), there was a stinging resonance to it.

In point of fact, it did feel strange to be travelling at this time – Rosh Hashana was one thing, but Yom Kippur?  The reason was logistics: We were 7 busy professionals, all with families and work, close friends for between 40 and 50 years (!), and this was the only window of time that worked for a long-planned, special vacation to visit the birthplace of Alex’s father, where he (Alex) had recently purchased land. Still, despite the unfair judgement of kind-hearted & genuinely sensitive Alex — who really wasn’t aware of the nature of the conflict & for which she later apologized by text — Mom was touching on a complicated truth: My being away on the Day of Atonement was unusual (at least for me), but sometimes the atypical & non-traditional can transform in their own powerful way. . . .

Just over 2,000 years ago, the Ancient Greeks desecrated the Jewish Temple in Jerusalem.  We were a small, stiff-necked people who refused to accede to Hellenism, the predominant culture of the time.  That’s the story of Hannukah, of course.  More recently, the modern Greeks mostly just watched, though too many collaborated, as the Nazis went further.  I write from the port-city of Thessaloniki, the second largest city in this country, which at one time was home to a thriving and indeed majority Jewish population – many of whom were descendants of those expelled during the Spanish Inquisition.  In the spring of 1943, just blocks from my hotel, the Nazis began their systemized deportation of the Jewish residents here.  They forced them into a public square, onto trains and sent them to the Auschwitz-Birkenau death camps, where they exterminated & incinerated 50,000 Thessaloniki Jews.  This morning, Yom Kippur, there was no synagogue I could attend. So I walked kippah-clad along the sea, past seemingly endless bustling shops & cafes, and stopped in front of a sculpture built in memory of the senselessly murdered Jews.  I thought about individual identity and religious particularity in an ocean of often hostile otherness. I also thought about rituals and morals. 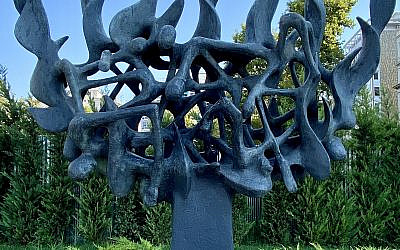 Yesterday, the sun was setting as we raced back to our hotel after visiting the Museum of Royal Macedonian Tombs.  There we saw extraordinary archaeological finds from the 4th century BCE, including meticulously crafted ceremonial objects.  For them, it was about assuring safe-passage to the after-life through ornate cremations, decorated burials & sacred pyres.  For us, at least now, it’s different. Sort of. We no longer offer animals to our God, but we too have a host of rules and regulations meant to provide meaning, to elevate, to ensure Divine redemption.  The mini-bus arrived back just in time for me to light candles, but I knew this Kol Nidre would be very different – and yet better than another one that immediately came to mind.

Years before, we had just finished dinner and were heading out the door to services.  The details don’t matter, but what’s important is that an ugly & painful exchange ensued.  I wasn’t the target, I just observed.  It seemed to be about pride, power and control, and it ostensibly was.  The cloak was incendiary rage.  Maimonides warned that we lose our wisdom when our anger takes over.  We can lose our humanity too.  A different teacher of mine taught that “vengeance is lazy grief.”  But that night, I didn’t yet understand.  And by the time things had calmed down, going to shul wasn’t really an option – so I headed to a large public park instead.  It’s been nearly 20 years, and I still recall it vividly.  I sat on a bench by myself as a crowded, outdoor concert took place behind me, and I worried: About the fragility of relationships, the fear of acknowledging certain truths, and the fortitude required to confront ourselves and reform our lives.

Last night, before my fasting began, I told my dear friends – three Jews and three Gentiles – that I wouldn’t be joining them today, but that I didn’t regret coming on the trip.  That I was genuinely sorry for any hurt I had caused them, including not being in better touch regardless of the reason, and that I would try to do better going forward.  Because as the liturgy of this holiday makes clear, life is not only precious, it is often tenuous.  And though there’s no question that a congregation chanting in unison is powerful, I’ll return to that next year.  This year, I experienced the gifts of quiet, contemplative alone time in tandem with the blessing of beautiful, brotherly love – and for these, I will be forever grateful for a most memorable chag.