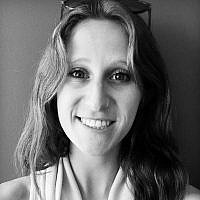 The Blogs
Hallel Abramowitz-Silverman
Apply for a Blog
Please note that the posts on The Blogs are contributed by third parties. The opinions, facts and any media content in them are presented solely by the authors, and neither The Times of Israel nor its partners assume any responsibility for them. Please contact us in case of abuse. In case of abuse,
Report this post.

When the March 4 Racial Justice in Washington, DC was unfortunately announced to be held this coming Saturday — which is also Yom Kippur, the holiest day for the Jewish people — it hurt. Many Jews like myself who believe in the importance of fighting for social and racial equality have in recent years felt more and more marginalized, as many progressive rallies demonize Israel or ostracize Jews in other ways.

For my family, like many Jewish families, the struggle for racial justice is personal and deeply embedded in our identities. My grandfather, Martin Abramowitz, was at the iconic ‘I have a dream’ speech, went to Mississippi for the Freedom Summer, and spent his professional life creating social service safety nets around the world. My grandmother, Beth Ann Silverman O’Hara, wore a “Get Your Laws off My Body” pin well before Roe V Wade and worked on many Democratic campaigns starting with being George McGovern’s personal photographer in 1972. My aunt helped swing the 2008 election for President Obama with her “Great Shlepp” campaign. And my father, Yosef Abramowitz, led the anti-apartheid movement at Boston University and also served with Coretta Scott King on a key committee to establish her husband’s birthday as a national holiday.

We have long known of right-wing Jew-hatred, and were not surprised by acts of white supremacy such as former KKK leader Dave Duke marching proudly in the racist “Unite the Right” rally, and the crowd recently in Charlottesville, VA shouting “Jews will not replace us.” Images of Adolf Hitler, along with the phrase “finish what he started” were recently found taped to the doors and the windows around the multicultural center at California State University Long Beach.

Donald Trump — not only the star of your favorite meme — provides the validation for which white supremacists have been praying. The resurgence of the KKK and neo-Nazis occurred somewhere between the President not properly condemning Charlottesville, demonizing Muslims, banning trans soldiers, and ordering extra mandatory weapons for police officers.

None of that shocked us as Jews. The super-majority of voting Jews are part of the political left, many supported Bernie, but the majority ultimately voted for Hillary.

Then came this March 4 Racial Justice in response to Philando Castile’s murder, in front of his girlfriend and her child, by a police officer. The girlfriend had live-streamed the shooting on Facebook, yet the officer incredibly was still found ‘not guilty’ by a jury in Minnesota.

The March 4 Racial Justice was then initiated as a unifying front to say no to racism.

Jews, who overwhelmingly support gun control and many other social justice causes, have been feeling unwelcome in progressive circles. Jews were removed from the Chicago Dyke March, told we cannot be feminists if we are Zionists, and are being called out on campuses nationwide as fascists. And we, progressive Zionists who support a two-state solution rather than the demonization of the Jewish state, are becoming politically homeless on the radicalized Left.

Then the March 4 Racial Justice planned its major event not only on the Sabbath but on Yom Kippur. How could the organizers of a march against racial injustice so openly discriminate against Jews, whose long dedication to justice in America is legendary?

But then this from the organizers:

“We have learned from our Jewish friends that Yom Kippur is a day of making amends and of asking and receiving forgiveness. We hope that our sincere apology will be received with compassion, and that we will build a stronger relationship among all our communities as a result.”

And the fact that sister marches in New York and New England are happening a day later, this Sunday, provides an opportunity for Jews to rejoin with vigor the larger fight against racism in America. Still, I think many of us — Jews in general, and Jewish Zionists in particular — are feeling vulnerable and cautious. But hopeful, too.

I call for all Jewish students to join the sister marches, the very next day, on Sunday, October 1, in New York and New England.

Yes — it sucked that the main march is on Yom Kippur. But we don’t get a pass on this issue because we’re hurt. The Jewish people have been on the correct side of the civil rights movement and it is still our responsibility to stand up for racial justice now, as generations of us have before.

Last week, speaking at a Washington, DC synagogue on the Jewish New Year, Supreme Court Justice Ruth Bader Ginsburg said, “The Jewish religion is an ethical religion. That is, we are taught to do right, to love mercy, do justice, not because there’s gonna be any reward in heaven or punishment in hell. We live righteously because that’s how people should live and not anticipating any award in the hereafter.”

I’m proud of my family’s activist legacy and now it’s my turn.

The civil rights successes of the past were built on brave and inclusive coalitions. I accept the heartfelt apology of the organizers and am calling on the American-Jewish community to forgive and march forward.

Hallel Abramowitz-Silverman is the Director of Communications for the World Union of Jewish Students (WUJS), a student at the IDC Herzliya Sammy Ofer School of Communications and a veteran of the Israel Defense Forces. Follow her on Twitter at @JustHallel

She writes here in a personal capacity and not as a representative of WUJS.

About the Author
Hallel Abramowitz-Silverman is the Director of Communications for the World Union of Jewish Students (WUJS), a student at the IDC Herzliya Sammy Ofer School of Communications and a veteran of the Israel Defense Forces.
Comments 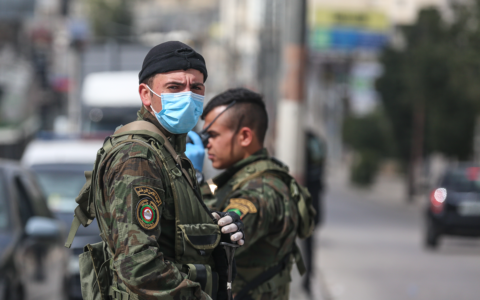