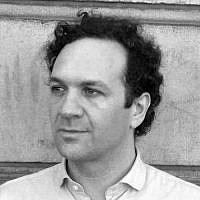 The Blogs
Daniel Kennemer
Apply for a Blog
Advertisement
Please note that the posts on The Blogs are contributed by third parties. The opinions, facts and any media content in them are presented solely by the authors, and neither The Times of Israel nor its partners assume any responsibility for them. Please contact us in case of abuse. In case of abuse,
Report this post. 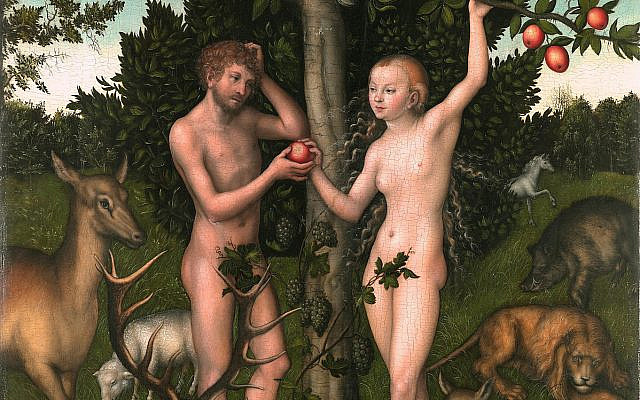 Lucas Cranach the Elder's Adam and Even, 1526, at Courtauld Institute of Art. (Wikimedia Commons)

While the bulk of the words in the Torah and Biblical Hebrew in general are recognizable for Hebrew speakers today, some are of course archaic words that were subsequently lost to the living language. These lost words can often be more easily decoded via parallels in Aramaic and/or Arabic, though such parallels often lead to additional questions. Occasionally these lost words belong to roots that can link them to similarly mysterious words encountered elsewhere in the Torah.

Such is the case with the key word used by Chavah / Eve in her excuse for misleading Adam into eating the Forbidden Fruit in the Garden of Eden, when she says, “the snake hishshi’ani and I ate.” (Bereshit / Genesis 3:13). “הַנָּחָ֥שׁ הִשִּׁיאַ֖נִי וָאֹכֵֽל”

This is generally rendered into English somewhere along the lines of the King James Version’s attempt: “The serpent beguiled me, and I did eat.”

But how hishshi’ani would mean “beguiled me” is unclear, and today’s Hebrew speakers don’t have a much easier time explaining this verb than others. It’s seemingly been lost to the language.

What should be clear is that it is a verb belonging to the hif’il pattern (בניין הפעיל), which is generally causative. So it most likely means “the snake caused me to do … “ something. But what? Looking more closely at the verb הִשִּׁיאַ֖נִי, we see the dagesh point in the letter shin, doubling it, which is why I’m transliterating it as hishshi’ani. This is an important clue, as such doubling most often occurs when the letter nun was once present, but then merged with the letter in front of it, causing it to be doubled. A hypothetical earlier form of this verb would thus be hinshi’ani, and we could posit that the verb’s three-letter root (most often underpinning verbs and words in general in Semitic languages) is נ.ש.י, n.sh.y.

In Modern Hebrew use, this root would likely be most readily understood (rightly or wrongly) as having something to do with femininity. “Feminine” is in fact נשי nashi. “Women” are נשים nashim.

One hint at another meaning of this root can be seen in the Hebrew phrase תהום הנשייה tehom ha-neshiyah meaning “oblivion”, literally “abyss of forgetting”. Based on the form neshiyah there would theoretically be a verb linshot meaning “to forget”, with nashah נשה meaning “he forgot”, and while some dictionaries indeed list this as an archaic, literary word for “forget”, it is essentially itself forgotten. Israelis today are probably more familiar with the Arabic cognate verb نَسِيَ nasiya meaning “he forgot” than its Hebrew equivalent. In Modern Hebrew use, what seems to be the present participle of this verb, nosheh, means “creditor”, perhaps as an expression of wishful thinking – who wouldn’t like their creditors to forget their debts?

(Klein’s etymological dictionary proposes that the word nosheh meaning “creditor” was borrowed into Hebrew from the Akkadian word rāshū, and is therefore of no relation to the pan-Semitic root for forgetting.)

The gid ha-nasheh גיד הנשה is the tendon to be avoided in kosher slaughter, rendering filet mignon de facto treifa and leading some Jewish communities to sell the entire back end of slaughtered animals to the non-kosher market. Its name seems to paradoxically mean something like “the Tendon of the Forgetter”, though its avoidance is in fact a symbol by which Jews remember how Jacob got the name Israel and the People of Israel got its name (a custom noted in Bereshit / Genesis 32).

In any event, based on the n.sh.y root, Chavah / Eve’s excuse best translates as “the snake caused me to forget [that this tree’s fruit was forbidden] and I ate.” Forgetting the commandment led her and Adam to disobey the Divine Will, and they were thus banished from the Garden of Eden into the real world, where they must work for a living and women suffer while giving birth.

This meaning of the word and its message may ring a bell.

In the spirit of Simchat Torah and the recommenced yearly cycle of reading the Torah, simultaneously finishing the entire scroll of the Five Books of Moses and starting it again, we can tie the n.sh.y root back to an equally mysterious word encountered a couple weeks ago, in Moses’ song as recorded in Parashat Ha’azinu, Devarim / Deuteronomy 32. Specifically, verse 32: 18 reads:

The KJV renders this as, “Of the Rock that begat thee thou art unmindful, and hast forgotten God that formed thee.”

The archaic word teshi תשי, lost to modern Hebrew, would thus mean “you are unmindful”, and it is poetically paralleled with the more familiar va-tishkaḥ, meaning “and you have forgotten”. Such poetic paralleling often makes use of synonyms or near-synonyms, restating a sentence or phrase in other words. Teshi can thus be seen as a synonym or near-synonym of tishkaḥ and meaning something like “you forget”, and related to the n.sh.y. root. One potential problem is that in such a case the nun merged into the letter shin here without leaving a doubling dagesh to mark its ephemeral presence. The theoretically expected form would be tishsheh תִּשֶּה. However, such a dagesh can itself potentially disappear. Though this rarely happens, it is seen for instance in the word ishshah אִשָּה, meaning “woman” or “wife”, which becomes eshet אֵשֶת as “woman of” or “wife of”. Similarly massa‘im מַסָּעִים “journeys”, from the n.s.‘ נסע root (“to travel”),  becomes mas‘ei מַסְעֵי as “journeys of” (see Bamidbar / Numbers 33:1). Both words lose their doubling dagesh, the last visible vestige of the letter nun that is an inherent component of the roots on which they are based.

Letting memory slide into oblivion, the “abyss of forgetting” (tehom ha-neshiya, תהום הנשייה), while sometimes as tempting as a ripe forbidden fruit, naturally implies the disappearance of the Torah and ultimately the people of Israel as a whole.

About the Author
Daniel Kennemer is the founder of the Mount Carmel Arabic Immersion and teacher of Hebrew, English and more through Mount Carmel Languages. He studied Archaeology and Geography at the Hebrew University of Jerusalem.
Related Topics
Related Posts