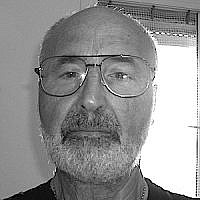 The Blogs
Brian Fink
Apply for a Blog
Please note that the posts on The Blogs are contributed by third parties. The opinions, facts and any media content in them are presented solely by the authors, and neither The Times of Israel nor its partners assume any responsibility for them. Please contact us in case of abuse. In case of abuse,
Report this post. 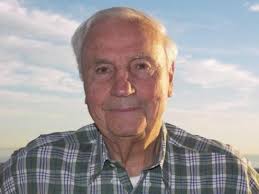 This July will mark the 40th anniversary of the extraordinary events of July 1976 when, in a wholly unprecedented and audacious operation, Israeli commandos flew two-and-a-half thousand miles to Entebbe, Uganda in an attempt to rescue plane hijack hostages. Many thousands of words and no less than three feature films have told and re-told the story of the raid’s derring-do and how Israel’s armed forces managed to pull off this seemingly impossible feat. The only Israeli military casualty was Yonatan Netanyahu, leader of the assault team and brother of the current Israeli prime minister.

Yet in all this narrative there remains one man whose immense moral courage and strict sense of duty has perhaps never really received full public acknowledgement in print. That man is the then 51-year-old Captain Michel Bacos in command of Air France flight 139 during those fateful days while the world held its breath.

The story begins on June 27th of that year when the Airbus A300 left Tel Aviv bound for Paris, Charles de Gaulle Airport with a scheduled stopover due in Athens and with a complement of 248 passengers and 12 crew. Not long after departing Athens, four terrorists, two Palestinians and two Germans entered the cockpit and wrested control of the plane from Captain Bacos and his colleagues. Incredible as it now seems, in those pre-9/11 days cockpit doors were not locked.

The hijackers were members of the Popular Front for the Liberation of Palestine-External Operations, a breakaway group from George Habash’s PFLP and under the orders of arch-terrorist leader Wadie Haddad. The hijackers’ aim was to secure the release of 40 Palestinian prisoners held in Israeli jails on terrorism charges and 13 other prisoners located in four different countries.

After taking control of the airliner, the hijackers ordered a stopover in Benghazi, Libya after which the aircraft flew on to Entebbe, Uganda’s capital where the hijackers were personally welcomed with open arms by the Ugandan dictator Idi Amin. This was the first instance of a national government, albeit one which had itself ruthlessly seized power in a military coup against the elected government of Milton Obote in 1971, working in conjunction with airplane hijackers. Following Amin’s orders, all the passengers now hostages, were removed by the Ugandan Army from the plane and transferred to a disused airport building.

Then chillingly and with hideous echoes of the Nazi period in Europe, all the Jewish passengers without regard to nationality, were separated from the other hostages. As the tense drama unfolded, it was becoming increasingly clear what the terrorists intended for them. The Israeli Olympic team hostages’ massacre four years earlier at Munich was still on everyone’s mind. Was this destined to be a repeat of that outrage?

The hijackers, with the backing of the Ugandans, told Captain Bacos that he, his crew and all the non-Jewish passengers were free to leave. The captain then called an impromptu meeting of his colleagues and said to them “We have to remain with the passengers until the end, no matter what- that is our duty.” Every single member of the crew readily agreed knowing it could well mean the violent death of any or all of them. That this was not France’s war was of no consequence, right was right and duty was real and not something at which to snigger.

Michel Bacos had fought with the Free French against the German occupiers of France in World War II and knew precisely that the stakes were the very highest possible, no less than life and death. He had already been told by the hijackers that any rescue attempt by outside forces would signal the slaughter of all the hostages and crew members. He had a wife and three sons waiting anxiously for him back in France yet he did not hesitate to do the right nor did his equally heroic crew members.

They could not have known that Mossad and Israeli Military Intelligence were already frantically developing a rescue plan with the covert help of the Kenyan Government which gave them landing rights and refuelling assistance. The would-be rescuers knew of a certainty that the Ugandan Army was actively supporting the terrorists and would fight alongside them against the liberating Israeli team.

As all the world knows, Israel did mount a brilliantly-executed and successful rescue operation code-named ‘Operation Thunderbolt’ later renamed ‘Operation Yonatan’ after the slain Netanyahu. The raid was carried out by a 100- man team of hand-picked IDF soldiers  transported in giant cargo planes and pitted against incredible odds. The actual assault team was composed of 29 Sayeret Matkal (Special Forces) elite commandos. Far from home, they knew there was no hope of reinforcements or rescue if things went badly awry.

Information from released hostages and the Israeli construction company, Solel Boneh, who had built the airport terminal, was invaluable in planning the complex operation.

When the shooting was over, the final count was 102 hostages including all 12 airplane crew rescued, three hostages dead, 45 Ugandan soldiers and the four hijackers killed. Yoni Netanyahu being the only Israeli soldier mortally wounded. In addition, passenger Dora Bloch who held joint Israeli/British citizenship and had been taken to an Entebbe hospital, was shot in her hospital bed by Ugandan soldiers acting on Idi Amin’s orders. The infuriated and unstable dictator did not enjoy being bested on his home turf and took revenge by killing Bloch and some Kenyan citizens living in Uganda.

Back home, Captain Bacos received the Legion d’Honneur, France’s highest civilian decoration. Israel too awarded him and his crew members medals for conspicuous gallantry in refusing to leave their Jewish passengers behind and save themselves. B’nei Brith International conferred on him its ‘Golden Menorah’ award in 2008. Air France gave the crew a fortnight’s leave after their ordeal and tellingly Captain Bacos, when he returned to duty, specifically requested to take charge of the next Air France flight to Tel Aviv.

He retired from Air France in 1982 and now, in his nineties, lives quietly in Nice on the French Riviera. Captain Michel Bacos, an ordinary man was singled out by fate to be caught up in extraordinary and perilous circumstances. He responded by displaying supreme moral valour and rectitude, far above and beyond the call of duty. Cometh the hour, cometh the man.

About the Author
Brian Fink is a retired bookseller and publisher's agent, and does voluntary work and tutor English to students to help in their matriculation exams.
Comments
Advertisement