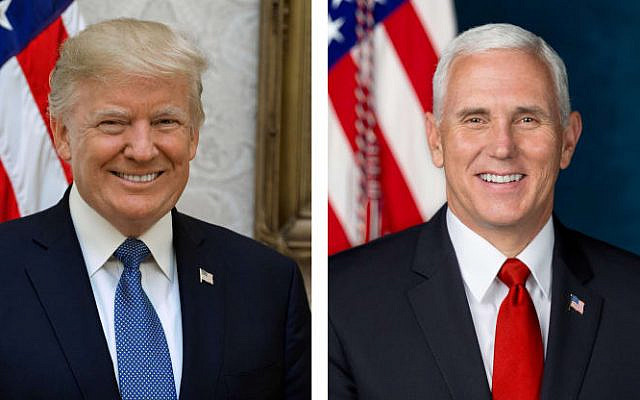 If you watched the Vice President Debate between Vice President Mike Pence and Senator Kamala Harris then you saw exactly what I did. One candidate has the resolve, poise, record and passion for supporting American families while the other candidate leads with emotions, eye-rolls, and a record that she is reluctant to defend.

Senator Harris told us over and over during the debate; “I’m speaking” – but what did she actually say? I was listening but I didn’t hear anything that would help Americans. I heard a lot of things that would hurt everyday Americans and our allies around the world.

Senator Harris would destroy our economy if she was the Vice President.  Senator Harris is on the record opposing President Trump’s USMCA trade deal and she was one of only 10 Senators to vote in favor of keeping the failed and job-killing NAFTA deal that Biden championed. We don’t want or need someone like Senator Harris who has zero business experience, zero foreign policy experience and a record that she refuses to defend.

It’s no secret that Senator Harris would destroy the American energy sector that President Trump and Vice President Pence have brought back to life! She wants to eliminate all fracking jobs. These jobs help put food on the table and send kids to college for thousands of American families every year.

Again, the Senator’s record speaks for itself. It was Senator Harris that voted against the Trump-Pence tax cuts that saved the average middle-class family of four $2,000 a year and she has stated that she will repeal these tax savings on day one. Any elected official that doesn’t support Middle-America saving up to $2,000 a year has no business being an elected official.

It was a Senator Harris friend and ally, Speaker Nancy Pelosi, who referred to these tax cuts as “crumbs”. Well, I’ve got news for Senator Harris – $2,000 is not crumbs to the average American family.

Finally, Senator Harris is weak on crime and refuses to stand with law enforcement! She supports Los Angeles Mayor Eric Garcetti’s $150 million cut in police funding and like many Joe Biden for President staffers, she encouraged people to donate to the Minnesota Freedom Fund, a fund that posted bails for criminals that were arrested during the riots that ensued after George Floyd’s death. Senator Harris is also on the record supporting Sanctuary Cities.

Or do you want a President and Vice President who have a clear record of supporting law enforcement, sustaining good paying energy related jobs, supporting school-choice, standing with our allies around the world and keeping promises made to the American people?

The choice is clear: we need four more years of President Donald J. Trump and Vice President Mike Pence. They have earned another four years in the White House!