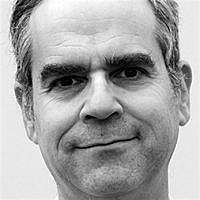 Francis, Pope to 1,200,000 Catholics, despite his very hectic schedule in Istanbul, made time on Sunday to meet the Chief Rabbi of Turkey, though his dwindling community numbers fewer than 17,000. Why would the Holy Father of so many, find time for a Rabbi of so few?  Was it for Hakham Bashi Isak Haleva’s all-embracing smile and high spirits?  Was it to show solidarity with Turkish Jewry, insecure after recent extreme anti-Zionist comments by President Erdogan?  Francis is reaching out to Jewish communities worldwide as a sincere friend, just as he did in his native Argentina, where he came to synagogue in Buenos Aires.

Francis’ appreciation of Jews goes much deeper than his statement shortly after assuming office that “Because of our common roots, a true Christian cannot be anti-Semitic.”  His positive views of Jews herald an unprecedented cordiality between the two faiths. In his own words, “G-d never abandoned his covenant with Israel, and notwithstanding their terrible suffering over the centuries, the Jewish People have kept their faith. For this, we will never be sufficiently grateful to them.” Even Rome’s Rav Riccardo di Segni, well-known for seeking limits to relations with the Church, has commented that he is “astounded” by the force with which Francis expresses his love of Jews.

A new healing spirit in Catholic-Jewish relations is spectacularly shown by synagogue visits by the last three Pontiffs, and other meetings with prominent Rabbis.

It was also in Istanbul that, sixteen centuries ago, its Archbishop, John Chrysostomum, used to complain, jealously, about the beauty of synagogue services causing his own flock to come closer to Jews.  How times have changed!  Now Popes themselves are beating a path to our doors. Praise be!

John Paul II was remarkably Judophile, even, during WWII, refusing to baptise Jewish babies (a first in Ecclesiastical History for a future Pope).  Accompanied by his future successor, Benedict, John Paul came to the magnificent central synagogue by the Tiber in Rome, where Chief Rabbi Toaff so charmed him, that he was one of only three individuals expressly mentioned in the Pope’s Will!  On that seminal occasion, John Paul addressed Jews as Christians’ “Older Brothers.”  It established a happy precedent.

Benedict XVI, a distinguished theologian in his own right, came to synagogue in his native Germany in Cologne, in 2005, not for its Eau de Cologne, but for the heady wine of our shared Torah heritage.  Benedict is a keen pianist, and often plays Mozart.  So the community wisely brought in a top class cantor from Israel, Chaim Adler, for which the Pope was thankful, confiding, according to the chazzan, “Zi haben mir gezingen gleich in hertz arein” (You sang straight into my heart.)

When Benedict crossed the Pond to the New World in 2008, he joined a specially convened service in Park East Shul, Manhattan, on erev Pesach.  Its Rabbi, Arthur Schneier, a survivor of Kristalnacht and a builder of bridges to the Gentile World, greeted him with “Good Yomtoff, Pontiff” and gave him a box of matsohs!

Riccardo di Segni understandably cooled relations, when the inclusive Benedict allowed back into his Church a few unorthodox Christians, whom his predecessors had thrown out for their reactionary views. Some of them were volubly anti-semitic.  But Benedict relented, and Rav Riccardo welcomed him back to Rome’s Tempio Maggiore in 2010, very warmly.

All three popes also made strongly pro-Jewish statements on visits to Jerusalem.  At a time when Jews worldwide are beset by enemies, it is good to have the leaders of former foes standing by the Children of Israel. 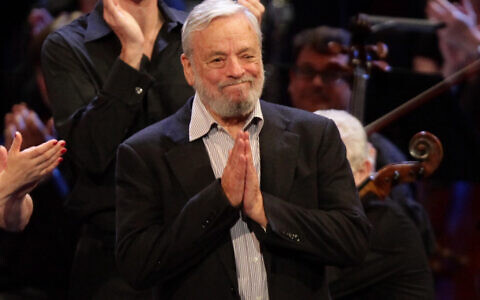 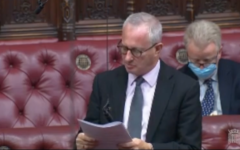 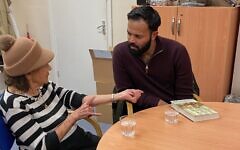