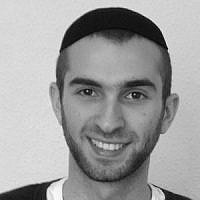 The Blogs
Ari Soffer
Apply for a Blog
Please note that the posts on The Blogs are contributed by third parties. The opinions, facts and any media content in them are presented solely by the authors, and neither The Times of Israel nor its partners assume any responsibility for them. Please contact us in case of abuse. In case of abuse,
Report this post.

On 8th of June, Mawlud Afand – a Kurdish journalist and editor-in-chief of the ‘Israel-Kurd’ Magazine (published by the Israel-Kurd Association) – went missing from the autonomous region of Iraqi Kurdistan where he lives. Evidence has since emerged that he is likely to have been kidnapped by Iranian authorities for his political activities, which include promoting ties and solidarity between Israel and Kurdistan.

Mawlud’s plight should resonate strongly with supporters of Israel across the world. The ancient people of Kurdistan have been oppressed and abused by the Iranian government for a very long time, and are the largest stateless nation in the world. This alone should be reason for us to express our sympathy when, on top of it all, a Kurdish journalist is abducted by a regime with an appalling human rights record and where torture and summary executions are rife, simply for voicing a dissenting opinion. However, we must ask ourselves a fundamental question: why would the Iranian government be so concerned about a magazine promoting Kurdish-Israeli relations in the first place?

The answer is simple, yet its implications are extremely far-reaching and pertinent to Jews, Kurds and all other minorities in the Middle East and across the wider Arab and Muslim world.

The Islamic Republic of Iran is an imperialist state which seeks to dominate the Middle East and beyond. Its tentacles extend westwards, often via proxy groups, across Iraq, Syria and Lebanon, all the way to the Gaza Strip; and eastward through Afghanistan, Azerbaijan and beyond. The list of Iranian imperialist projects extends further still: from the occupation of Kurdistan and the ‘three islands‘ in the Arabian Gulf, to actively supporting the Assad regime’s efforts to brutally crush popular dissent; and from conducting terrorist attacks in Thailand, India and Georgia to supporting Al Shabaab in Somalia. All of these aggressive actions, coupled with the attempt to acquire a nuclear weapons capability, are being pursued with the aim of establishing what Ahmadinejad himself recently called a ‘New World Order’ – one in which the Islamists in Tehran attain hegemony in their own region and beyond.

The one thing that is sheer anathema to such an imperialist power – which seeks to dominate others – is the very idea of freedom, independence and self-determination for the ‘other.’ Hence, minority groups (whether religious or ethnic) are systematically oppressed, persecuted and held in deep suspicion. The list of persecuted minorities within Iran itself is depressingly long: Baha’is, Kurds, Ahwazis, Baluchis, Christians, Sunni Muslims, Zoroastrians, Jews and many others are all subject to varying degrees of tyranny, discrimination and domination.

But this policy of domination naturally extends beyond Iran’s legal borders – this of course is the reason for the regime’s hysterical, vicious and obsessive hatred of Israel. The idea of a minority group rising up and asserting itself as a free nation in its historic homeland is simply unacceptable to a regime which seeks to control those very territories itself.

Enter the Kurds: another ancient people, indigenous to the Middle East, whose homeland is claimed by an assortment of Arab and Islamist powers – of which Iran is one – each vying for regional dominance. The Islamist regime in Tehran fears that, should Kurds and Jews realise their shared aspirations and forge a united front, a ‘domino effect’ of resistance to their imperialist designs will subsequently spread across the region. Other Islamist and Arab-nationalist regimes share similar fears, as their iron grip over religious and ethnic minorities typically relies on a doctrine of ‘divide and conquer.’

Mawlud Afand’s plight is one of personal suffering, and we have a moral obligation to fight for his freedom regardless. However, we must draw strength from his bravery and the cause for which he must have known he was taking a great risk to champion. Day and night, Mawlud and others like him campaigned, often without any help, for unity between Israel and Kurdistan, in a region where hostility towards the Jewish State is often seen as a religious requirement.

This coming Sunday, 1st July, at 3-5pm, the British Israel Coalition, together with our Kurdish friends and the Kurd-Israel Association, will be holding a joint demonstration in London. Together, we will be calling for:

2. An end to Iranian imperialism, aggression and criminal breaches of international law (such as kidnapping foreign journalists);

3. The Iranian regime to uphold its international legal duty to permit free speech and expression, and to end its crackdown on political dissent and free speech;

4. Increased unity between the indigenous minority groups of the Middle East and North Africa, including Jews, Kurds, Berbers, Ahwazis and all others who face the common threat of Arab and Islamist imperialism and a denial of their rights to self-determination;

5. Freedom for Kurdistan and Israel, from all threats of aggression and annihilation.

Please join us and stand for an end to Iranian tyranny and a freer, fairer Middle East. The Iranian regime believes that it can act with impunity in trampling the rights of both Jews and Kurds. The regime believes that it will not be held to account for its abuses of its own citizens, minority groups and violent oppression of political dissent. Let’s show them how wrong they are.

For more information, or to coordinate efforts in your own country, please email us at office@britishisraelcoalition.org