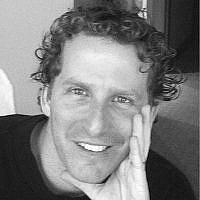 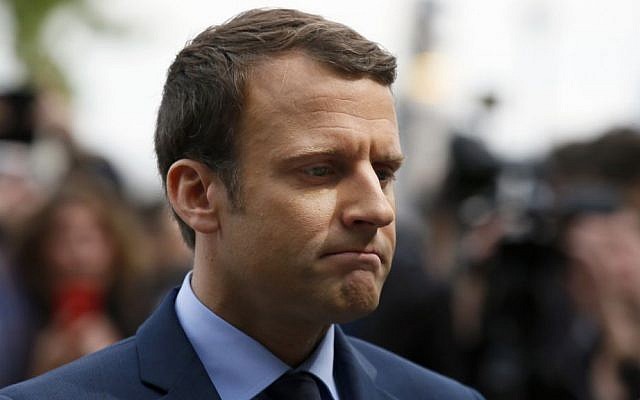 The fact that almost half of French voters voted for radical candidates, right and left, should be viewed with great concern. Nearly seven million French citizens voted in the first round of elections for an anti-Semite and holocaust denier, Marine Le Pen. While in 2002, millions protested her father’s success in reaching the second round, today the rise of the extreme right in Europe is no longer alarming for many. It is appalling that there are French Jews who support Le Pen, a phenomenon until recently considered taboo, certainly in the open.

Trends of radicalization and seclusion in French society can strike French Jewry and beyond, even if Le Pen does not become president. Sadly, those who wish to strengthen ties between France and Israel, Jews and non-Jews, do not speak in one voice, nor have they developed the ability over the past two years to exercise influence over the country’s incoming leadership.

Prior to the elections, Israel supporters bet on all the losing horses. On the right – Juppe, Sarkozy and, having no other choice in recent months, Fillon. On the left – Manuel Valls. None of them will be the next president. French friends of Israel have not invested in Macron, the rising star likely to become the next president of France, and the youngest since Napoleon.

After Brexit, France will be the only EU country with full military capabilities and a nuclear arsenal. The Great Powers’ maneuvers in the Middle East have reduced Israel to a secondary regional player at best. Consequently, France’s future relations with Israel, and its overall role in the region, will be critical.

Since the last Israeli operation in Gaza, French-Israeli relations have deteriorated steadily. France is the only western country to recognize Palestine in both its lower and upper houses, over Israel’s vehement opposition. Last year, France convened a futile international peace conference days after terror had hit Israel in a series of attacks it barely condemned. Most alarming is the warming of relations between France and Iran, and the ensuing economic deals. For Tehran, such normalization is critical as a counterweight to Washington’s cold shoulder. Relations with members of the P5+1 group who reached the nuclear agreement with Iran are vital to maintaining it.

France needs a strong ally in the Middle East and Israel can fill the role. France’s standing in the region has weakened as a result of the US-Russian power struggle in Syria and ISIS land-grabbing in territories which had traditionally been France-friendly.

This is true whether the next president is Le Pen or Macron. The election campaigns revolved around internal issues and allusions to the candidates’ foreign policy were negligible. While a Le Pen presidency would shock France and bring about dramatic reforms in its relationship with the world, the Middle-East included, the region’s foreign policy under Macron will look very similar to that of the outgoing president, Francois Hollande. Alongside his German allies, Macron will reinvigorate the EU with much needed reforms, and the EU, albeit a smaller union, will slowly stabilize. Macron as president will be inclined to pursue similar policies to Hollande with respect to the resolution of the Israeli-Palestinian conflict. He is also likely to follow a similar approach to Hollande on Iran, Syria and ISIS.

When Macron visited Israel last year, he expressed friendship and admiration for Israel’s accomplishments. As president, he will advance economic cooperation, especially in the fields of innovation and technology. Macron will appoint several figures very familiar with Israel, but not necessarily friendly to the Netanyahu government and its policies. When Jacques Attali, Daniel Cohn-Bendit, Hubert Vedrine, Jean-Claude Cousseran or Dominique de-Villepin (who vehemently opposed the war against Iraq and called the recent Israeli operation in Gaza “a massacre”), join the government, an out-of-the-box, balanced and intelligent approach will be required in order to prevent a further rift and advance a constructive Franco-Israeli alliance.

Israel and France share common values, and challenges. Protecting liberal and pluralistic societies requires a bold and active approach in both countries. Partnership between France and Israel should include more than the economy, technology and intelligence. Sharing innovative ways to deal with homegrown radicalism in societies that strive to remain open would make an important addition.

French friends of Israel must re-engage with the country’s incoming leaders to bring the two countries closer together on the basis of their mutual interests and while leveraging Israel’s soft power assets. They should try to regain the middle ground of French society, those who are driven by the common good rather than narrow communitarian interests: those who oppose hatred of minorities and the spread of Islamophobia, those who may never accept Israel’s nationalistic vision and its current presence in the West Bank, but also the veiled anti-Semitism of Le Pen. Such a shift is desirable for many reasons, and French Jewry, as well as Israel, will gain real assets if they take this turn immediately. Relations between the two countries can blossom under Macron, and now is the time to wake up.

Raanan Eliaz is the founder of ELNET, the European Leadership Network. Under his leadership the organization promoted closer relations between Europe and Israel, and the political empowerment of European friends of Israel.

The views expressed are his own and do not necessarily represent the views of ELNET.