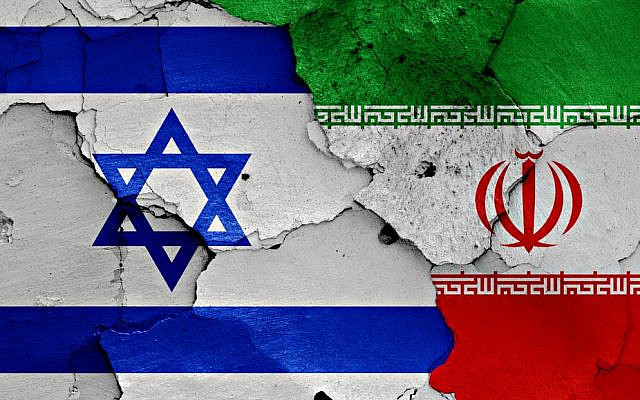 Israel and Iran enjoyed a friendly relationship before the 1979 Iran Islamic revolution. In 1948, Iran served as a way station for a large number of Jews who escaped the crackdown in Iraq to go to the newly established state of Israel. In 1950, Iran became the second Muslim-majority country after Turkey to recognize Israel as an independent nation, de facto at first then officially a decade later. The recognition was done despite Iran voting against the UN Partition Plan for Palestine in 1947 and opposing the acceptance of Israel as a UN member state after its establishment.

During the ’60s and ’70s, many Israeli contractors and military advisers are actually living in Tehran. A Hebrew-language school was even opened there for Israeli children. The Israeli airlines El Al also operated regular flights between Tel Aviv and the Iranian capital. In 1987, Israel and Iran came up with a joint plan to develop a missile that could carry a nuclear warhead under “Project Flower.”

Israel’s strategic value to Iran diminished when the latter warmed up to its former enemies Egypt and Iraq following the ascension of Anwar Sadat to Egypt’s presidency in 1970 and the signing of an accord between Iran and Iraq in 1975. Meanwhile, Islamic clerics in Iran kept up a stream of negative indoctrination against Israel.

In 1979, the Pahlavi dynasty under Shah Mohammad Reza Pahlavi—who was supported by the United States was overthrown in an event that was subsequently known as the Iranian Revolution. The existing government was replaced with an Islamic republic under the Grand Ayatollah Ruhollah Khomeini, returned from exile in France on February 1, 1979.

Three weeks later, the Ayatollah severed relations with Israel. He also turned the evacuated Israeli Embassy over to the Palestine Liberation Organization. The revolution was supported by various Islamist and leftist organizations and student movements.

The Iran – Iraq War and the Iran-Contra Deal

Two events allowed the friendly relationship between Israel and Iran to somehow continue: the Iran-Iraq War and the Iran-Contra Deal

In 1980, war broke out between Iran and the Saddam Hussein-led Iraq. During the war, Israel sold an estimated $500 million worth of arms to Iran, most of them paid for in oil.

Under the notorious Iran-Contra deal, Israel sold its own out-of-date American weapons to Iran and transferred the money it received, minus a commission, to the counterrevolutionaries battling the socialist regime in Nicaragua – despite a congressional ban on U.S. aid to the Contras.

In 1982, however, Khomeini ordered the creation of Hezbollah, a Lebanese militia, with the goal of fighting the Israeli army. Israel previously invaded Shiite-dominated southern Lebanon in 1982 and occupied the region until 2000.

The fall of the Soviet Union and the Gulf War

After the Soviet Union fell Saddam Hussein’s defeat in the 1991 Gulf War, the United States became the main threat to Iran. The US was given the label “Great Satan” while its ally Israel was called “Little Satan.”

Iran also became the most significant strategic threat to Israel after the Gulf War. The Islamic regime carried out devastating attacks to Jews worldwide through Hamas in Gaza, Hezbollah in Lebanon, and Iranian-backed terror cells in America.

In the mid-1990s, Iran resumed its civilian nuclear program – that was interrupted after the 1979 revolution – with the help of Russia.  Iran is a signatory to the NPT as well as its safeguards agreement and is subject to inspections by the International Atomic Energy Agency (IAEA). Israel is also widely believed to have nuclear weapons but since it is not a signatory to the 1968 Nonproliferation Treaty (NPT), it is not subject to inspections.

The election of Mahmoud Ahmadinejad

The relationship of the two countries worsened when the ultra-conservative Mahmoud Ahmadinejad was elected president of Iran in 2005. Ahmadinejad has repeatedly called Israel as “an artificial creature doomed to disappear.” Under him, the Iranian nuclear program has advanced and he is even willing to pursue uranium enrichment.

In 2009, Iran accused Israeli and US secret services for interfering with its nuclear program with the use of malicious software called Stuxnet. The Islamic State also accused Israel of assassinating several physicists and specialized engineers in the Iranian capital.

After the election of “moderate conservative” Iranian President Hassan Rouhani in 2013, Iran proceeded to intervene directly and indirectly in Iraq’s fight against  Sunni jihadist Islamic State (IS) group, as well as in the Syrian war, supporting Alawite President Bashar al-Assad. Israel meanwhile conducted several attacks against the Assad regime, Hezbollah, and Iranian forces. Israel has also repeatedly stressed its refusal to allow Iran to build bases near the Israeli-Syrian border.

The signing of JCPOA

In 2015, the Joint Comprehensive Plan of Action (JCPOA), better known as “the Iran nuclear deal,” was signed by Iran and the five permanent members of the United Nations Security Council. The event was welcomed by the international community except for Israel and Sunni nations. Then Israeli prime minister Benjamin Netanyahu said that the agreement will not prevent Iran from acquiring nuclear weapons.

On May 8, 2018, United States President Donald Trump announced the USA’s withdrawal from the Iran deal. That very night, Israel conducted an airstrike targeting an arms depot belonging to Iran and Hezbollah. The event set the stage for a renewed tension in Israel and Iran relations.