Many people have, understandably, begun their Jewish textual study about friendship with the Biblical story in the First Book of Samuel of Jonathan and David.  Two verses (20:17) described the relationship, both difficult to translate into English: 18:1 – “Jonathan’s soul was bound up with the soul of David; Jonathan loved David as himself”.  20:17 – “Jonathan, out of his love for David…for he loved him as himself.” 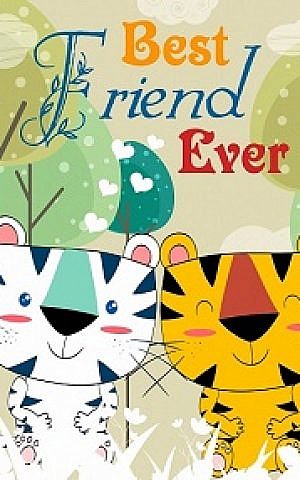 “Nefesh” is used several times, and when translated as “soul”, it is not in the later Jewish concept of the division of body and soul.  In Biblical terms, it simply means just “person” and sometimes “the entire, the deepest self”.  The full sense of the phrase “Jonathan’s soul was bound up with the soul of David” is really hard to capture, “bound up with”, “intimately tied to”, “intertwined with”, are not quite there, and the modern colloquial  “were soul-mates” is out of sync with Biblical language.

For all that, it is a worthy effort, and to some degree helps us get a feel for deep friendship.

By chance, however, I found Burton Feldman’s book, The Nobel Prize, which I believe took me further.  In it, he lists various of the world’s great physicists, many of whom worked on the first nuclear weapons program, The Manhattan Project or met at other times: Einstein, J. Robert Oppenheimer, Niels Bohr, Enrico Fermi, Leo Szilard, Paul Dirac, geniuses every one and none of whose work is the least bit understandable by most of us.

What fascinated me, though, is his descriptions of how some of their minds worked: One of them was so quick and deep, the others had to ask him to repeat what he was saying three times; Wolfgang Pauli knew too much…which could “sometimes handcuff one’s inner freedom and originality”; Richard Feynman did not stay current with the literature, afraid it might stifle his own thinking and creativity.  He would read an article’s problem then solve it himself.  Of Oppenheimer, Feldman wrote that some thought he had the brightest and quickest mind of them all, but it roamed all over, knowing everything, but nothing as deeply as the others.  By contrast, Isidor Rabi “was slower but also more tenacious.  He had the ability to sit on one problem for years, if necessary”.

This brings to mind some passages in the Talmud and breaks our (we of lesser minds) initial myth that they were all multifaceted giants of the mind: (1) There were the Tannas whose job was to memorize the entire Mishna; (2) Rabbi Yochanan (Pirke Avot 2:11) describes Eliezer as having a mind that retains everything and Rabbi Elazar ben Arach as one with a constant stream of creativity; (3) Issi ben Yehuda (Gittin 67a), used metaphorical language to describe other sages: (I list only a few of them) Rabbi Shimon “ground much grain, but produced only a little”, i.e., the most refined flour; Rabbi Yossi – whatever his reasoning, he was always right; Rabbi Elazar ben Azariah was like a box of perfumes, so exquisite were his teachings; and Rabbi Yishmael was a “well-stocked store”.

I believe we would do well in our own lives to consider and review if we have friends about whom we could say the same words as Rabbi Tarfon.  Hopefully, the answer is “Yes”, for it would be one of the great blessings of life.