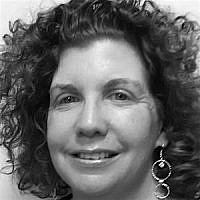 The Blogs
Lauren Adilev
Creator, Innovator, Seeking Motivator
Apply for a Blog
Please note that the posts on The Blogs are contributed by third parties. The opinions, facts and any media content in them are presented solely by the authors, and neither The Times of Israel nor its partners assume any responsibility for them. Please contact us in case of abuse. In case of abuse,
Report this post.

When I was a girl I attended a youth group meeting. The counselors had recently returned from Israel and described the country in such glowing terms that I declared I was going to move there. I made aliyah in 1989 and was so naïve. I thought there was no need to learn how to type in English. Who used English in Israel? I imagined living in a small apartment with a few kids eking out a living with tomatoes and cucumbers as the staples. When I lived here in the mid-eighties almost no one had a (house) phone, a new car was an ancient Fiat and there was a relaxed friendly vibe everywhere. I couldn’t see that Israel would grow and develop. I thought okay I can move to Israel with $200 since no one had money. So I arrived with that amount, a backpack and my naïve images.

I had no idea. I had no idea that a year after I made aliyah Iris Azulai HY”D would step out of her home one bright Sunday morning and be murdered along with Eli Eltratz HY”D and Charlie Chelouche HY”D. I had no idea that the words of the Days of Awe prayer “who shall live and who shall die” “by stoning and by fire” would glow red when a reservist made a wrong turn on Rosh Hashana into an Arab town and was stoned and burned to death. I had no idea that my friend Eliraz would toss her head to the right and say “her head just flew” of Helena Rapp HY”D who was murdered in Bat Yam in 1992. I had no idea that in my budding Ivrit I would read “He kissed me and said l’hitraot” from a woman whose husband left for work one morning and was murdered. I had no idea I would stand at the entrance to Har Nof and stare at the poster showing Ita and Ephraim Tzur HY”D who were murdered in 1996 as they left Beit El to enjoy Chanuka at the Kotel. I had no idea that 21 beautiful young men and women would stretch their arms to heaven in their last dance at the Dolphanarium in 2001. I had no idea that I would attend the funeral of Avraham David Moses HY”D, one of the eight murdered at Mercaz Harav. I remember the intense heat and being startled at how small the body looked tucked into a tallit on a stretcher. I had no idea I would have a vision of a young girl, I believe named Avia HY”D, running with her arms outstretched towards her father when she was slammed into by a missile. I had no idea I would meet Rena Ariel and her daughter Hallel Yaffa one summer day and that 12 years later Hallel HY”D, who was born 3 months before my daughter Meira, would be brutally murdered by a piece of scum as she slept wrapped in dreams of her last dance performance. I had no idea that I would live in one neighborhood surrounded on all sides: east, west, north, south forwards and backwards the direction that we wave the lulav by people whose loved ones were murdered. I had no idea Lea Hefetz, who hosted me so graciously in her home in Jerusalem with her impish son Shuki by her side would bury him 5 years ago, after a training accident.

I was truly naïve. When my son Naphtali was born, I had 18 years until his draft into the army. I see a mountain as we climb to the top and touch the number 9. Now the question is: do I imagine him climbing higher to age 18 or running down into a valley to take part in a battle?

So I was naïve. And now that I’ve lived in Israel for over 25 years I think I can call myself a native. I’ve certainly been called “mami” enough times. What do I do with this grief? I think of how we march forward. I think of how drivers stand in silence during the Yom HaZikaron siren and then drive towards a destination. So I hold the names of our lost souls in my heart and take action, I help people like I’m certain they would. I take my friend to the Bituach Leumi office and help her with forms. I visit lively Julia, 90 years young, and help her shop. I’m sitting on a bus and a father enters with a stroller. He puts baby Ella in my arms without saying a word before he goes to pay. And I create biographies of Shoah survivors and WW2 veterans which describe harsh times yet also contain family trees dense with leaves; each leaf is another proud Israeli. Before Pesach, I take my children all over the Galilee drenched in green.

A synonym for naïve is sincere. An antonym is experienced, wise. Yes I’m a lot less naïve, yet I also have hope that Israel can flourish in the face of our losses. I accept the criticism of being naive while holding the hands of my children who are wise about our losses yet wide-eyed with dreams of serving in the IDF. I believe it’s possible to be naïve even after becoming a native. It’s a tree of life to those who grasp the Torah and I hold the Torah to me in life and in hope.

About the Author
Lauren Adilev is a writer who creates memoirs and family bio-cookbooks. She also develops marketing materials and publishes articles on sites based in Europe, Israel and the States including the Jewish Chronicle London and is developing an e-book on home organization and family life routines. She also runs Clutter's Last Stand (FB page) to help people clear their personal and spiritual space. Lauren is stranded in Gush Etzion for another 2 1/2 years and is a solo captain to a crew of two.
Related Topics
Related Posts
Comments