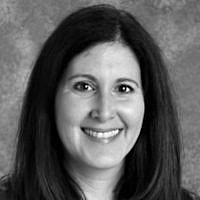 The Blogs
Erin Sternthal
Apply for a Blog
Advertisement
Please note that the posts on The Blogs are contributed by third parties. The opinions, facts and any media content in them are presented solely by the authors, and neither The Times of Israel nor its partners assume any responsibility for them. Please contact us in case of abuse. In case of abuse,
Report this post. 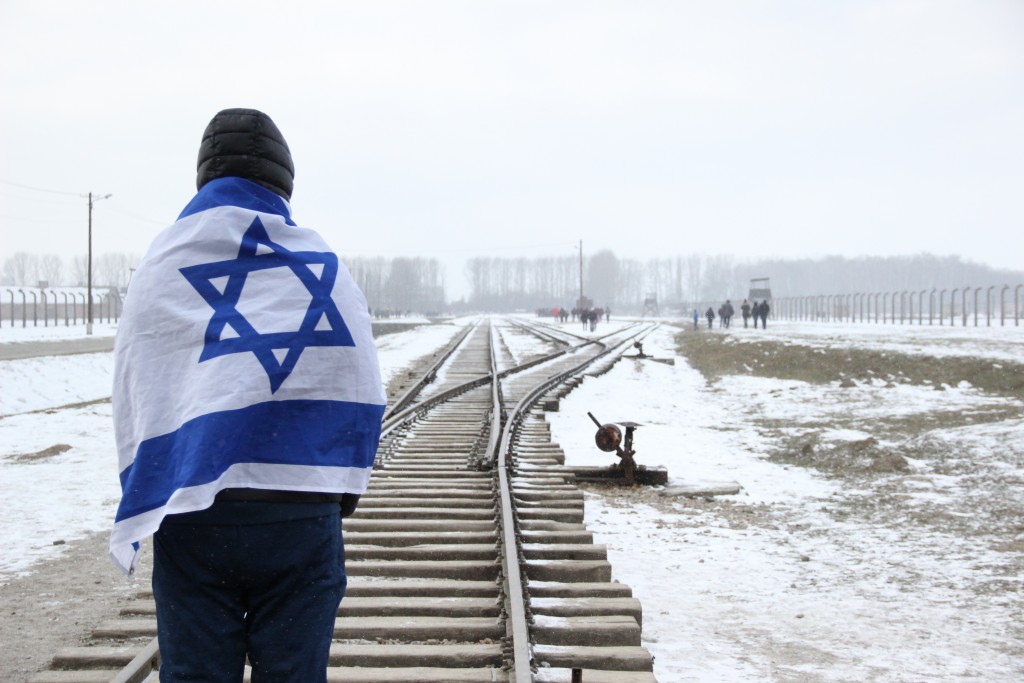 This past February, I was fortunate enough to accompany the senior class of Golda Och Academy — a private Jewish day school in West Orange, NJ — on their one-week trip to Poland. Known as Neshama, this is the highlight of the 12th grade year – spending a week in Poland learning about the past and present Jewish life in the country and then flying to Israel to live in and tour the Jewish homeland for three months.

After an emotional week in Poland, our last day was dedicated to visiting Auschwitz and Birkenau. The students were asked to take a few moments to reflect on the week and write themselves a letter. With pen and paper in hand, I chose to write a letter not to myself, but to my own children who are 11 and 8 years old. My letter to them follows.

To My Dear Children,

Here I am, sitting on the floor of the “sauna” or “bathhouse” at Birkenau (known as Auschwitz II) – the very building where Jews were brought in and tattooed with a number on their arm. It is the place where Jews were forced to hand over all of their belongings and stripped of their clothing. They were shaved and forced to “delouse” in a freezing cold shower without even a single towel to dry off. They were only given a thin, striped uniform and a pair of clogs to wear and for the life of me, I cannot fathom how anyone survived in such conditions when I am wearing layers upon layers of thermals and pants, a down coat, boots and ski gloves after standing for hours at this concentration camp in 10 degree weather.

I am sitting here after a seven-day tour throughout Poland with the seniors at Golda Och Academy reflecting on my week. The students are writing notes to themselves that they will read on Yom HaShoah in Israel, but I felt it was necessary to share my thoughts with you – to somehow help you understand why giving you such a strong Jewish upbringing is so important to me.

One day when you are older, I will share all of the details of my trip, every last detail down to the cold touch of brick as my hand pressed against the side of the crematorium at Majdanek to my utter sickness standing over the mass grave in the Zbyklitowska Gora forest that has now become a memorial for the 800 children who were marched to their death, shot and piled up, some still scrambling for their lives. Those are details I cannot bear to put into your innocent heads. So for now, I will share my journey of discovery.

As long as I can remember, I have had a burning desire to learn about the Holocaust – an inexplicable one at best. Throughout my years of Hebrew school, I waited eagerly to learn about the unit on the Holocaust. I watched every movie I could growing up. I read The Diary of Anne Frank and visited the house where she was hidden in Amsterdam. I went with Grandma to the United States Holocaust Memorial Museum in Washington DC when it first opened and held on tight to my identification card throughout the museum hoping this one person detailed on my card had actually survived.

When I got to college, I took a course on the History of the Holocaust, learning how Hitler was able to rise to power and turn innocent, commonplace people into killers. I studied abroad in Israel and studied the psychology of the Holocaust. I was in awe as I visited Yad Vashem and walked through the children’s memorial in silence, letting the candles representing the 1.5 million children lost illuminate my path and hanging on to each and every name read aloud of those who perished.

I wrote my senior thesis for the English Honors program in college about Holocaust literature. And when talking about my interest in the Holocaust on a work trip to Israel another journalist said maybe I was a Holocaust victim in a former life. Maybe I was.

So while I felt I had done much to learn about this horrific time in our history, it wasn’t enough. This trip came to me after I brought a Holocaust documentary film project to school this year. The school needed another chaperone and thought I would be a good fit. No one could predict how this trip would change me.

Before I left for Poland, Grandma told me my great-grandmother was killed in Auschwitz. I had never heard that before and asked her how she knew. She said a distant cousin had looked it up and found it in the Yad Vashem records. Yet when I searched online, I couldn’t locate the information so I kind of dismissed it.

A few days ago, while we were in Krakow, I told our tour guide, Jon, that my grandparents were from Salonica, Greece. He was fascinated by the Jews of Salonica. Why? They were forced to buy a one-way train ticket to Auschwitz. Wheels were starting to turn in my head. How was my grandfather able to come to America if his mother was killed in Auschwitz?

A follow-up text to my mom revealed that my great-grandfather was killed in a bank robbery in Greece when my grandfather was only five. His mother sent him to live with his aunt in Israel, and he then emigrated to America as a teenager with one of his cousins.

In Auschwitz, which we visited earlier today, there is an entire room filled with a standing Book of Names that reads: “The names of the murdered are inscribed in this book as an eternal memorial.”

I looked around the room and watched as other people searched through the pages. I was instantly drawn to look. I had somehow placed myself at the exact spot of the  F’s and with a few turns of the pages I found it – “Esther Frances from Salonica, Greece murdered in Auschwitz.”

I froze. I looked around the room to see if anyone else had witnessed this unbelievable discovery. My hands started to shake as I took my camera and held the page so I could take a picture. My camera wouldn’t snap the photo. I tried again. How could this be happening? How could I have come this far and not be able to document this? I stepped farther away, held my hand on the page and took a deep breath to calm myself down. The sunlight from the window in that room in Auschwitz was streaming in, illuminating the page. I made sure through my blurred vision, eyes filled with tears, that I had the right spot again. After a few attempts, the camera shutter clicked.

And then, at once, everything clicked.

You see, I am named after my great-grandmother, Esther Frances. I am her namesake. For my entire life, I have carried her spirit with me. She has been quietly urging me in every stage of life to dig deeper – to find her and to never forget. And here I was, in the place where she was brutally and unjustly murdered, and she was silently calling out to me.

Outside of the crematorium at Birkenau our group of 52 students and staff held a memorial ceremony. As everyone took turns saying the names of the family members lost in the Holocaust, I said my great-grandmother’s in my head. It was too raw to share. I repeated the Mourner’s Kaddish and through tears sang Hatikvah. I tried to light a yahrzeit candle through the brutal wind and placed it in front of the remains of one of the four crematorium, perhaps her burial place. It lit only for a second. Somehow that was all I needed.

I hope and pray one day you too will take this journey. It isn’t a journey I chose, but it’s one I was destined to take. You will walk the path of those Jews who had a vibrant life before Hitler came to power. You will pray in the synagogues they prayed in and walk the streets that once bustled with our people – where children laughed and families loved. You will visit the memorials that are the only marker of where Jews were deported from the ghettos, separated from families, stuck in cattle cars for days with no food to eat or water to drink. You will see the barracks, the latrines, the deplorable living conditions. You will hear stories of torture and brutality. And then you will open the Book of Names, the book of our ancestors, and bear witness. And you too will never forget.

About the Author
Erin Sternthal is the Marketing and Communications Associate at Golda Och Academy, a Pre-K through 12th grade Jewish day school in West Orange. Additionally, she is the coordinator for the Names, Not Numbers Holocaust documentary film program for GOA high school students in grades 10-12. Prior to working at Golda Och Academy, Erin was a senior editor for Travel Agent Magazine where she covered the hotel sector, traveling extensively throughout the world. She also wrote for sister magazine Luxury Travel Advisor and has freelanced for Brides Magazine, OMMA Magazine and the Boston Herald.
Comments