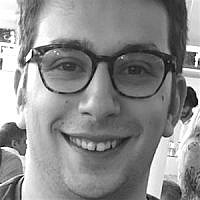 The Blogs
Jack Radivan
Apply for a Blog
Please note that the posts on The Blogs are contributed by third parties. The opinions, facts and any media content in them are presented solely by the authors, and neither The Times of Israel nor its partners assume any responsibility for them. Please contact us in case of abuse. In case of abuse,
Report this post.

During my first years at university Liverpool Jsoc was on the ropes.

For almost two years we battled a Boycott, Divestment and Sanctions (BDS) motion at the students’ union of Liverpool University, that would simply not lie down.

Unfortunately – through no fault of our own – we were on the back foot from the off. The Friends of Palestine Society posted the motion on the “change it” page of the students’ union website, where they had prepared ample evidence in support of the motion. In fact, we did not even notice that the motion was on the website until the deadline to post evidence for or against the motion had almost passed!

This was followed by an emergency Jsoc meeting, where we tried to understand what this motion meant, and how best to go about beating it. Following several largely unproductive meetings with the students’ union officers – which included the now famous one liner – when asking the officers why the BDS motion was being discussed at the same time as a motion titled: “Should Burlesque and Pole-Dancing be allowed to be performed by student groups in the Liverpool Guild of Students?” – “Excuse me?! People feel very strongly about pole dancing too!”

Needless to say, we were not to receive much help from the students’ union itself.

Following this, the motion was voted down in three successive summit meetings, over the space of four months. Yes, the motion lost three times but it still did not lose! Welcome to University.

The Friends of Palestine society created a petition, which, after receiving the signatures of 1% of the student body – roughly 300 people – they could take the motion to a campus wide vote.

This vote was then postponed until the following term due to exams, and did not take place until November, over a year since the original motion was posted!

Unfortunately, we lost the vote and the motion passed. Over a year of hard work had amounted to nothing, we had nothing to show for ourselves.

Throughout this whole saga, all our efforts were based on this motion. All our efforts were on their terms, this was not Israel advocacy. This was a mixture of politics and tactics on how to stop the motion, and how to try and show the student body the truth behind the BDS movement.

It was not until the following year that I was introduced to a different advocacy tactic, being proactive! Rather than waiting for something to happen, be it a BDS motion or an inflammatory speaker on campus, get out there and make a difference, have the discussion on your terms.

The StandWithUs leadership programme encouraged me to initiate a campus project. An Israel advocacy project on my campus with the intention of helping people see Israel for what it is, and show them a different perspective from the BDS and ‘Israeli Apartheid Week’ events normally held on campus.

Aside from that, the leadership programme enabled me to meet other pro-Israel students from up and down the country. Discussing things that worked – and didn’t work – on campus helped me significantly to change the mood on campus in Liverpool.

A campus project I started in Liverpool was the “Falafel for Facts” campaign. Each week, we brought to campus falafel, pita and houmous from the local deli, as well as Israeli flags, leaflets and a small list of facts about Israel. We started giving out falafel to passersby and talking to them about Israel.

The purpose of the campaign was to start the conversation about Israel. Talking to people and asking what they already knew or had heard about the country. We occasionally corrected their facts a little but also enlightened them to know a little more.

We were talking about the 90%! Those that don’t have any interest in the goings on in Israel, instead of simply battling with the 5% who have already made up their minds!

The campaign was a wholly positive affair. After each week we went home feeling proud of ourselves – we were finally making a difference!

We were not alone. Last year on campus there were over 160 similar events held by Jewish students on campus! It is clear to see, being proactive is the way forward! Don’t wait until it’s too late, do it on your terms.

A major issue facing Jewish and pro-Israel students today on campus is learning to be proactive rather than reactive. By being proactive, we can have campaigns, we can have discussions and we can educate on our terms. We don’t need to do it on their terms – defending every exaggeration, each fact took out of context, or every minor incident being sensationalised.

I encourage all students who are interested in showing Israel in a positive light on campus, to join us at the StandWithUs student conference on the 8th of September. I’m also looking forward to working with you, the students, and the new Northern Campus Director!

Jewish News has a dedicated student section, with the Union of Jewish Students! If you have news, opinion or anything you want to share, then make sure you GET IN TOUCH: Jackm@thejngroup.com

About the Author
Jack is a Jewish student in Liverpool, studying pharmacy. He has played a key part in his Jewish society and is the Northern Campus Directer for StandWithUs
Related Topics
Related Posts
Comments