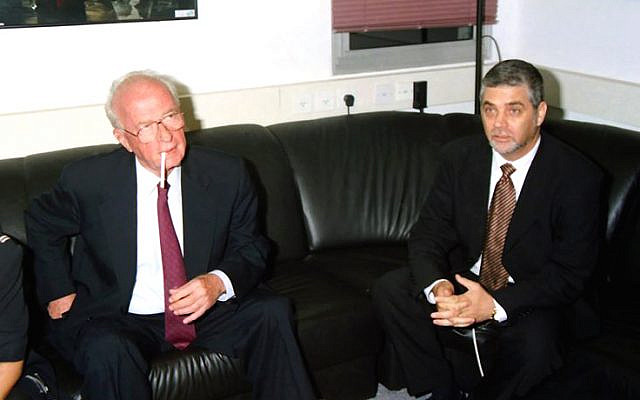 Twenty-six years have passed since the horrific murder of Prime Minister Yitzhak Rabin. The gaping wound that shook an entire nation has only grown into an ugly abscess.

Since the murder, nothing has changed or been resolved. It’s clear and painfully obvious that the murder was in vain. But if there were those who believed at the time that the event would perhaps bring about some sort of political or social change, the current Israeli reality proves the complete opposite.

The act was a futile one; not only has nothing changed, but the situation is worsening. From day to day, we are witnessing the disintegration of Israeli society.

The great loss of Yitzhak Rabin, exacerbated by the negative resonance of subsequent political and social events, can only be evaluated by looking back and comparing what happened back then, to what followed thereafter. 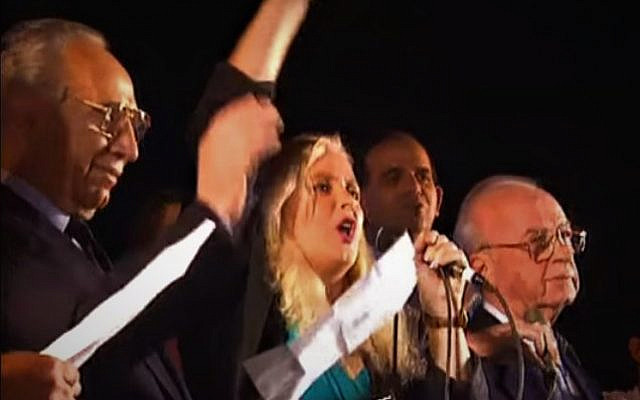 At the time, when Yitzhak Rabin refused to meet with the then-head of opposition, Bibi Netanyahu, calling him a “gang leader,” I thought that he had gone too far with this name-calling.

Today, I understand that I wasn’t knowledgeable enough to internalize, like Rabin was able, the deeper meaning of the words of incitement and rebellion that came out of Netanyahu’s mouth.

In retrospect, it turned out that Netanyahu headed a well-oiled, organized and financed system that brought the legitimate political struggle to the point of violence, incitement and – finally – an act of murder. In the background of all this, he had the cooperation of yeshiva heads, rabbis and heads of the Judea, Samaria and Gaza (Yesha) Council.

This thunderous tune is being heard once more. Even today, after the formation of the current government, that same well-oiled machine is back in operation, using the same tools from the past.

Just the other day, during a parliamentary session, the opposition leader once again pointed his barrel at the current prime minister, Naftali Bennett, and called him an “illegitimate prime minister.”

This insulting nickname was directed from a highly publicized, public position towards the person who actually received a mandate to form a legitimate government.  Yet, the reaction to this name-calling is complete indifference and is even outrageously accepted as legitimate.

The significance of the words that come out the mouth of a public figure only becomes clearer when we look back. We understand that a message that was supposedly shouted into thin air, found the attentive ears of a sleepwalking fringe-group. This same group could potentially adopt this message today, and even use it as solid ground upon which to make decisions, and which led to a pointless murder in the past.

It is our duty to shake the indifference that is shown to such statements, because history shows that there is no end to them.  Once they are spoken, they can easily turn into a terrible act.

It is imperative that this is done, so that the day doesn’t come when security forces and the General Security Service (‘Shabak’) don’t scratch their heads and try to figure out how they missed that oncoming snowball, when it was still too small to hurt, and too far to roll.

Freedom of Expression or Freedom to Incite

The distinction between these two concepts is essential, and sometimes this becomes clearer in retrospect, that a fine line lies between freedom that is enshrined in democracy and freedom that is without limitations and regulation.

In my view, Rabin’s assassination began to take shape following a particularly difficult political, security and legal incident that was carried out by members of the Jewish underground.

As you may recall, these members were charged with, and convicted of, the murder and attempted murder of hundreds of workers from the territories.  What raised eyebrows was the fact that they were pardoned, giving a false feeling to the leaders of Yesha that anything and everything is possible and permitted.  There is no lawfulness in a country where a pardon becomes the kosher stamp of approval for murder.

To this day, I still remember the visit of one of the leaders of the Yesha Council.  It was in 1987, when I served as assistant defense minister in Rabin’s office.

He warned me about a political move that could lead to Rabin becoming Prime Minister.

He said to me: “Sheves, Rabin should not be allowed to become Prime Minister” and explained to me that Rabin was an honest man whose mouth said what his heart felt. He explained to me that if Rabin wanted to work towards territorial compromise in Judea, Samaria and Gaza, he meant what he said. He said that this move would not be welcomed by the Council and would be interpreted as a violation of Halacha (Jewish law) and faith in the Land of Israel.

At the time, his warning sounded detached from reality and I, of course, didn’t heed it as I continued with my regular political activities.

I later asked the Honorable Justice Shamgar, who headed the Rabin assassination inquiry committee, why they did not bring up the legal system’s failures and suppression of incitement in their inquiry. He replied that these subjects were not defined in the inquiry committee’s letter of appointment.

In other words, the State of Israel owes a heavy moral debt to Yitzhak Rabin as it did not check, investigate, or ask questions about what led up to the murder. This is also why the wound still remains open and festered, bleeding into our bodies to this day.

Oslo Opponents Celebrate the Benefits of an Interim Agreement

A person not-in-the-know, witnessing the harsh criticism directed towards the Oslo Accords, may think that this is a terrible agreement that was signed 26 years ago. But those who have in-depth knowledge of the agreement, understand that although one hand waves angrily against the Accords, the other hand secretly embraces it.

Returning to the origins of the Accords, Rabin’s intention was to create a temporary agreement for a period of only five years, to run it as a trial and to create a separation between the civil administration of the Palestinians in the territories and the citizens of Israel.  Civil responsibility was in fact transferred to the Palestinian Authority, while the wider security responsibilities remained in our hands.

Opponents shook their accusing fingers against the agreement, and yet, on the other hand, conveyed a completely different message. The first expression of this was seen when subsequent governments, who came after Oslo, did not rescind the agreements.

Moreover, not only did they not cancel the agreement, but they also gave legitimacy to the temporary agreement which, as mentioned, was only intended for a five-year period, and remains in place until today.

If we dig deep for a motive, several reasons for this will arise. The first is that every prime minister understands that, had it not been for Oslo, a substantial portion of our state coffers would have had to be invested in the Palestinians. We’re talking about ten billion shekels every year.

The second motive is security related. At the time, the head of the General Security Services said that if were not for the Oslo Accords and the security coordination between Israel and the Palestinians that resulted from them, we would have been expected to absorb around 500 – 600 security incidents each year – all of which we have managed to avoid.

In addition, the entire Israeli economy is separated from the Palestinian economy, all due to the Oslo Accords. Imagine in what a disastrous state the Israeli economy would be in if we had a shared economy. This division is a win-win for both sides.

I have no intention of being a representative of the Oslo Accords and I am fully aware that it has its weaknesses.

However, we cannot change history.

Most of the killings and acts of terrors towards Israelis occurred as a result of the murder of the Palestinians in the Cave of the Patriarchs by the murderer, Baruch Goldstein, where the settler entered the cave and shot at the worshippers. 27 Palestinians were killed and another 45 were seriously injured.

Palestinian leadership saw this as a fatal blow to Arab society and called for such incidents to be fought against.

It may well be that some of the clauses in the Oslo accords required further consideration, and I have no intention of expanding on the agreement’s faults.

One thing is crystal clear, however: this was an important agreement.

Convincing proof of this is that Netanyahu, who served as prime minister for 14 years, changed nothing in the agreement. On the contrary, he only strengthened its foundations. He gave up 13% of the West Bank in the Hebron Agreement, gave his Two-State speech at Bar Ilan and in other forums, and his actions on the ground were in line with this idea.

A year and a half ago, Israel entered into an agreement with the United States, the Deal of the Century, a peace process based on the teachings of Trump.

Surprisingly, the reactions from those same Oslo opponents and those who called Rabin a traitor and murderer, were supportive this time around. The danced joyfully through the streets of Washington and spoke about how Bibi would annex parts of the West Bank the following day.

The next day, the Deal of the Century was interpreted, and it soon became clear that the difference between Trump’s plan and the content of Rabin’s speech given in the Knesset in October, 1995, where he described his vision for a permanent arrangement, was only a few percentage points – and not in favor of Trump’s plan, which spoke about relinquishing large parts of the Negev.

Unfortunately, in Rabin’s case, he was assassinated; and since Trump’s plan was introduced, nothing has come from it, neither in its plans or the map of the territories.

Regrettably, we cannot turn back the wheels of time.  And yet, we still have one privilege – and that is to learn from the past and to make changes according to the lessons learned.

Past events lead to one clear and concise conclusion: It is time to give support to another government. Let’s give this government a chance, a government that will try to mend the rifts that were ripped open between sections of Israel’s population.